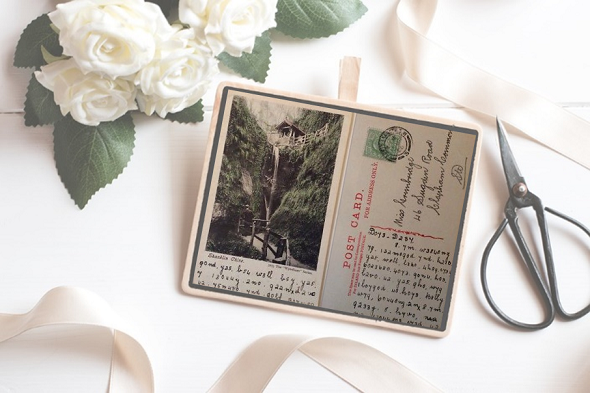 Here’s a postcard that was sent from the Isle of Wight to London in 1905. Can a reader decipher it?

When I blog about encrypted postcards, this usually means that I need to take a geography lesson. Today, this lesson has led me to the Isle of Wight, an island located in the English Channel, two miles off the coast. The Isle of Wight is the largest and second-most populous island in England. One of the Isle of Wight’s many tourist attractions is the Shanklin Chine, a wooded ravine with several waterfalls.

In 1905 a person not known to me sent a postcard depicting the Shanklin Chine to a Miss Brumbridge living in the Sugden Road in Clapham, a district of London. As can be seen, this postcard is encrypted: 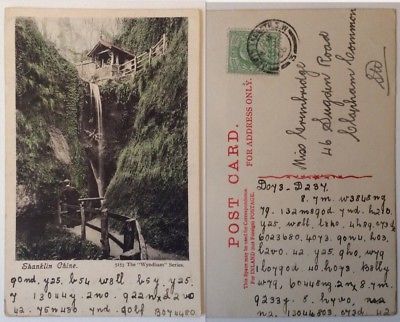 I found this postcard via Google. Apparently, it was once sold at eBay, but I couldn’t find any details. I don’t have a higher resolution version of this scan.

Frequent readers of this blog certainly know that most encrypted postcards were sent by young men to their spouses. This card seems to be no exception. At least, the recipient was an unmarried woman (she is referred to as “Miss”).

The cipher used is probably a one-to-one encryption (MASC). It doesn’t look very difficult. The message on the right side probably starts with “Dear Dora”. “y25” probably stands for “you”.