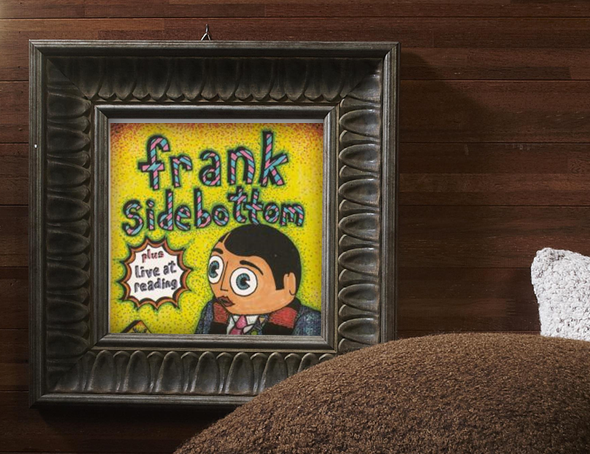 British comedian Chris Sievey, also known as Frank Sidebottom, left behind a number of encrypted messages. British Codebreakers deciphered them and will publish the solutions in a few days. Can a reader break these cryptograms beforehand?

Chris Sievey (1955-2010) was an English musician and comedian mainly known for his alter ego Frank Sidebottom. I have to admit that I had never heard of Sievey before, neither of his punkband The Freshies, until I recently Nick Pelling published a blog post about him.

Nick’s post links to a BBC News article describing a number of cryptograms Chris Sievey embedded in a few drawings. These drawings were published in his fan newsletters and football programs as well as on record and tape sleeves. Sievey’s cryptograms were unknown to the public, until Steve Sullivan, director of a new film documentary about Sievey, became aware of them years after the comedian’s early death in 2010. Here’s an example of a drawing (it’s a title page of the Frank Sidebottom newsletter COM 13): 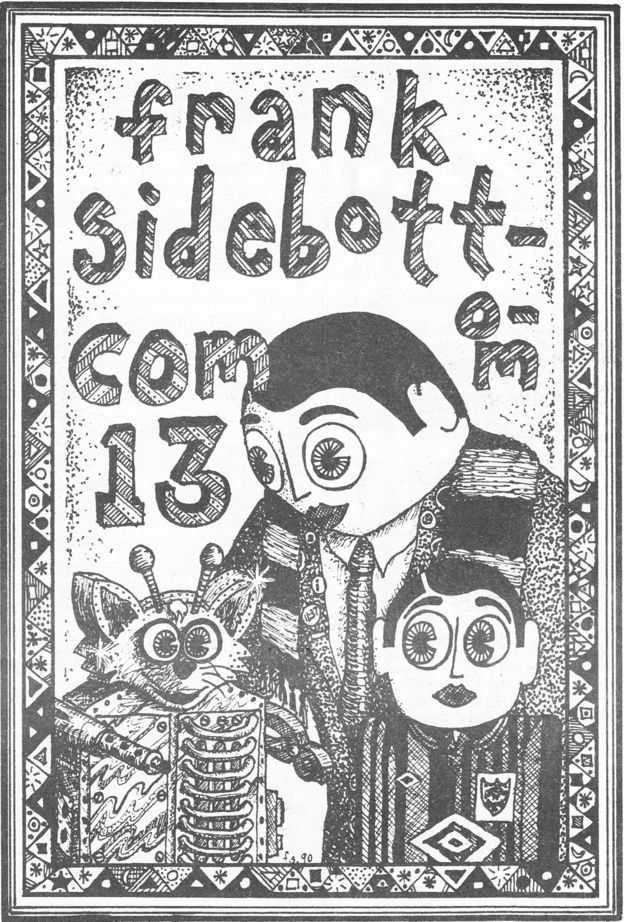 BBC News quotes Sullivan as follows: “My own attempts to crack it proved absolutely futile. I spent a while just looking at them going, ‘What could he be saying, what could this mean?’ But it was impossible to crack them, and it was entirely plausible that there wasn’t a code there and that he was just winding people up.”

Sullivan took the cryptograms to several codebreakers, but none of them could decipher anything. Eventually, he turned to the British intelligence organisation GCHQ. The GCHQ codebreakers received a hint from Sievey’s son Stirling, who recalled that his father sometimes told the children to fill an outer row of a drawing with random symbols, while Sievey would insert real code into the inner part. This meant that the frame of triangles in the picture shown above and many others probably was a red herring. Knowing this, the GCHQ codebreakers finally found a number of hidden messages in some of Sievey’s pictures, but not in the frame. For instance, the message encoded in the picture above is: “The Man From Fish EP is top secret.”

Ironically, only a few days after this dicscovery, an explanation of the cipher Sievey used was found in the back of his address book.

According to the BBC News article, all of Sievey’s codes, along wth the solutions, will be published when the film documentary (titled: Being Frank) is released on DVD on April 29th, 2019. Perhaps, a reader of this blog can find some of the hidden messages earlier. As mentioned, the message hidden in the picture above, is known – but it is not known how it was encoded.

In the BBC News article, the following picture …

… is captioned: “The border around this panel from a cassette inlay translates as: ‘Why does my nose hurt after concerts?'” This contradicts the statement made in the article that the borders of the pictures are meaningless. Perhaps, a reader can clarify this. 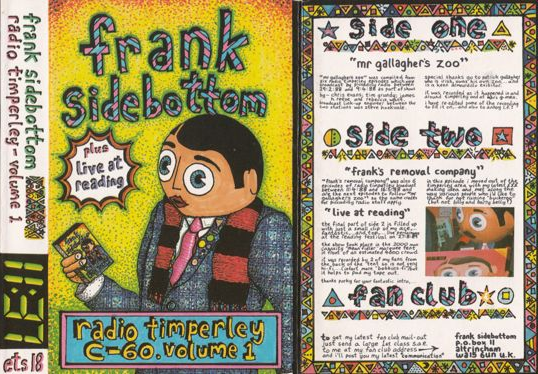 I don’t know if there’s a message hidden in one of the pictures and what it says. Again, I hope that my readers will find out more.

Can a reader say more about Chris Sievey’s hidden messages? If not, we certainly can wait until the end of the week.
Follow @KlausSchmeh