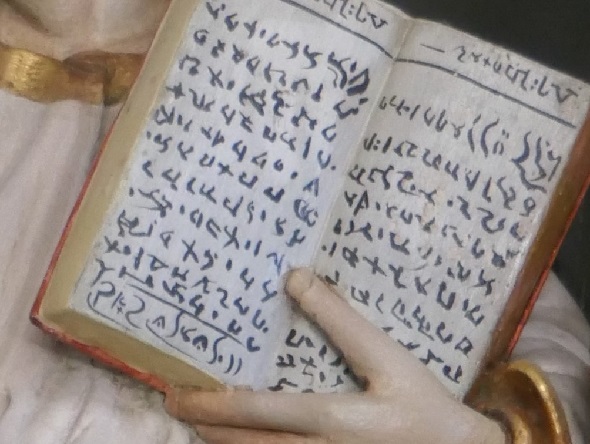 A statue in a northern German church bears an inscription nobody can read. What looks like Hebrew, might be encrypted. Can a reader make sense of this cryptogram?

Blog reader Gerhard Strasser has made me aware of an interesting crypto mystery. Though this cryptogram is a few hundred years old and located at a public place in my home country, I had never heard of it before. It is not mentioned in the crypto history literature I am aware of. I hope that a reader of this blog can shed some light on it.

The inscription in question is located in a church named “St. Andreas” in Langelsheim, a town in the German state of Lower Saxony (Niedersachsen). Langelsheim is situated on the northern end of the Harz mountains (check the Cryptologic Travel Guide for details). So far, the Harz mountains’ only claim to cryptologic fame has been an encrypted postcard sent from the village of Schierke. I blogged about this card in 2014. It was quite easy to solve.

The St. Andreas church in Langelsheim was built in the Middle Ages, but the altar is much younger. It was created around 1680 (i.e., in the baroque period) by a local artist named Lessen. The altar comprises a statue showing Luke the Evangelist with a book in his hands. This book bears the afore-mentioned mysterious inscription. 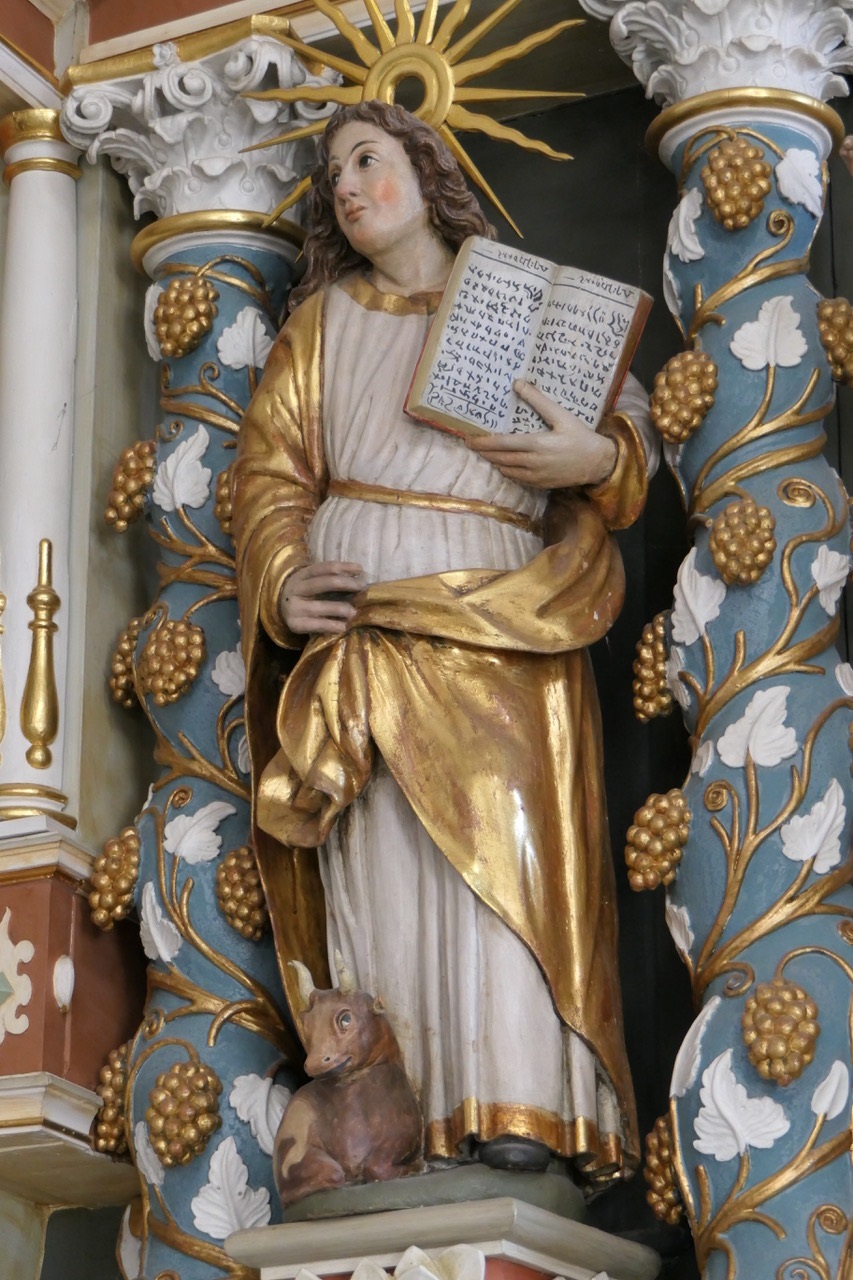 The inscription looks Hebrew, but Hebrew experts say that it doesn’t make sense. It was probably created by somebody who didn’t know Hebrew, but wanted to make this text look important. The gospels (including the one by Luke) were not written in Hebrew anyway. Their original language is Greek.

An encrypted text or nonsense?

It’s an interesting question whether this inscription is just a meaningless sequence of arbitrary symbols or if it encodes a message (in the latter case, it would be an encryption). Apparently, this question has never been answered. It is not even known if this inscription was created by the artist who made the altar or if it is a later addition.

Let’s take a closer look at the inscription: 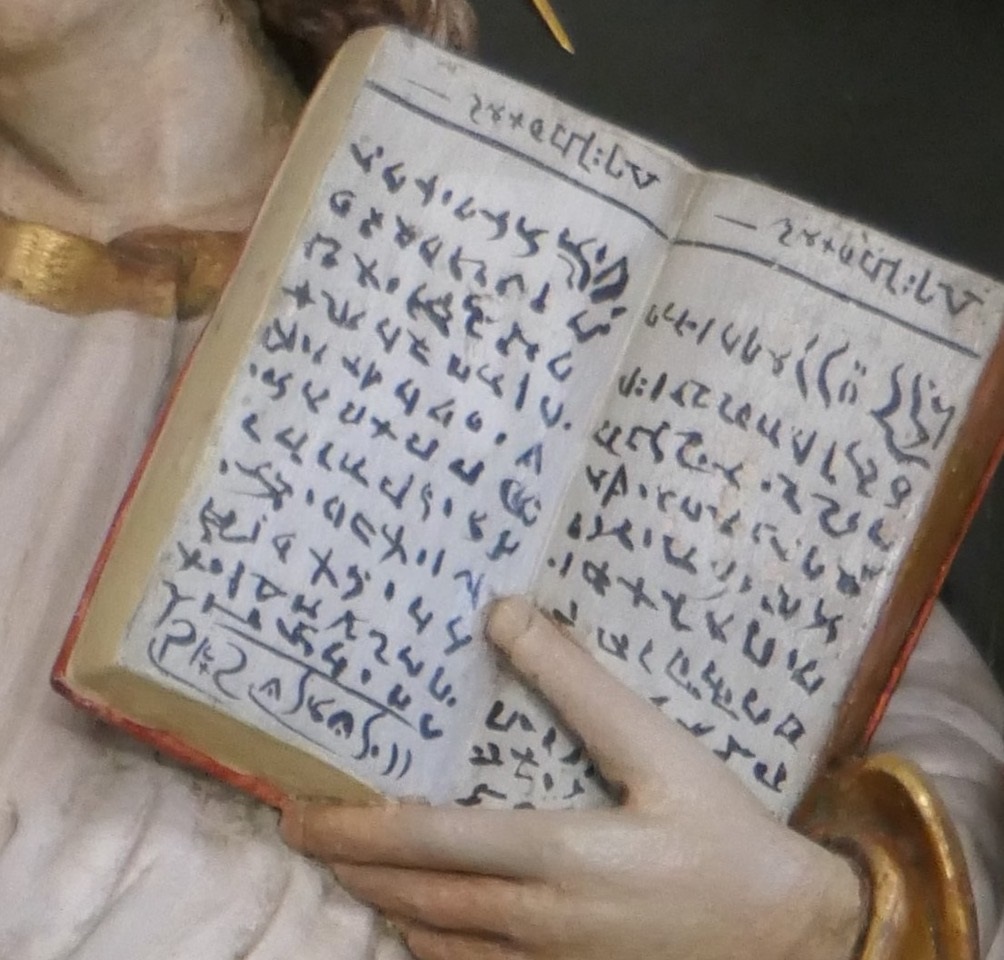 It’s needless to say that deciphering this text – if it is at all possible – will be quite a challenge. Some of the glyphs are unique, in other cases it’s difficult to tell if two of them are identical. This makes trancribing the text difficult. In addition, there are no spaces that separate words.

At least, both pages of the inscription have the same header. Perhaps, the word encoded there can be used as a crib. However, there are no letter repetitions in the header, which means that there are very many words that fit with the letter pattern. An then, it is difficult to tell if the middle part of the header (it looks like “ut”) represents one, two, or three glyphs.

Can a reader find out more about this 360-year-old mystery? If so, you have the chance to become a local hero in Langelsheim.
Follow @KlausSchmeh