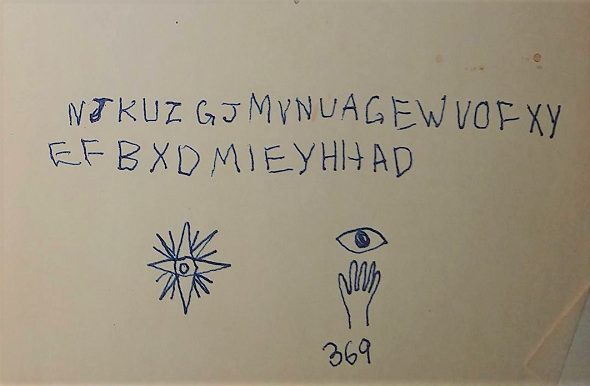 A Reddit user has found two encrypted notes and a few geographic coordinates in an old travel book. Can a reader find out what these messages mean?

Once again, I have found a nice crypto mystery on Reddit. This one was published by a Reddit user named SenJunkieEinstein three weeks ago. When leaving through a copy of Around the World in 2,000 Pictures … 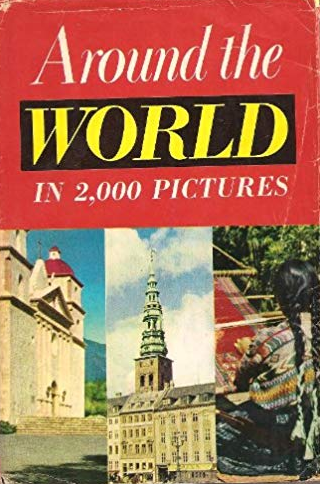 …, a travel book from 1958, SenJunkieEinstein noticed a number of hand-written notes (all of them can be seen here). Some of these can easily be recognised as geographic coordinates:

Reddit user RetiredQuantumMech wrote: “At a quick glance, the coordinates on the cover seem to be a chunk of the american south, ranging from Georgia to North Carolina. For instance 33 24 n 82 06 w is in the sw suburbs of Augusta, GA.”

In addition, the book contains two letter sequences that might represent encrypted messages: 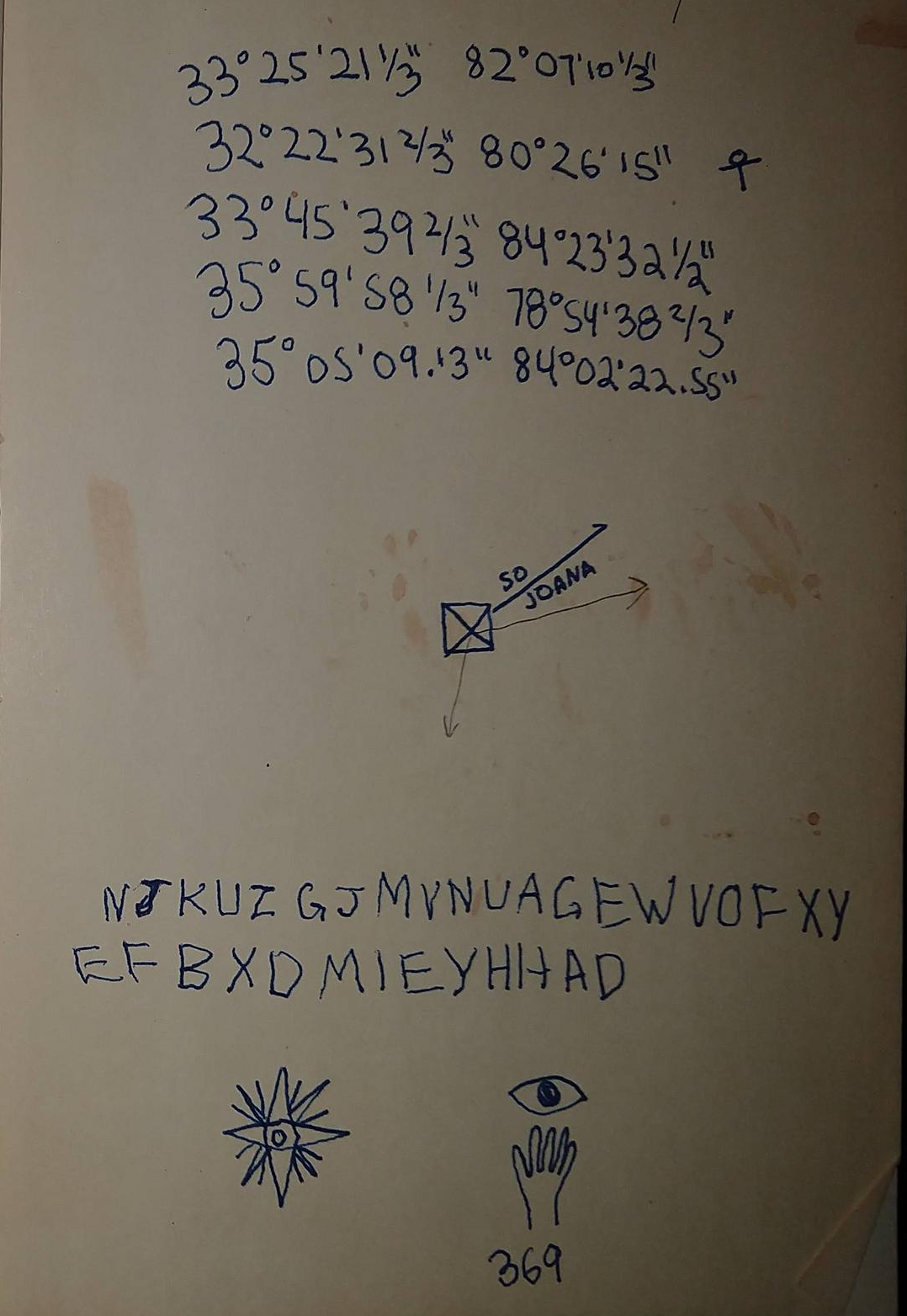 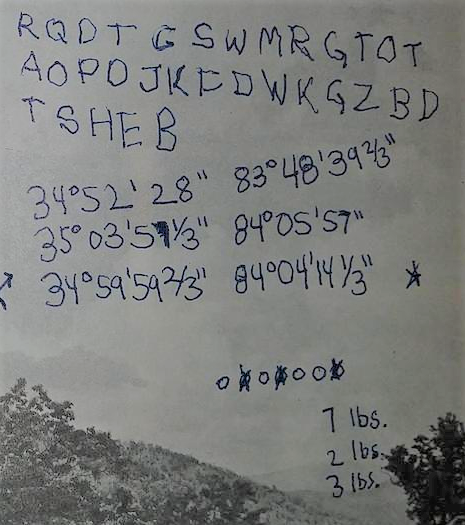 Here are transcriptions of the two cryptograms:

Reddit user vicpylon computed the Index of Coincidence (i.e., the probability that two letters randomly chosen from a text are equal) of these five lines. The result he received is 0.034. English texts usually have an Index of Coincidence of 0.067, which is about double as much. This value doesn’t change when a MASC or a transposition cipher is applied. The low Index of Coincidence indicates that the two messages in the travel book (at least when treated as one) are a lot more random than cipher text created with a MASK or a transposition cipher. A more complicated encryption algorithm (e.g., a Vigenère cipher) still is possible.

Can a reader find out more about this crypto mystery?
Follow @KlausSchmeh