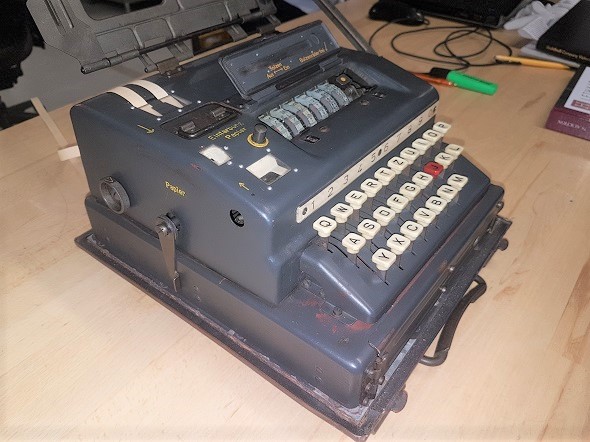 A Munich auction house is going to sell an SG-41 (Hitler mill) at auction. Blog reader Markus Sperl has been on site and has provided me a few pictures of the machine.

The Schlüsselgerät 41 (SG-41), alo known as “Hitler mill” was the successor of the Enigma in the Second World War. The encryption method the SG-41 implemented was similar, but more advanced than the one of the Hagelin C machines. Being much more secure than the Enigma, Germany’s war enemies probably wouldn’t have had a chance to break the SG-41. However, when the first copies of this device were put into service in 1943, it was already too late. Only a few hundred machines were used in practice, before the war ended in May 1945.

Considering that about 30,000 Enigmas were built, it comes as no surprise that SG-41 machines are today much rarer than Enigmas. It is therefore something special that Munich-based auction house Hermann Historica has now put an SG-41 for auction. The starting price is 75,000 Euros.

Blog reader Markus Sperl, who lives in the Munich area, visited the pre-auction exhibition and took a few photographs there. Apparently, the machine is in good condition and fully operational. 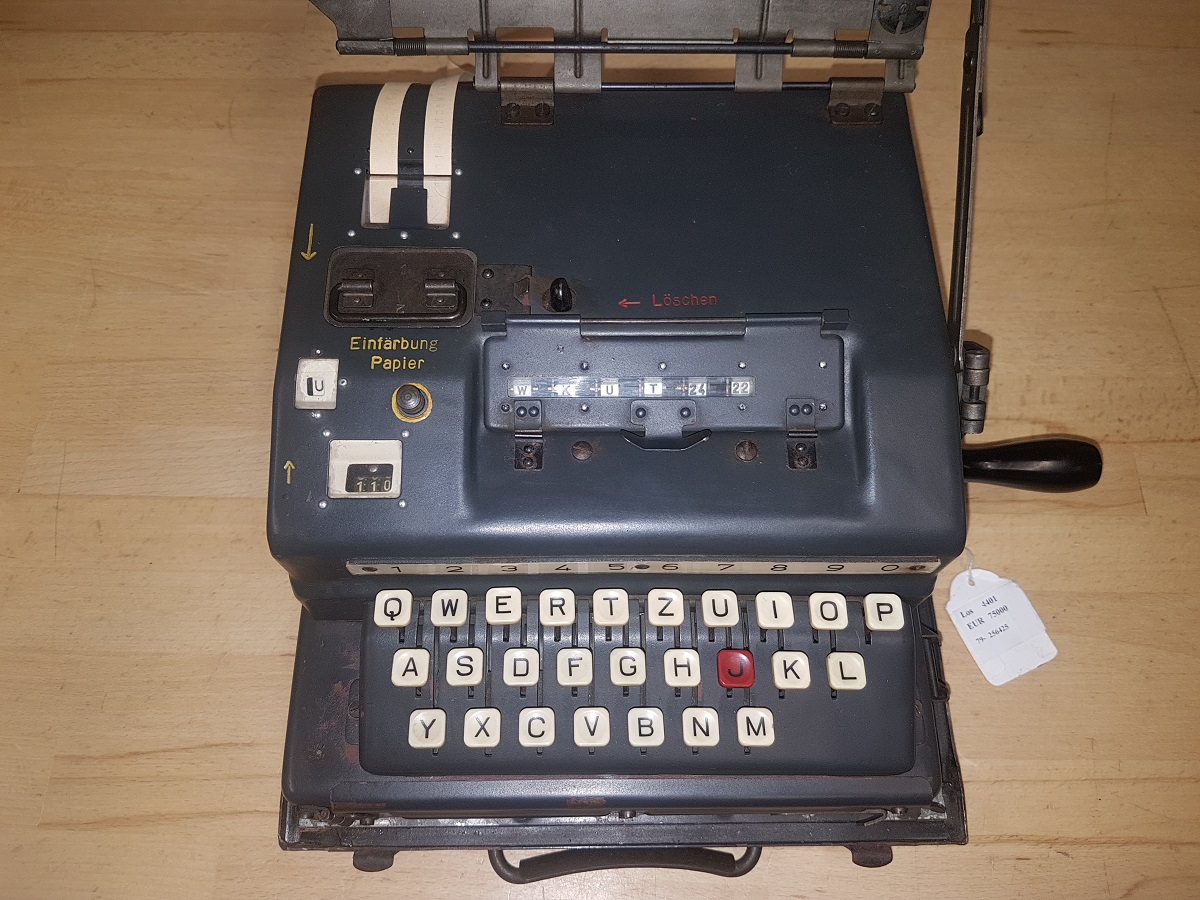 According to Markus, the auction house kept the SG-41 in a showcase behind glass. When Markus said that he was interested in the machine, though not as a buyer, managing director Dr. Bernhard Pacher took the device out of the showcase and let Markus take pictures of it. 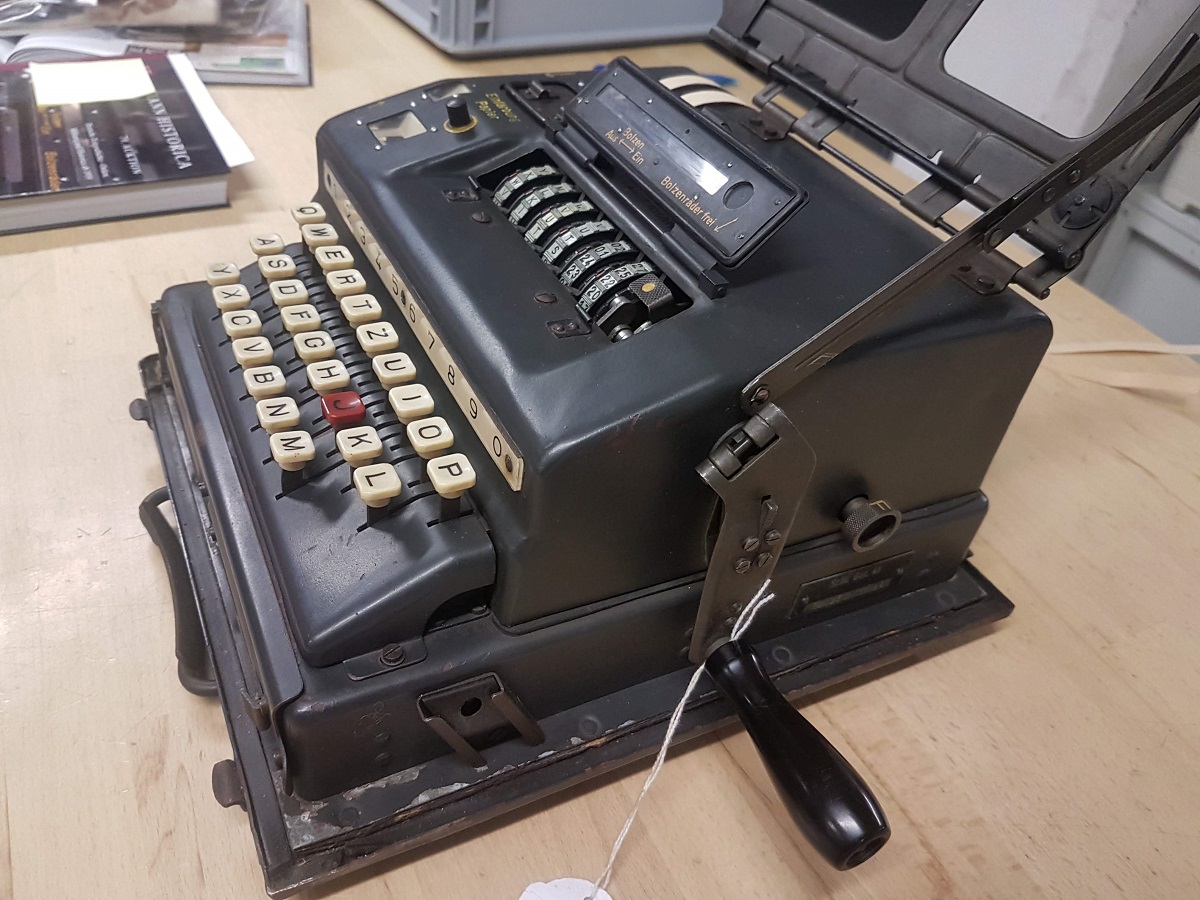 Pacher calls the machine “Super-Enigma”. This sounds a little more attractive than “Schlüsselgerät 41”, which is not a very convenient name in non-German languages. According to Pacher, this copy of the SG-41 stems from the Festungsmuseum in Reuenthal, Switzerland. I have never heard of this museum, let alone from an SG-41 that was on display there. 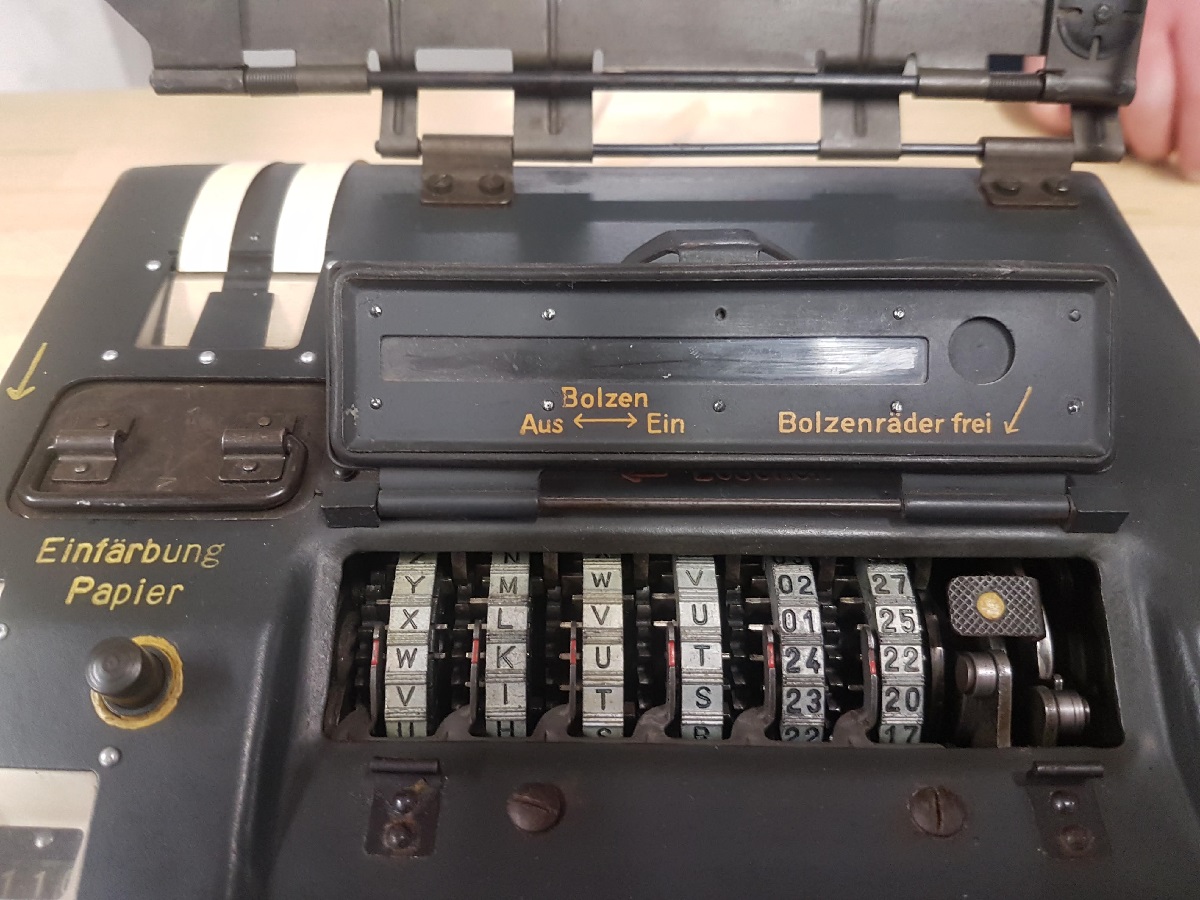 The following picture shows the serial number of the device:

The auction “Deutsche Zeitgeschichte ab 1919”, which icludes the SG-41 as well as 786 other items, is scheduled for Friday, May 24th, at 10 am. Markus plans to watch the auction on site. There’s also an internet live stream.

Thank you very much to Markus Sperl for his report and the pictures.