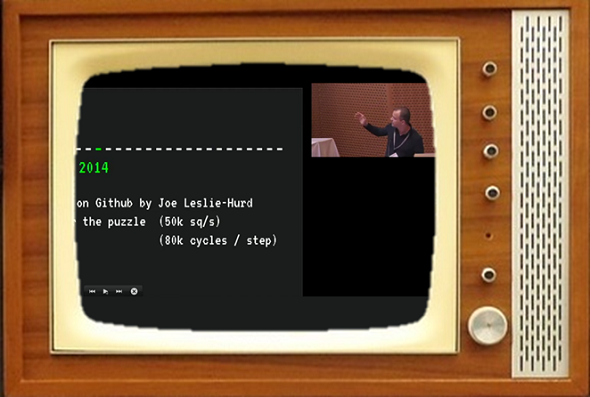 A new YouTube video shows two presentations given by Bernard Fabrot and Simon Pfeffers about how they solved LCS35. Another video shows the opening of the time capsule at the same event.

The solving of the LCS35 challenge by Belgian computer specialist Bernard Fabrot will by no doubts be remembered as one of the crypto highlights of the year 2019. I have blogged about this story twice.

Meanwhile. I have exchanged a number of emails with Bernard Fabrot and we had a very interesting Skype call. At the moment, I am writing a detailed article about LCS35 for a German computer magazine. 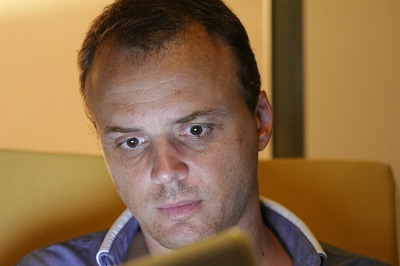 Thanks to Bernard’s support, this article will contain a lot of information that has not been published in the media so far. Of course, it will also cover the successful attack on LCS35 by the Cryptophage project led by Simon Pfeffers, which was finished only a few weeks after Bernard’s success.

In addition, I invited Bernard to give a keynote speech at HistoCrypt 2019, which he accepted. HistoCrypt 2019 takes place in Bernard’s home country Belgium. I am looking forward to meeting him in person in a few weeks.

The unsealing celebration at MIT

After Bernard had solved LCS35 in early April this year, he was invited to a celebration at the Massachusetts Institute of Technology (MIT), where the LCS35 Challenge had been started in 1999 (LCS35 inventor Ron Rivest is a professor at MIT). Simon Pfeffers was present at this event, too. Check here for an article about this celebration, featuring a picture of the main protagonists.

When LCS35 was launched 20 years ago, the LCS institute at MIT buried a time capsule containing artefacts from computer history provided by notable IT people, such as Bill Gates and Tim Berners-Lee. The LCS announced that this capsule would be opened after 35 years or when the LCS35 challenge was solved. After Bernard’s success, the latter reason was given, and so the unsealing of the time capsule took place as a part of the celebration held at MIT. Here’s a video of this procedure:

The highlights of the celebration at MIT were two talks given by Bernard Fabrot and Simon Pfeffers, in which they explained how they had solved LCS35. Here’s a video of these talks (including an introduction given by Ron Rivest):

Bernard’s talk at HistoCrypt will be similar as the one shown on the video. I’m sure, it’s going to be a highlight of this event. Bernard’s compatriots Vincent Rijmen and Joan Daemen, known as the inventors of the AES cipher, will speak, too.

During our Sykpe talk, Bernard told me that before he announced his solution in April 2019 as good as nothing substancial had ever been published about solving the LCS35 challenge. There were neither online forums nor blog posts nor scientific works discussing solution strategies or effort estimates. According to Bernard, there was only one exception, namely a comment posted by a reader calling himself YuL on this blog. After I had published a blog post titled The Top 50 unsolved encrypted messages: 48. Ron Rivest’s timelock cryptogram on February 15th, 2017, YuL wrote the following note:

Considering that Bernard needed 3.3 years, YuL’s estimate of 4 years was surprisingly accurate. To my regret, I don’t know who YuL is. I sent him a mail a few days ago, but he didn’t reply.

YuL: If you read these lines, perhaps you would like to post another comment and provide us some background information about you. Bernard, I and many of my readers would highly appreciate this.
Follow @KlausSchmeh