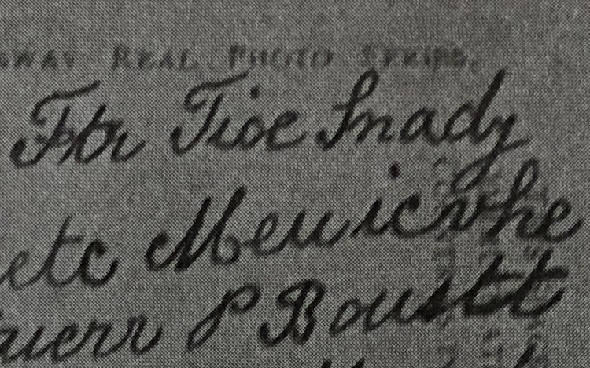 The latest issue of the ACA newsletter “The Cryptogram” introduces an encrypted postcard. The cipher used is unusual. Can you solve it anyway?

Just like many readers of this blog, I am a member of the American Cryptogram Association (ACA). The ACA is a non-profit organization dedicated to promoting the hobby and art of codebreaking. Its history goes back to the 1920s. The ACA hosts an annual convention (to my regret, I have never taken part, as it takes place on the other side of the Atlantic), the 2019 issue of which is scheduled for August 23-25 in Annapolis, Maryland.

Every member of the ACA has a nickname. For instance, Helen Fouché Gaines (1888-1940), who wrote a well-known cryptanalysis book, called herself PICCOLA. Codebreakingn pioneer Herbert Yardley (1889-1958) chose the nickname BOZO, David Kahn’s ACA names are DAKON and ISHCABIBEL. Blog reader Jim Gillogly is known as SCRYER. My ACA pseudonym is CRYPTOBLOGGER.

And then, the ACA publishes a bi-monthly newsletter: The Cryptogram. You can get a free sample issue on the ACA website. 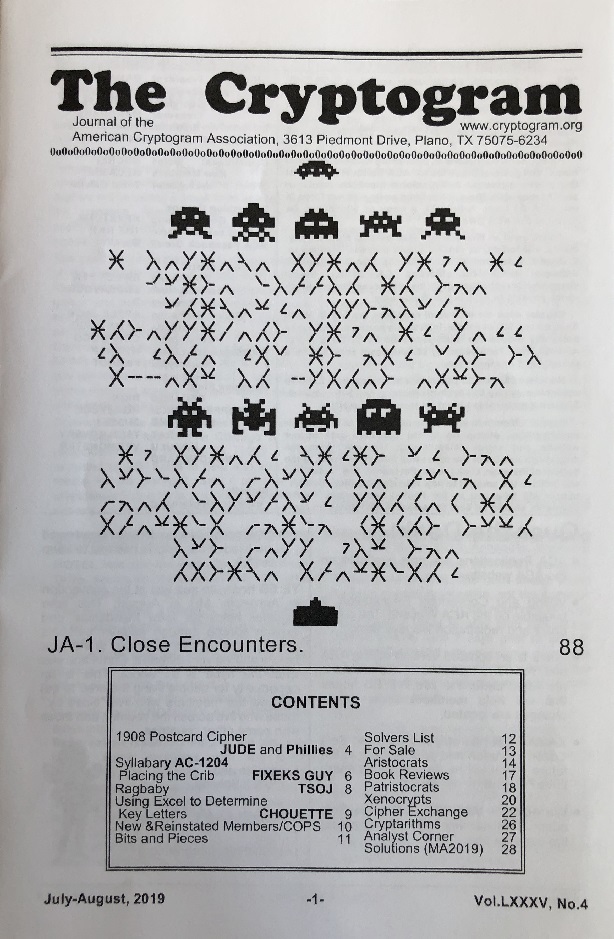 The Cryptogram always presents dozens of crypto puzzles, but contrary to this blog, cryptograms from the real world are rarely covered. However, the current issue (July-August 2019) contains an exception. It can be found on page 4, in an article titled 1908 Postcard Cipher, written by ACA member JUDE with help from PHILLIES. This article is about the following postcard message from 1908 (no details about the card are provided): 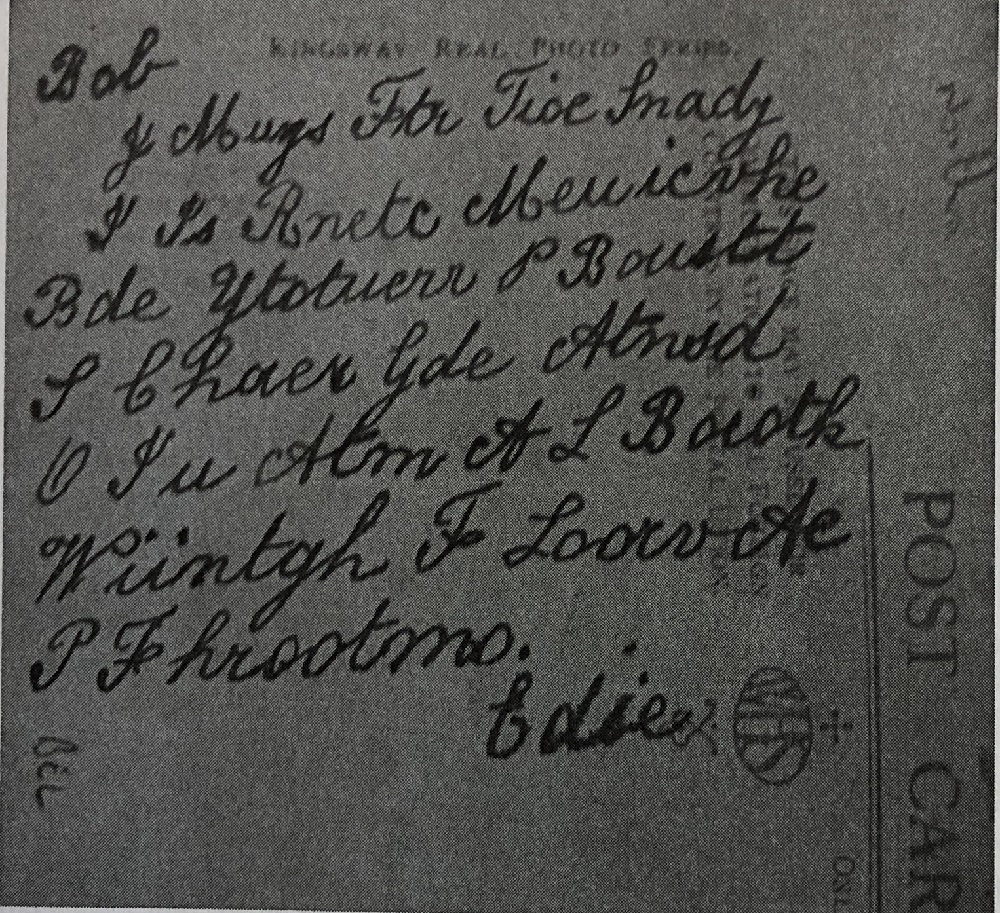 Most encrypted postcards I know are enciphered in a simple substitution cipher (MASC). As PHILLIES, the co-author of the article found out, this is not the case here. Instead, the message has been created with a transposition cipher. It is not a very difficult one, and the solution is known. Can you break this cryptogram?