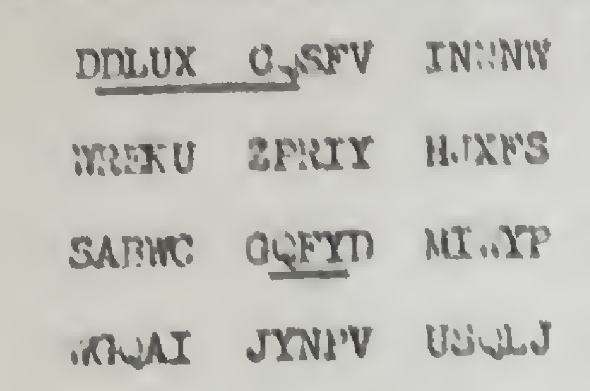 In 1941, a sender in Hamburg, Germany, transmitted an encrypted message to a receiver in Rio de Janeiro, Brazil. The encryption method and the key are known, but the plaintext has not been completely deciphered yet. 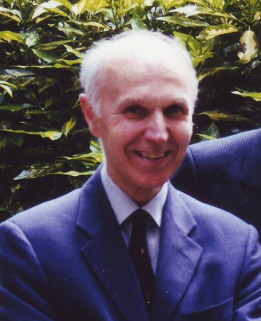 … has made me aware of an interesting document: a report from WW2 US Coast Guard Unit 387 about German cipher systems.

Coast Guard Unit (CGU) 387 had its origin in a codebreaking group that solved rum smuggler codes during the Prohibition, with Elizebeth Friedman (the wife of William Friedman) being the most famous member. Later, CGU 387 intercepted messages between Latin America and Germany, which became especially important when the USA entered the war against the Germans. The unit’s greatest success was the breaking of messages encrypted with a special German Enigma variant (Abwehr-Enigma), based on information received from British cryptologists in Bletchley Park.

According to the report, CGU 387 intercepted a considerable number of German radio messages. Apparently, they solved many of them. As it seems, most of the encryption systems the CGU 387 cryptanalysts encountered were not very secure. Most turned out to be manual ciphers used by German agents to communicate with their intelligence organisations. Some of the systems were based on the Rudolf Mosse Code, an international, non-secret telegraphy code.

On page 17 of the report, the following message sent in October 1941 from Hamburg, Germany, to Rio de Janeiro, Brazil, is reproduced: 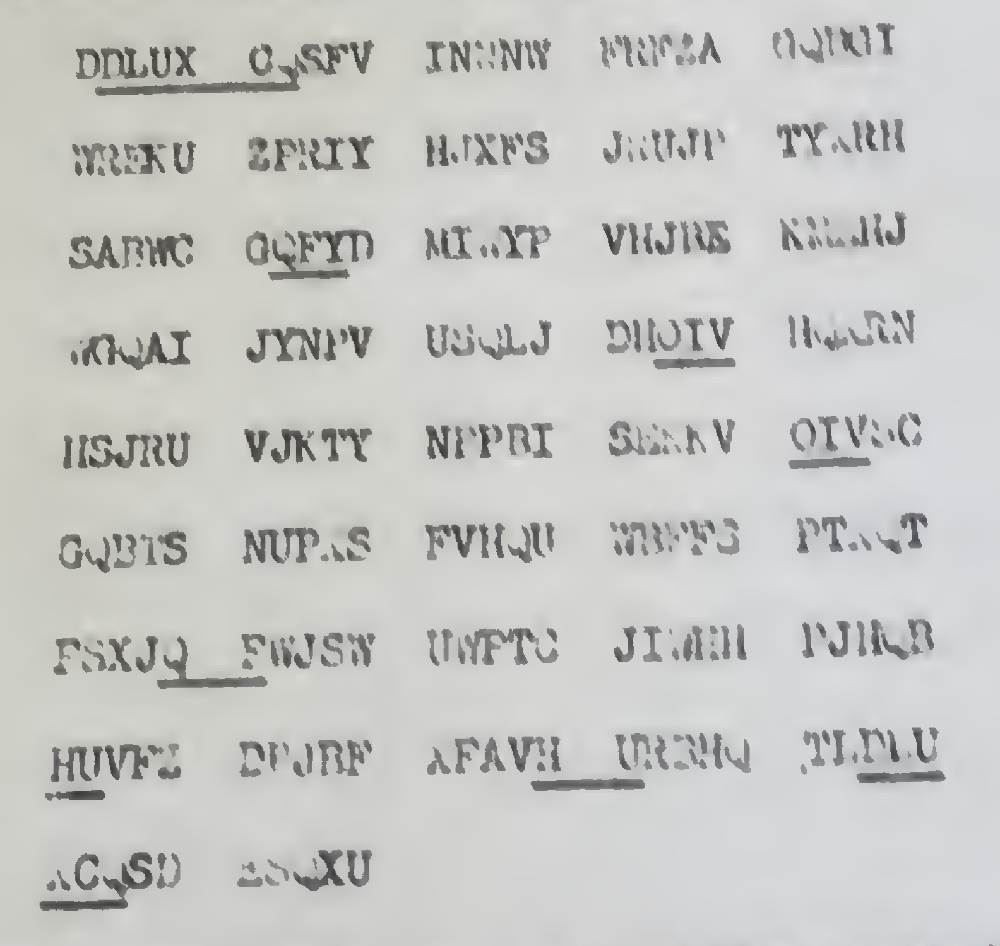 This ciphertext is encrypted in a Vigenère cipher. The key is not a word, as one would expect, but the following number: 3141592. This digit sequence is derived from Pi (3.141592…). The first seven letters are decrypted as follows:

According to the report, the CGU 387 codebreakers determined the key length by looking for repetitions (this method is also known as Kasiski examination):

Transcribing this message proved difficult, as some letters are hard to read. In addition, some of the characters are obviously wrong. After several corrections of my first try, here is the best version I got:

When I decrypt this message with Cryptool 2 (the key 3141592 corresponds with the letter sequence DBEBFJC), I receive:

This can be interpeted as follows (STOP means period):

Eight. Received your message from April 2. Expect you ?????. Gave you from March 30 to April 9 only letter groups without sense. With respect to support, wait for message F from Carlos

This message makes perfect sense, except for the passage ZVVORMEICHMHGEHENZEITEN. There must be a mistake in the original or in my transcription – perhaps a missing letter or a few false ones. Can a reader find out what the correct version of the plaintext is?
Follow @KlausSchmeh