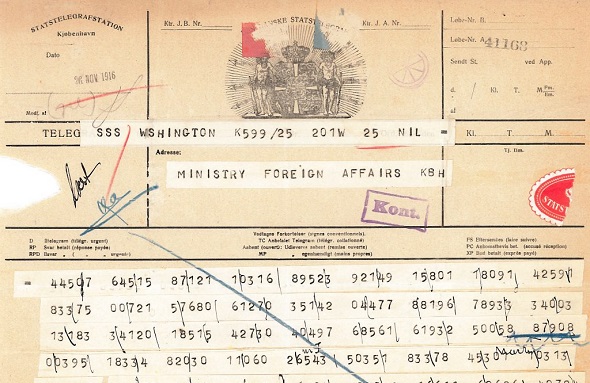 In 1916, the USA bought the West Indian islands from Denmark. An encrypted telegram about this purchase, sent by the Danish ambassador, is available on a website.

Blog reader Christof Rieber from Vienna has made me aware of an article published on a blog about the history of the Danish-West Indies. The Danish West-Indies were a Danish colony in the Caribbean, consisting of a few islands.

In 1917, Denmark sold the islands for 25 million dollars to the United States, who renamed them to United States Virgin Islands. The aforementioned blog post introduces two telegrams that were sent in 1916, during the negotiations between the USA and Denmark about the sales. The first telegram was sent by news agency Reuters from the Danish West-Indies to Copenhagen. The press had got wind of the planned sale and the negotiations could no longer be kept secret. 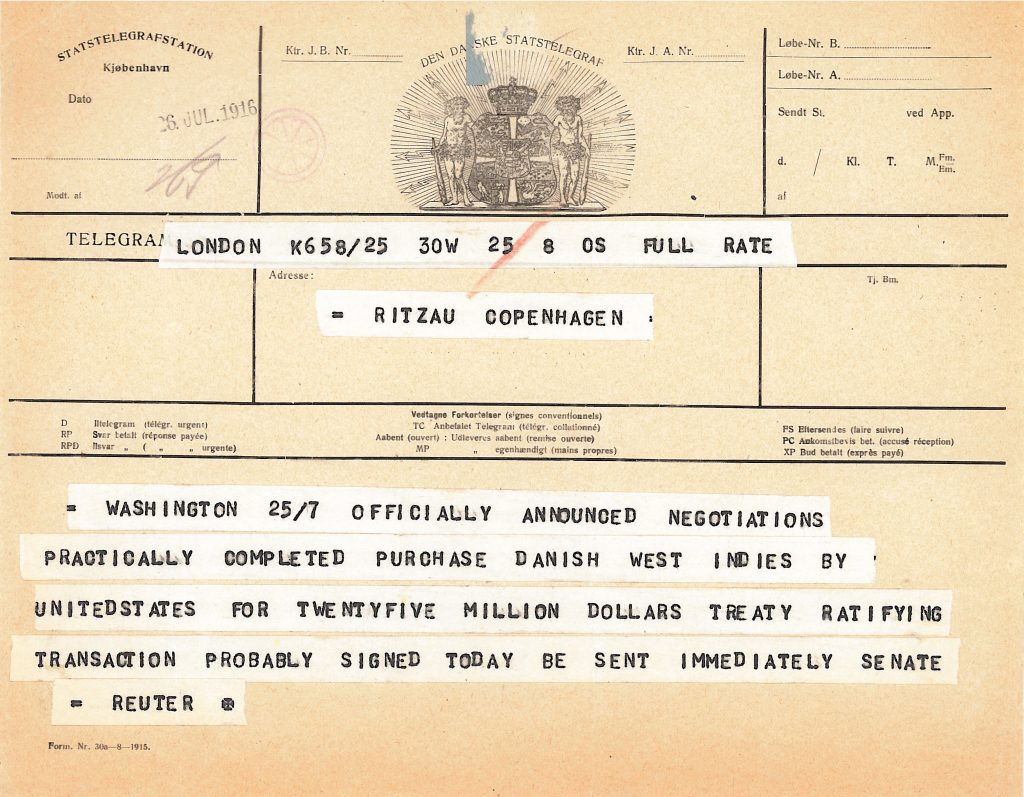 The second telegram was sent on November 26th, 1916 by the Danish ambassador in Washington to the Ministry of Foreign Affairs in Copenhagen. This one is more interesting for us because it is encrypted: 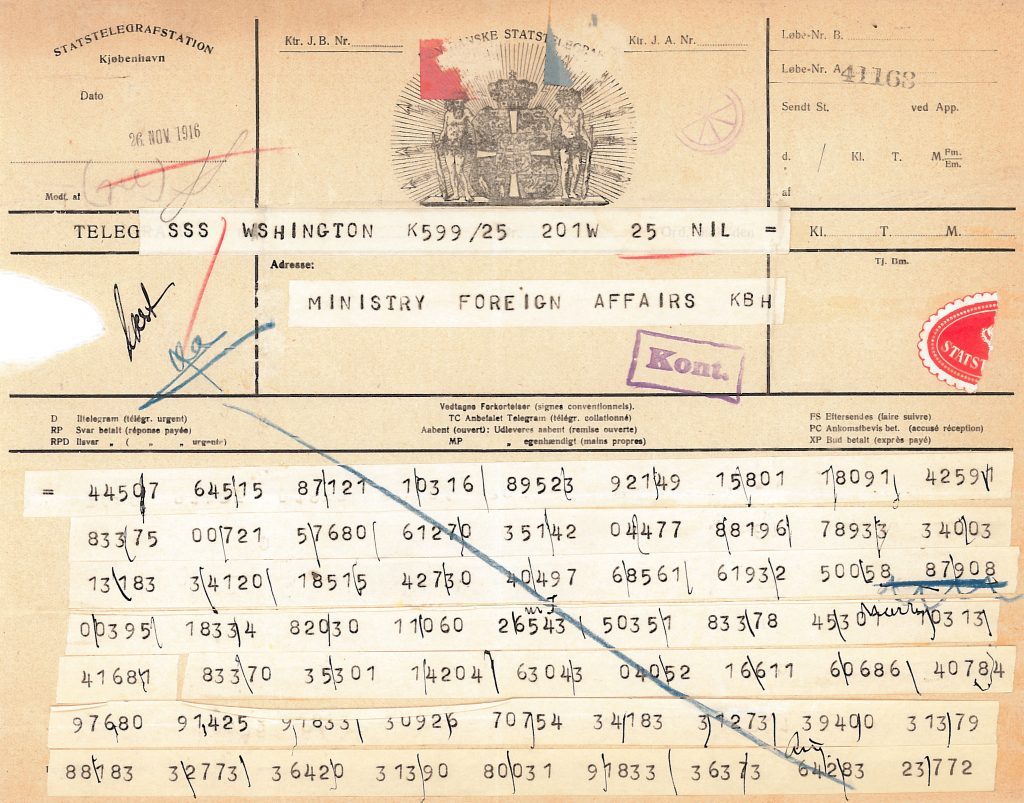 How was it encrypted?

According to the article, this telegram concerned which documents from the sales negotiations could be published. Neither the plaintext nor the encryption method used is mentioned in the post.

It is pretty likely that a code was used for encrypting this telegram. A (cryptographic) code is based on a codebook that lists a code group (in this case a five-digit number) for every commom word of a certain language.

Telegrams encrypted in a code are nothing unusual. Governments, military organisations, and diplomatic services usually had their own codebooks, which were, of course, kept secret. Can a user identify the codebook or decrypt the telegram in a different way?

The two best sources for historical codebooks are the websites of Satoshi Tomokiyo and John McVey. Of course, checking the material the author of the aforementioned blog article found in the Danish National Archives is another option to solve this mystery.

Edited to add: In the original version of this article I wrote that the encrypted telegram was written from the Danish government to the US government. I corrected this.
Follow @KlausSchmeh