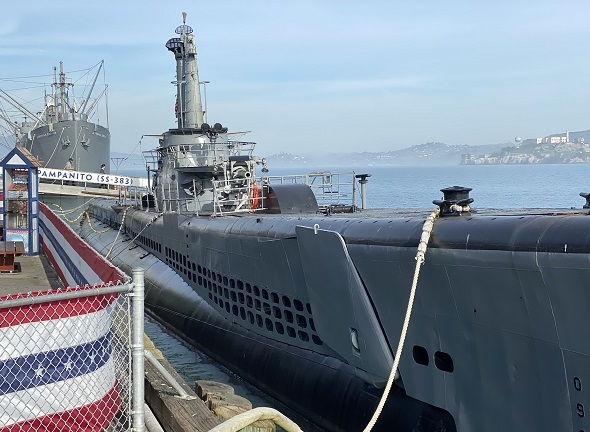 Today I visited the USS Pampanito, a museum u-boat at Fisherman’s Wharf in San Francisco. I was especially interested in the encryption machine that is allegedly on display on this ship. My trip ended up as a disappointment.