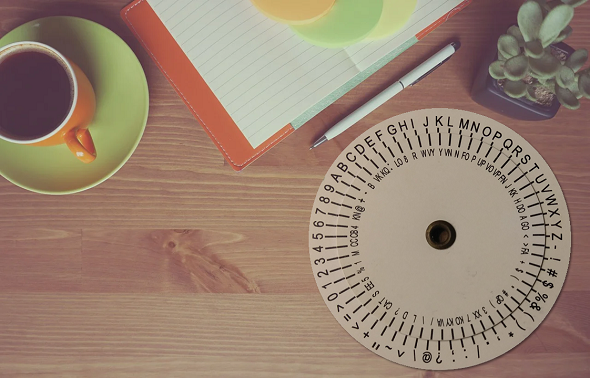 A cipher disk introduced on Reddit looks like a mass-produced item from the 20th century. Does a reader have any information about this crypto tool?

First of all, let me mention that there’s a technical problem with the blogging software I use. More and more subscribers complain that they don’t receive notification e-mails any more when a new post is published. I’m aware of this issue and I have informed the portal operator about it several times. To my regret, the admins don’t know why I’m having this problem and how to fix it. They say that a software update is going to be installed soon and that this might solve the issuse, but at the moment nothing can be done.

If you are a subscriber of this blog, could you please do me a favor? Send me a short mail or write a short comment that tells me if you still receive the subscription mails. If you don’t receive them, since when does this happen? If you have made an observation that might help to diagnose the problem, please let me know. Thanks for your support!

The crypto-related topic I’m going to cover today is once again taken from the Codes & Ciphers group on Reddit (/r/codes). Earlier this week, a Reddit user calling himself YanniRotten posted a picture of a cipher disk. Here it is: 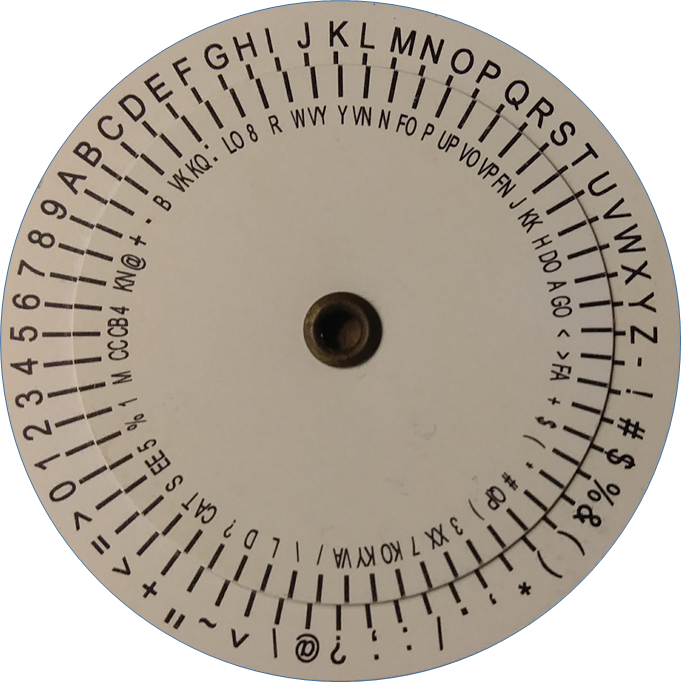 To my regret, YanniRotten‘s  Reddit post doesn’t provide much background information. He wrote: “Unfortunately, I have zero context for this thing. I just found it randomly, it didn’t belong to a relative or suchlike. Wheels are made of plastic, center appears to be brass.”

Cipher disks are nothing uncommon. Starting in the 15th century, tools of this kind have been in wide-spread use. The following one belongs to Autrian collector Günter Hütter: 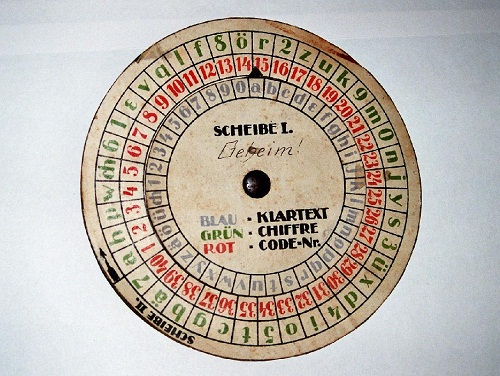 Here are two cipher disks I saw at the Bundesamt für Sicherheit in der Informationstechnik (BSI) and at the Heinz Nixdorf MuseumsForum: 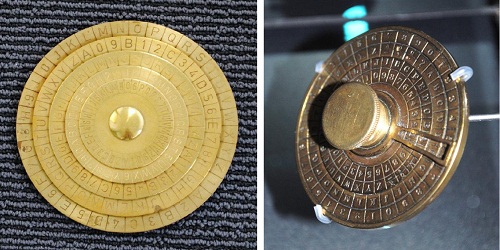 The cipher disk I found on Reddit is special in many respects. Most of all, it looks like a mass-produced item from the second half of the 20th century. This is unusual, as cipher disks haven’t played much of a role any more in recent decades, except when they were used as toys (but this specimen is certainly not a toy).

In addition, it is unusual that many of the characters on the disk are mapped to letter pairs. This concept makes the ciphertext longer than the plaintext without increasing security. I have no idea why this disk is constructed this way.

The alphabet used on the disk contains digits as well as a number of special signs (“@”, “#”, …), but no language-specific characters such as Ä, È, or Ÿ. This suggests that the disk was used for English texts.

Has a reader ever seen a cipher disk of this kind? If so, where was it used and for which purpose? Any help is welcome.
Follow @KlausSchmeh