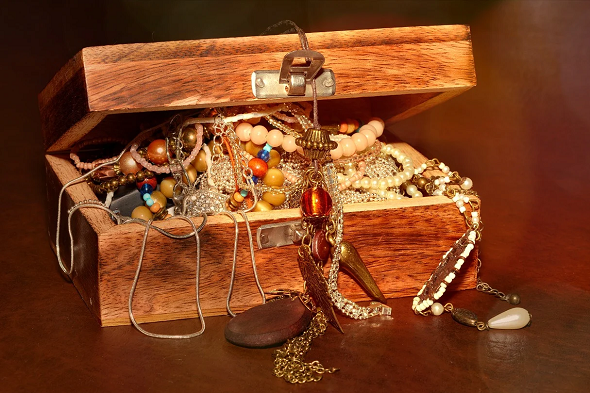 For ten years, adventurers and puzzle fans have been hunting for a treasure hidden by US millionaire Forrest Fenn. As it seems, a person who wants to stay anonymous has now found it.

Yesterday, my co-author Elonka Dunin and I handed in the manuscript of our book Codebreaking: A Practical Guide, which will be published in November this year. If your looking for a nice Christmas present, consider this ground-breaking work.

A few hours before Elonka and I sent our files to the publishing company, I received an e-mail from Ralf Bülow, who made me aware of an article stating that Forrest Fenn’s infamous treasure has been found. Craig Bauer, Hias, and Dave Oranchak informed me about the same issue. Thanks to you all for your support.

The Fenn treasure was one of my favorite topics in the early years of this blog. I published five articles about this story (in German), all of which proved extremely popular among my readers.

In 2018, I covered the Fenn treasure in an article about encrypted treasure descriptions. In my view, most of these stories are nonsense, especially the one about the Beale treasure, which was allegedly hidden by a buffalo hunter in the early 19th century. However, the Fenn treasure had in my view a good chance of being real.

Fenn (born 1931) is a retired art dealer and author who in 2010 claimed to have hidden a treasure worth over a million dollars somewhere in the Rocky Mountains. The location of the treasure could allegedly be derived from the following poem:

This poem is not a cryptogram in the narrow sense, as it doesn’t represent the result of an encryption. However, it can be regarded as a puzzle, and it attracted the interest of many crypto enthusiasts.

When asked why he created the treasure hunt, Fenn said he “just wanted to give people some hope.”

Several people claimed to have found the Fenn treasure, but none of these ever provided any evidence supporting their claim. Four people are known to have died while searching for the treasure. As a consequence, New Mexico tried to pressure Fenn into ending the hunt, but to no avail.

According to the press reports my readers made me aware of, Forrest Fenn told the Santa Fe New Mexican that his treasure has now been found. Fenn was quoted: “The guy who found it does not want his name mentioned. He’s from back East.” A photograph the man sent to Fenn served as proof for his successfull hunt. Fenn did not reveal exactly where the treasure had been hidden.

I hope, more information about the treasure and how it was found will be available soon.
Follow @KlausSchmeh