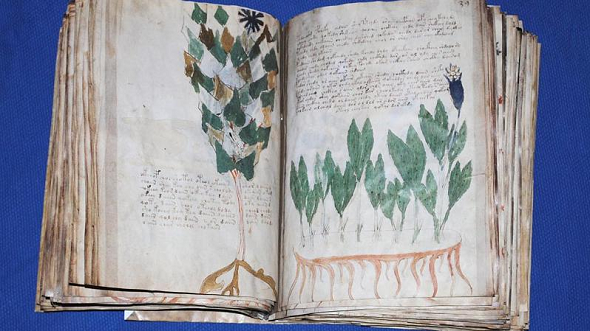 A German egyptologist claims to have deciphered the Voynich Manuscript. Does this solution make more sense than the dozens that have been published before.

The Voynich Manuscript is not only the most popular cipher mystery in the world and the number one on my Top 50 Unsolved Cryptograms list, but also the cryptogram that has been deciphered the most often. 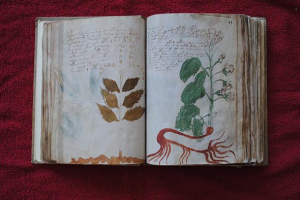 I guess that at least 60 Voynich solutions have been published over the last 100 years, with none of these having been accepted by crypto experts. I am not aware of a list containing all alleged Voynich decipherments and I don’t think anybody will ever be interested in compiling one. An incomplete list has been published by René Zandbergen, who is my view the world’s leading Voynich expert.

The problem is that if one assumes a complicated encryption method (e.g., a MASC with homophones, polyphones, nulls, and abbreviations) and/or an exotic plaintext language (e.g., a lost Armenian dialect from the middle ages), it is always possible to “decrypt” text passages from the Voynich manuscript into something that looks more or less meaningful. For this reason, I’m always suspicious when I hear about a new Voynich decipherment. 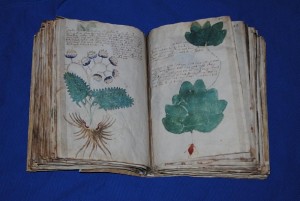 If you happen to have solved the Voynich Manuscript, too, I recommend doing two things:

Of course, there are many other online sources about the Voynich Manuscript. Especially, I recommend the Voynich site and discussion forum of my friend and blog reader Richard SantaColoma.

This morning, Google Alerts made me aware that the Voynich Manuscript is mentioned in a new press article. Blog readers Ralf Bülow and Thorsten Voß informed me about this publication, too.

As it turned out, the article in question was published on the news portal of the German TV and radio station NDR. It is titled: Voynich-Manuskript: Mittelalter-Code übersetzt (“Voynich Manuscript: Middle Ages Code Translated”).

I was not especially pleased about this headline. As the NDR receives a big part of its funding from a quasi-tax, one would expect serious journalism instead click-baiting. Announcing a world sensation (the solution of the Voynich Manuscript is nothing short of this) without thorough verification certainly doesn’t fall into this category.

The NDR article announcing the decipherment of the Voynich Manuscript leads to a (German) paper written by German egyptologist Prof. Dr. Rainer Hannig. Apparently, Hannig has followed René’s advice to make a description of the solution available online. I don’t know if he has already taken the test I suggested.

Like most Voynich solvers, Hannig was as good as unknown to Voynich experts before he published his alleged solution. I have never met him at a crypto conference, and I am not aware of any crypto-related publications he authored.

However, contrary to most other Voynich decipherers, Hannig has an academic background and appears to be a well respected scientist.

Hannig’s solution is mainly based on linguistics, not on cryptography. In other words, he doesn’t believe that that creator of the Voynich Manuscript used an encryption method, but that the text was written in a natural language in a non-standard way. The language Hannig thinks the manuscript is written in is Hebrew. Here is a line-by line German translation of a paragraph he provides:

To my regret, I’m not a linguist, and so it’s always difficult for me to judge a Voynich hypothesis that is mainly based on language and writing considerations. Can a reader say more about Hannig’s decipherment attempt?

As mentioned, I’m always supsicous when I hear about a new Voynich solution – I have simply seen too many false ones before. Is Rainer Hannig’s approach finally the right one? We will see. I hope that people with more linguistic expertise than I have will answer this question.
Follow @KlausSchmeh