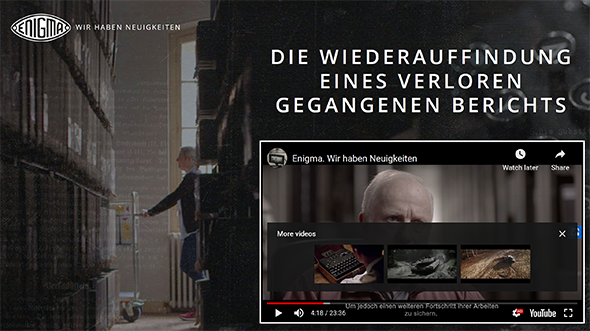 The Enigma documentary I introduced on this blog last year is now available in German and Spanish. Any feedback from readers of this blog is welcome. 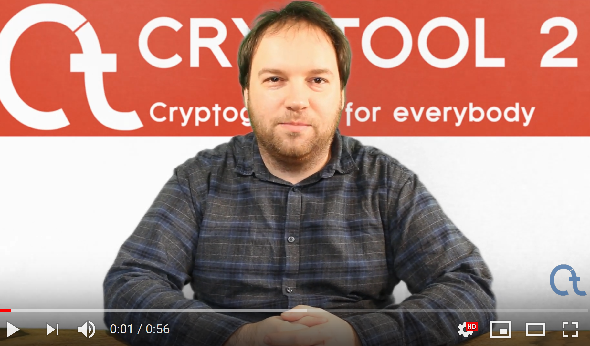 … is currently hosting a crypto challenge contest on his YouTube channel. Here’s the third puzzle you can try your luck on:

Successful solvers have the chance to win a copy of Helen Fouché Gaines’ book Cryptanalysis. Future editions of this contest might feature a specimen my next book Codebreaking: A Practical Guide as award.

Cryptography? Ciphers? I thought this would be an easy book to put down. I was very wrong.
Steve Meretzky, co-author with Douglas Adams of The Hitchhiker’s Guide to the Galaxy computer game 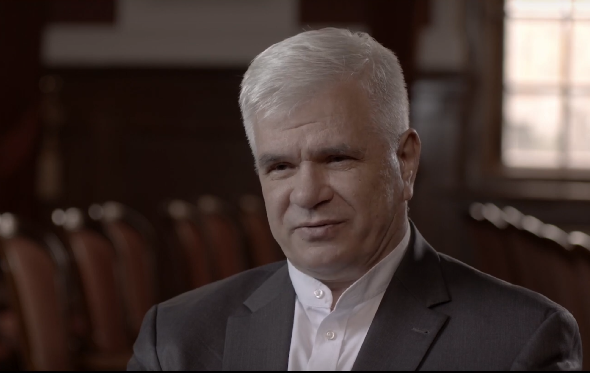 … another crypto enthusiast and friend of mine, was involved in the production of a video, too. This one is a documentary about the breaking of the Enigma, titled Enigma. We have got news. It introduces new facts about the Enigma cryptanalysis in WW2 based on files disclosed by the French intelligence in 2016.

I saw this film for the first time when I visited Marek in Warsaw, Poland, in fall last year. I was quite impressed about how professionally the documentary was produced. I introduced the it on this blog in December.

The content mainly consists of interviews with Marek, Dermot Turing (the nephew of Enigma codebreaker Alan Turing), and French crypto professor Philippe Guillot. All three speak in their mother language. For those who don’t understand English, Polish or French, the interviews are subtitled.

Meanwhile, the film is available on a website, with subtitles in several languages. It can be distributed, displayed and performed in its genuine form (CC BY-ND).

Source: Enigma. We have got news

According to Marek, the versions with German and Spanish subtitles are the latest that have been produced. Marek wrote me: “I think the the film should be reviewed not only by the native speakers (which has already been done), but also by people knowing the subject. Maybe the readers of your blog could help? Any help will be appreciated.”

So, if you speak German or Spanish and/or you’re knowledgeable with respect to the Enigma, please watch Enigma. We have got news and provide your feedback in the comment section. If you don’t find anything that could be improved, just enjoy the film.
Follow @KlausSchmeh