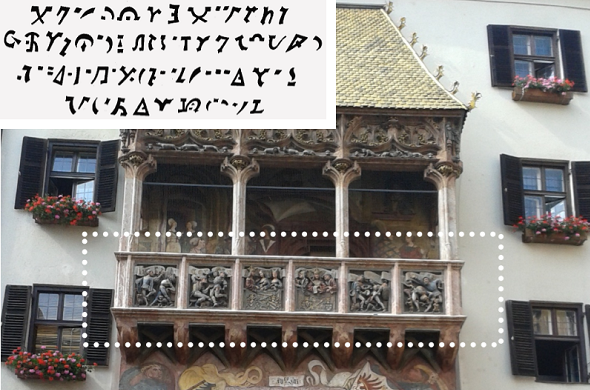 The inscription on the Goldenes Dachl ( Golden Roof) in Innsbruck, Austria, is one of the oldest unsolved crypto mysteries known to exist. According to press reports, the cipher has now been broken.

Innsbruck, Austria, is a beautiful city I had the pleasure to visit several times. 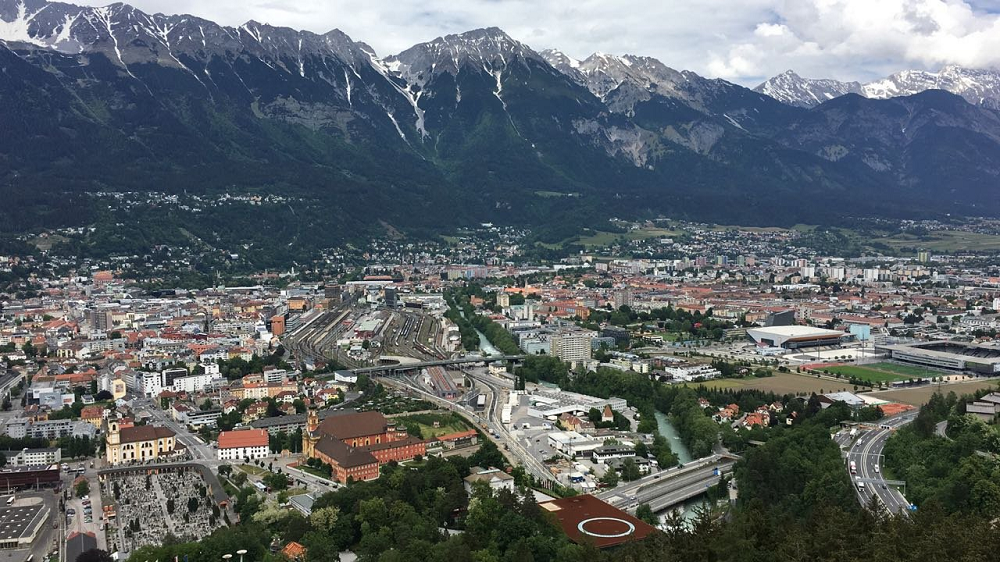 Surrounded by the mountains of the Alps, Innsbruck is the home of a famous zoo, a university, a few castles, several museums, and a ski jump. 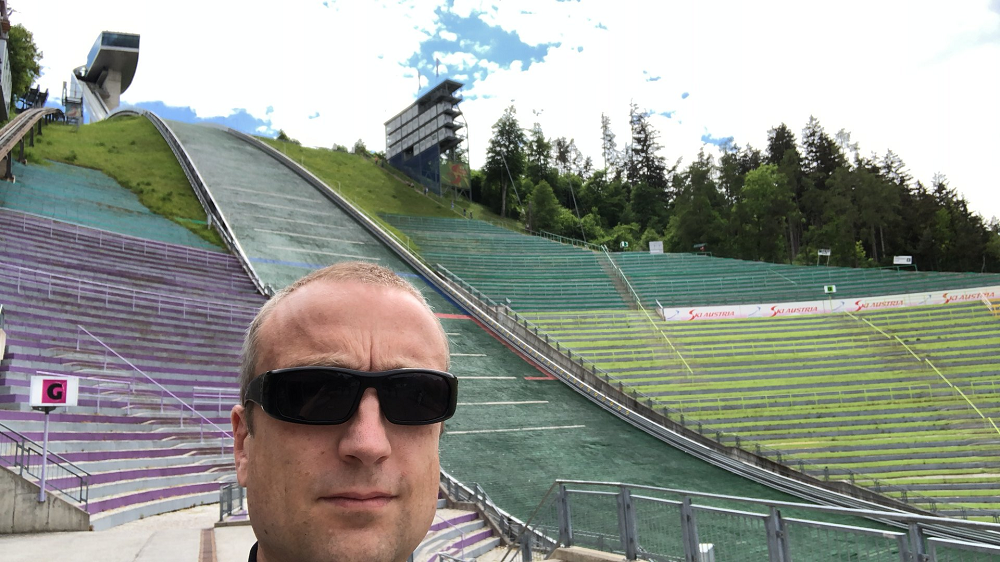 Perhaps the most popular sight in Innsbruck and the most interesting one for me is the Goldenes Dachl (Golden Roof). 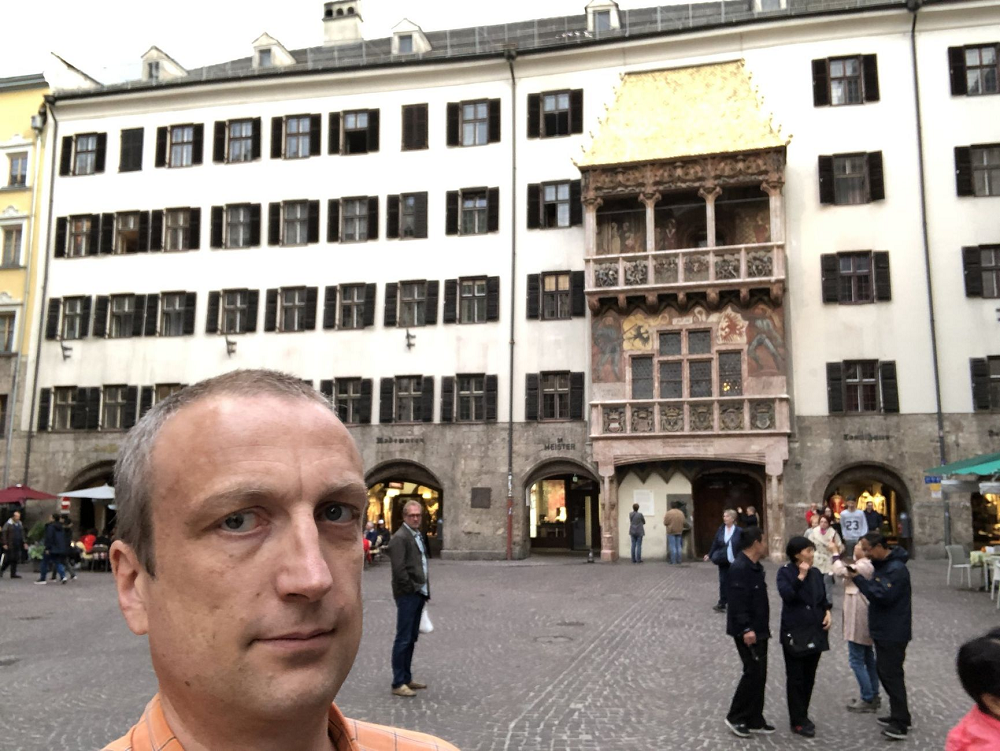 The Goldenes Dachl is balcony located in the city center of Innsbruck. Completed in 1500, it was decorated with 2,657 fire-gilded copper tiles for Emperor Maximilian I to mark his wedding to Bianca Maria Sforza. The Emperor and his wife used the structure to observe festivals, tournaments, and other events that took place in the square below. 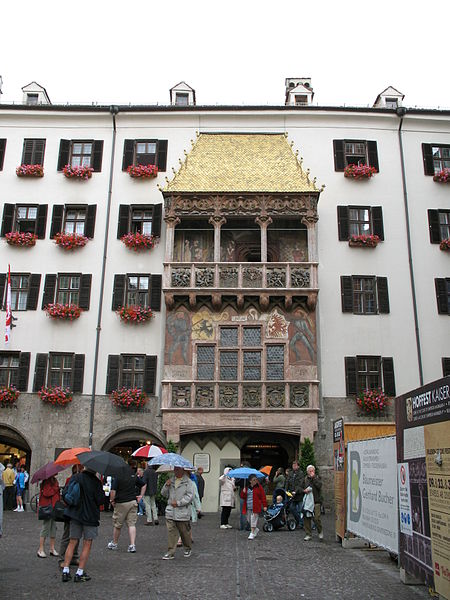 The Goldenes Dachl bears an inscription composed of non-standard letters. It’s hard to see from the street below, but it is visible from the balcony. 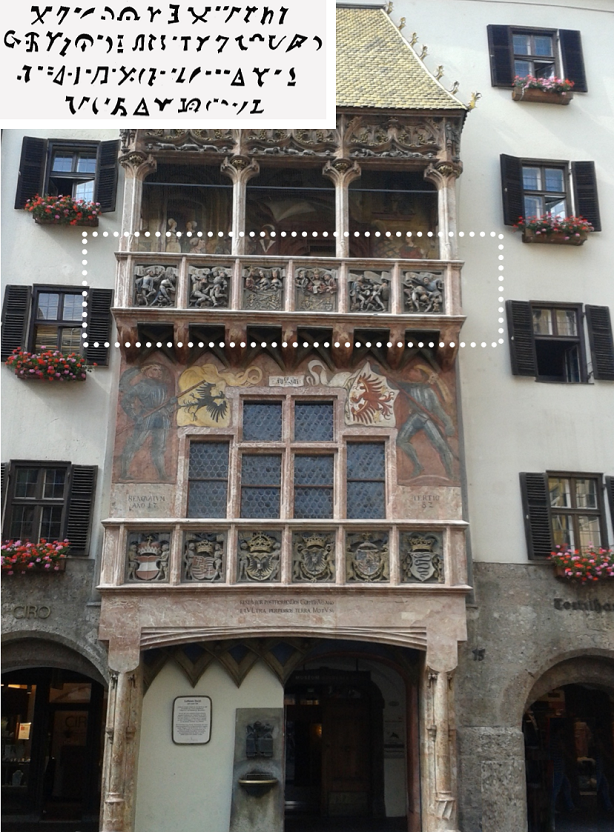 For centuries, it has been a mystery what this inscripted message means. I blogged about this cryptogram in 2014, and I inclued the Goldenes Dachl into my and Christian Baumann’s Cryptologic Travel Guide.

The Goldenes Dachl inscription is difficult to analyze, as the symbols it consists of almost all look different. Frequency analysis is useless here. This might be one of the reasons why this cryptogram never played a role in the crypto history literature, although it is one of the oldest unsolved cryptograms known to exist.

Is the mystery solved now?

UIrich Berger and John Haas have informed me that an Austrian historian claims to have recently deciphered the Goldenes Dachl inscription. This is reported by several Austrian newspapers. Does this mean that this 520-year old mystery is now solved?

The historian in question is named Erhard Maroschek. According to him, the Golden Dachl inscription is written in Latin. To read it, it has to be put upside-down. This is because the reader is assumed to stand on the balcony above the inscription.

Maroschek believes that some of the words in the message are anagrammed and that the order of the words is not always correct. Some of the letters are not immediatly recognizable. Maroschek provided an image that explains his deciphering. Here’s the plaintext he derived:

Does this decipherment make sense? For me, this question is hard to answer, as I’m an encryption specialist, not an expert for medieval writing systems. At least, the solution doesn’t look like complete nonsense to me.

Perhaps, my readers can say more about this potential solution.
Follow @KlausSchmeh