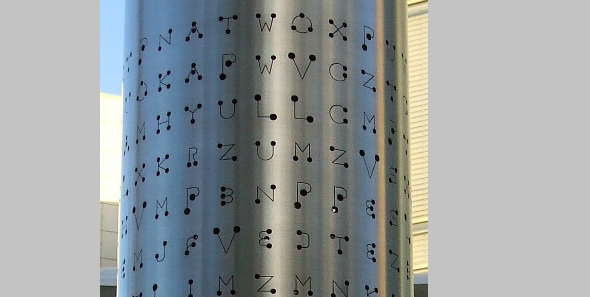 NKRYPT, located in Canberra Australia, is a set of eight sculptures that bear encrypted inscriptions. Today, I’m going to introduce one of these: the PVL cryptogram.

Readers who are interested in the famous Kryptos sculpture may also like NKRYPT, an art installation outside the Questacon Science and Technology Centre in Canberra, Australia.

NKRYPT was designed by Australian artist Stuart Kohlhagen and installed in March 2013. I’m sure Kohlhagen knew Kryptos and was inspired by it. I don’t know if he was also aware of the Cheltenham Listening Stones, a sculpture collection located in England that follows a similar concept. 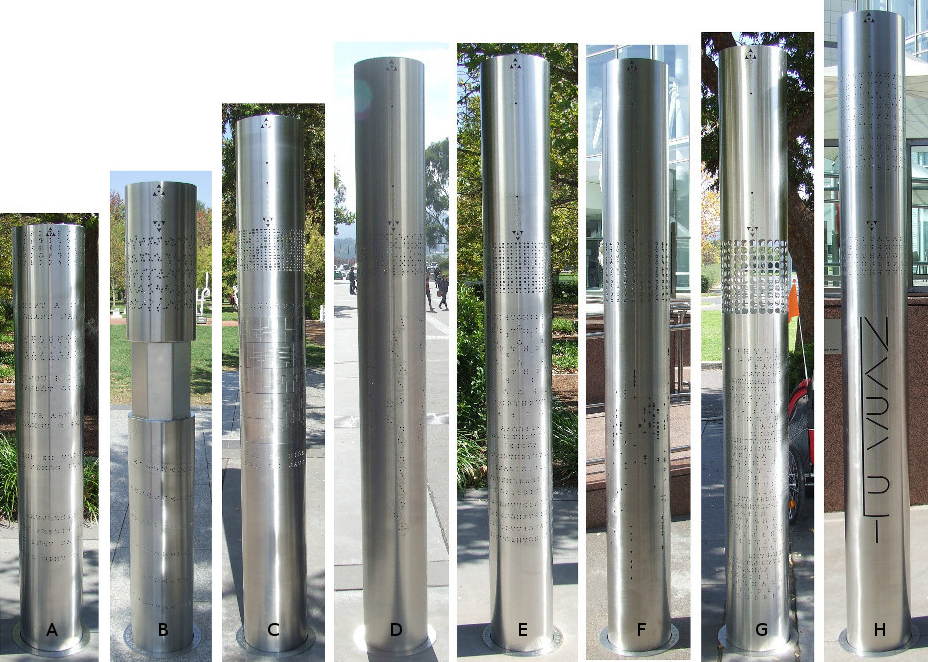 Like Kryptos, NKRYPT bears cryptograms created with different ciphers, representing different levels of difficulty. Some of the messages have been broken, about eight are unsolved to date.

NKRYPT is described on the Questacon website and on two fan pages. The latter one is operated by Glenn McIntosh.

Glenn thankfully allowed me to use the photographs one his page.

Apparently, the eight NKRYPT pillars have no official names. For this reason, I have adapted Glenn’s naming on this blog. As can be seen on the following diagram, he has assigned each pillar a letter from A to H: 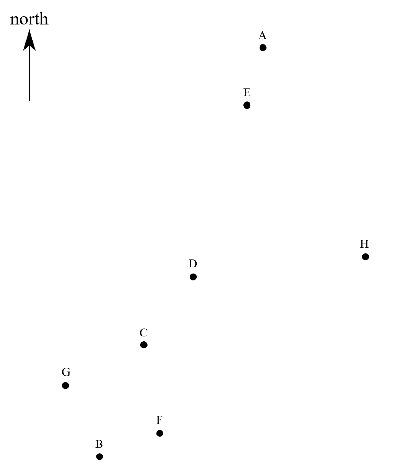 This is the book of my dreams: A super-clear, super-fun guide for solving secret messages of all kinds, from paper-and-pencil cryptograms to Enigma machines. With deep knowledge and skillful storytelling, Dunin and Schmeh capture the joy and power of codebreaking.

Jason Fagone, , author of the bestselling “The Woman Who Smashed Codes”

Let’s now look at one of the unsolved ciphertexts. The following photograph shows the upper part of pillar H (the other NKRYPT web-page calls it pillar 1): 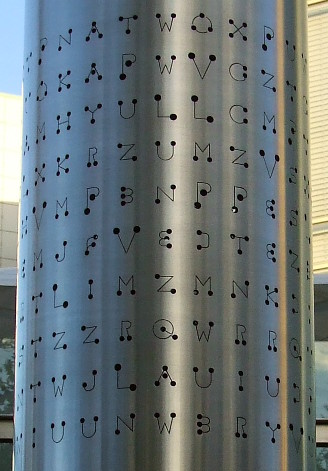 The cryptogram shown here consists of a ring of 26×10 characters, with the letters P, V, and L written in a larger font. Here’s the transcryption Glenn provides on his page:

The following diagram shows a frequency analysis I created with Cryptool 2:

As can be seen, the frequency distribution is quite flat. This means that we are certainly not dealing with a simple substitution cipher. Perhaps, a Vigenère cipher or a running key cipher was used.

If you have an idea on how to decipher this message, let me know.
Follow @KlausSchmeh