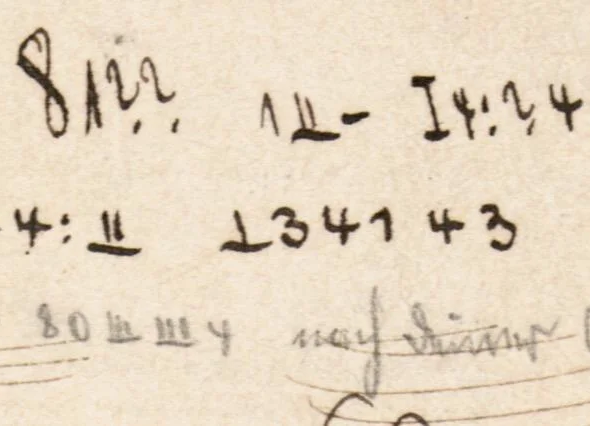 Can a reader decipher an encrypted message from Thuringia, Germany?

Last Saturday, I gave a webinar at the International Conference on Cryptologic History (ICCH), together with Elonka Dunin. Our topic was “Famous and Not-So-Famous Unsolved Codes”. Among the famous unsolved cryptograms we covered were Kryptos and James Hampton’s notebook.

In the not-so-famous category, Elonka introduced the cigarette case cryptogram. This encrypted message from the early 20th century looks like it is encrypted in a simple substitution cipher. 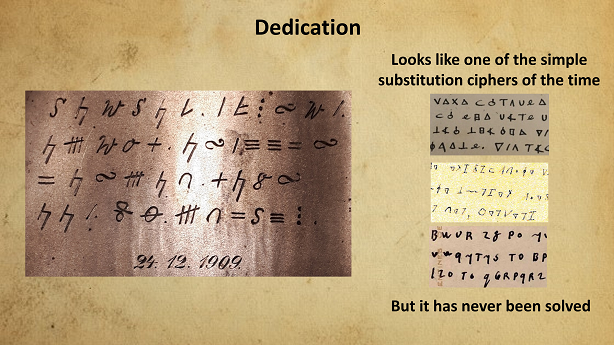 When I first introduced this message on this blog in 2017, I thought my readers would solve it easily. However, in spite of many tries, the cigarette case cryptogram remained unbroken. I still wonder whether the encryption method used is more complex than I thought or if there is some other reason why this cryptogram has beaten cryptanalysts so far. Perhaps, the plaintext language is not German but something one would not expect in this context.

The cigarette case cryptogram stems from Thuringia (Thüringen), an area in Germany, north of Bavaria. Blog reader Thomas Bosbach recently made me aware of another encrypted message that appears to have a close connection to Thuringia. On Reddit, Thomas found a post with two scans. The first one …

… is in the clear and refers to a “Studie v. Paul Kösewitz” (“sketch by Paul Kösewitz”). Two my regret, I don’t know who Paul Kösewitz was. I couldn’t find an artist or another notable person named this way.

… shows an encrypted message, followed by the cleartext statement “nach meiner Ankunft in Sömmerda” (“after my arrival in Sömmerda”). Sömmerda is a town in Thuringia.

Like so often, when a Reddit post introduces a crypto mystery, not much background information is provided. The two texts might refer to a drawing by some Paul Kösewitz that depicts a scene this person has encountered after his arrival in Sömmerda. However, this is just a guess.

Nevertheless, it seems possible to break this ciphertext. For instance, the word “?1??4||”, which appears twice, has an interesting pattern (121134). However, the software CrypTool doesn’t find a word in the German language that fits, although it checks a dictionary with over 300,000 entries. Perhaps, we are dealing with an unexpected language again.

Can a reader find out more? If not, this ciphertext (I call it the Sömmerda crptogram) might make it to my future “unsolved ciphertexts” presentations, as “Thuringia’s second crypto mystery”.
Follow @KlausSchmeh