Between 1945 and 1954, the staff of Spanish prisons used an encryption method based on a cipher slide and a table. Can my readers help to understand how this system worked?

Once again, I have found some interesting information about a historical encryption system when I performed a Google search. This time, I tried my luck with Spanish search terms, such as “mensaje cifrado” or “tarjeta cifrada”. Among other things, I found an article on the Spanish web-portal noticiasdealmeria.com that reported on an encryption system used in the Spanish prison system 70 years ago. Here’s an English translation of this report.

An encryption tool unknown to me

The actual topic of the article is a document dated 1945. The director of a prison in Almería, Spain received it from the General Directorate of Prisons, an authority reporting to the Spanish Ministry of Justice. This document describes a method to encrypt and decipher secret messages.

According to the article, the cipher in question was used for encrypted communication in the Spanish prison system from 1945 to 1954. The following tool was employed to perform an encryption:

To my regret, the article doesn’t explain how this encryption method worked. I assume that the slide at the top of the tool was used for a letter substitution.

The lower part (with the numbers) might have been employed to perform a transposition cipher. Perhaps, it was used in a similar way as the Rasterschlüssel 44, a German World War 2 transposition method: 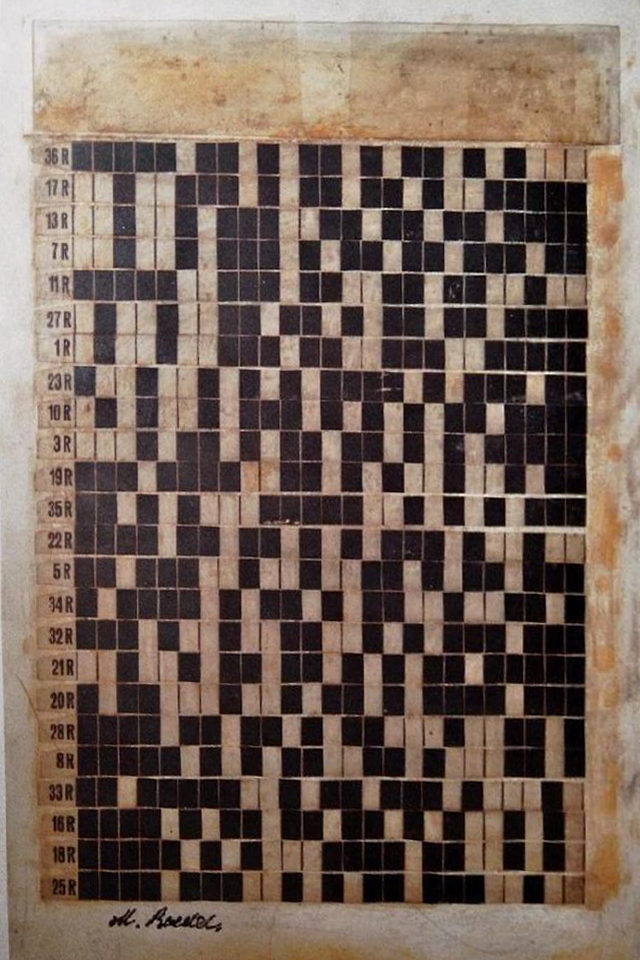 In the article, the following message encrypted in the said Spanish system is mentioned:

Can a reader decrypt this ciphertext with the tool shown above? To my regret, I don’t know if this is even possible. I assume that the numbers in the table above represent a part of the key and that the key changed frequently.

The article doesn’t say why this system was abandonned in 1954. One possibility is that a cipher machine, such as the Hagelin C52, was used instead, but devices of this kind were usually too expensive for non-military use. Perhaps, a better manual cipher was introduced. In general, the history of non-military encryption during the Cold War era has not been researched very well so far.
Follow @KlausSchmeh