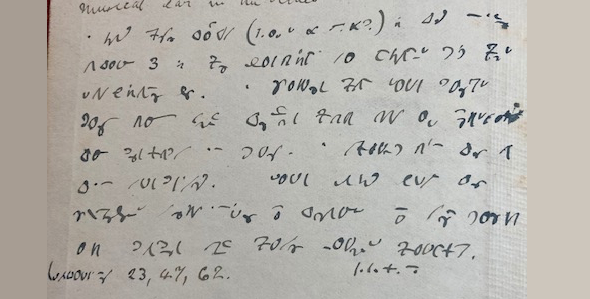 Edwin Emmanuel Bradford was an English poet known for his homoerotic verse. He left behind an encrypted message that is still unsolved.

Edwin Emmanuel Bradford (1860–1944) was an English clergyman, poet and novelist. According to Wikipedia, he was a member of Urania, a small and clandestine group of male homosexual poets who existed from 1858 to 1930. Bradford’s poems were outspokenly homoerotic, but also remarkably popular during his lifetime given the prudery of Victorian England.

Blog reader Mark Baldwin has forwarded me an enquiry from a person who owns a collection of poetry books written by Edwin Emmanuel Bradford in the 1920s. These notes are his personal copies in which he has made corrections, quoted from readers’ letters,
and on one occasion has written comments in cipher.

The following scan shows the cipher part in Bradford’s notes (the first seven lines are in the clear): 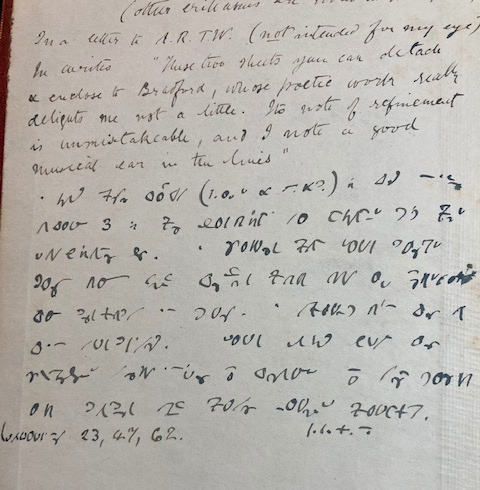 According to the owner of this sheet, the encrypted passage may relate to the content of Bradford’s poetry which dwelt upon “comradeship” by which he meant homosexuality.

Shorthand or longhand – or both?

Parts of the Bradford cryptogram look like shorthand writing to me. Other parts seem to consist of ordinary letters. Perhaps, Bradford’s witing is a self-invented mixture between shorthand and ordinary script.

The text contains many short words, some of which conisist of only one letter. It’s probaly hard to create a transcript or to perform a frequency analysis.

Can a reader find out more about this cryptogram or perhaps even solve it?
Follow @KlausSchmeh