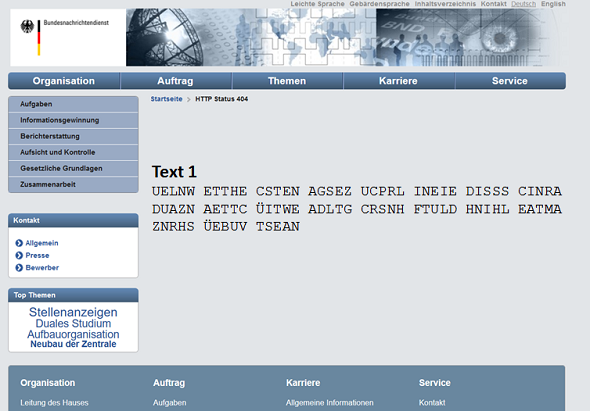 A Cryptological Cold Case: The BND Challenges of 2014

Seven years ago, the Federal Intelligence Service published four encrypted messages. Three of them remain unsolved to this day.

Seven years ago, I reported for the first time about a series of cryptology websites of the German Federal Intelligence Service (BND). Jörg Drobick, then as now a reader of this blog, had brought them to my attention. Unfortunately, these quite interesting pages have disappeared from the BND website in the meantime. This also applies to four cryptological puzzles that the BND had published there under the not exactly lurid title “Cryptology – Sample Texts”. 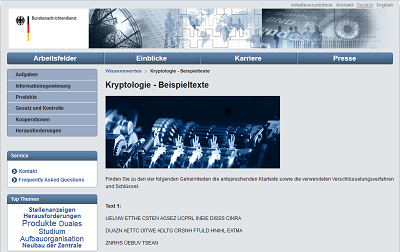 Here are the four “sample texts” (they are screenshots of the original BND page): 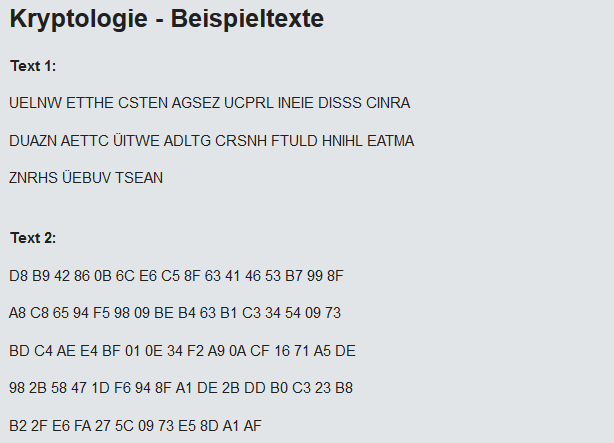 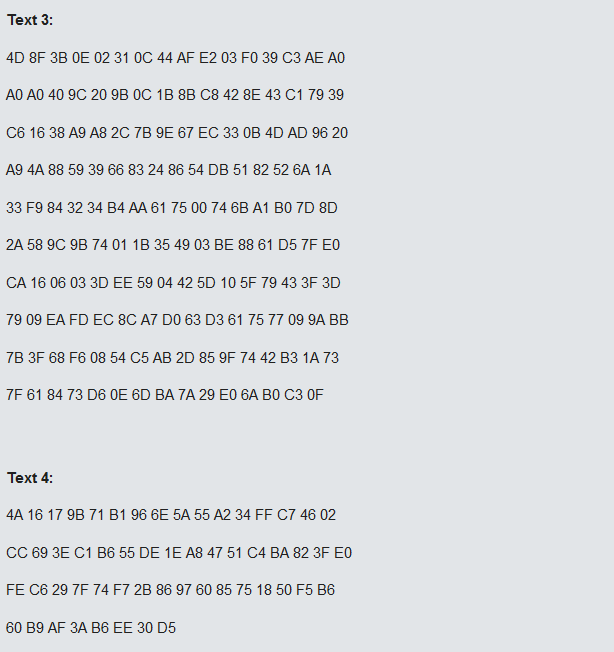 According to the BND, the plain texts for the first three puzzles are in German, the fourth one in (American) English.

After my 2014 article, my readers posted a total of 45 comments, but none of the four puzzles was solved.

In 2017, I reported a second time on the four BND crypto puzzles. This time, I focused on the first “sample text.”

The following frequency analysis (created with CrypTool 2) shows that the letter frequencies correspond to those of the German language: 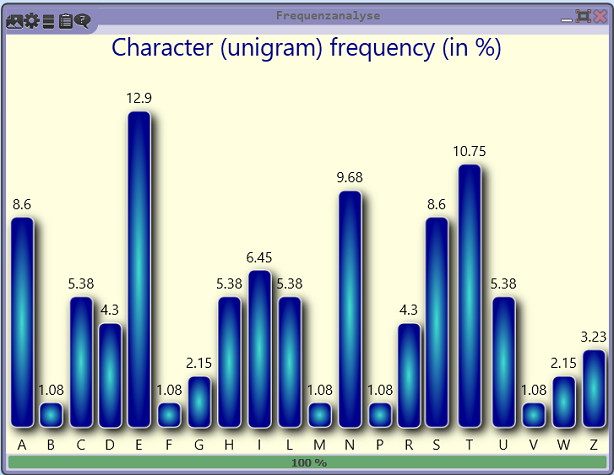 This speaks strongly for a transposition cipher. Blog reader Ralf Bülow was the first to determine the plaintext. He had noticed that the cryptogram contained the same letters as the first two sentences of the Basic Law:

Blog reader Marc found out that it was actually a transposition cipher, using the double cube method. The two key words are VERFASSUNG and GRUNDGESETZ. This solved the first BND puzzle.

A week ago I received a message from a blog reader in Nuremberg, who asked how the BND challenges were going. My answer was simple: To my knowledge there was nothing new for years. So the “sample texts” have become a cryptological cold case. They can no longer be found on the BND website.

But Cipherbrain is known to have a good memory. Therefore, I would like to present the three unsolved “sample texts” again today. Here they are:

As you can see, all three cases are hexadecimal numbers. Possibly these can be converted into letters or other characters. Whoever has an idea to decrypt these three cryptograms, please contact us. Maybe this cold case can be solved after all these years.