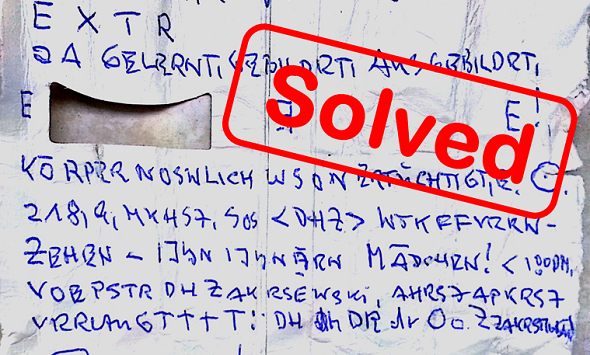 For years I’ve been reporting on the mysterious messages in bottles found in Hamburg. Thanks to my readers, I now finally know who and what is behind them.

Since 2016, I have repeatedly received letters from readers who have found bottles with strangely labeled notes in the Isebekkanal or in the Außenalster in Hamburg. I am now aware of a total of ten such finds, but there must be considerably more. 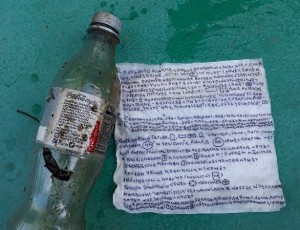 With every new news that appeared, there were speculations about the background of this phenomenon. They ranged from a PR action to a game to the work of an artist. Also the records work of a mentally disturbed person or a joke were discussed. Fortunately, extraterrestrials were not brought into play yet.

Here is an overview of the bottle post findings so far. Last week there was also an article about it on Web.de and GMX.

Finally, on April 14, 2021, came the clue that would solve the mystery. A reader named D.W. wrote the following comment:

I know these messages [meaning messages in a bottle] and would like to tell you the following: I worked as a social worker in the Eimsbüttel/Hoheluft area [in Hamburg] until 2016. Here, over at least two years, I met a homeless man who wrote such messages and left them in various places in the greater Eimsbüttel area. At that time I had already tried to read a sense out of it, but I believe that there is no decheffable sense. The messages shown in this blog are certainly from this person. The person, when approached, never commented on what these messages meant or why they were written, but took a lot of time to constantly draft them, on all sorts of materials by the way. The person was very mobile, but also very confused, and has been shown to have been in several places that would match where they were found.

So the messages allegedly came from a confused, homeless person (I’ll call him Mr. X. in the following)? That sounded quite plausible. But was this really the solution to this mystery? I contacted D.W. and asked for more information. Thankfully, I received it. D.W. reported among other things: 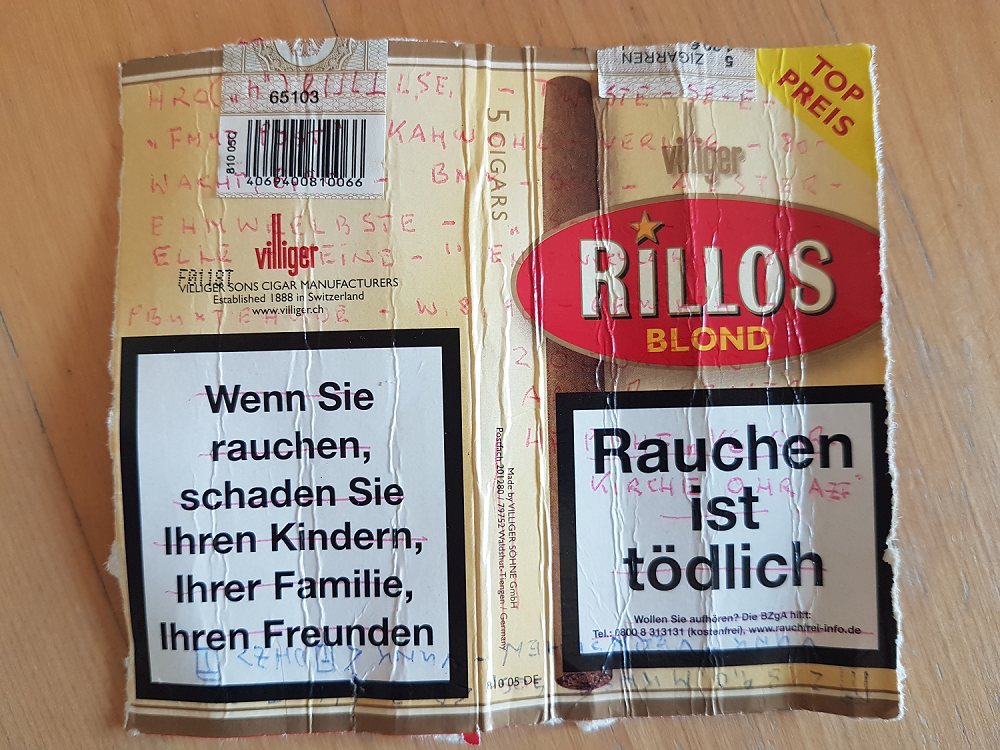 D.W. also named me a social institution near the Isebek Canal where Mr. X. was frequently seen, at least until 2016. I sent an e-mail there and thankfully received a quick reply. Understandably, they did not want to give me details for privacy reasons, but they confirmed that Mr. X. exists and that he is most likely the author of the messages in a bottle.

Mr. X. was still alive, they went on to say, still frequented the facility in question, and still wrote his messages. However, it was difficult to get to know him because Mr. X. communicates or is able to communicate only to a very limited extent.

In the meantime, I have succeeded in finding out Mr. X’s real name.

At the latest after the confirmation by the social institution it should be clear that the mystery about the authorship of the messages in a bottle has been solved. As things stand, however, it should not be possible to decode the messages.

The true name of Mr. X. and the institution, with which he is still associated, I cannot mention at this point for reasons of the protection of personality. If someone is seriously interested in contacting Mr. X., which is probably only possible through a personal meeting, I would be willing to release this information.

By the way, I am still interested in messages in bottles from Hamburg. If you find one, please feel free to send it to me. Please also include the place where it was found and the approximate date.

Mr. X. reminds me of a hypothesis about the origin of the Voynich manuscript. As I have written several times before, I could imagine that this was written by a psychologically disturbed monk who was active in a late medieval writing room. Possibly this monk made the least trouble when he was provided with parchment which he could fill with meaningless symbols and nonsensical drawings. Thus, months of work resulted in a puzzling document with no comprehensible content. In the following picture a Voynich manuscript excerpt is juxtaposed with a message from Mr. X.:

Are Mr. X’s messages the Voynich manuscript of the 21st century? Quite possibly.