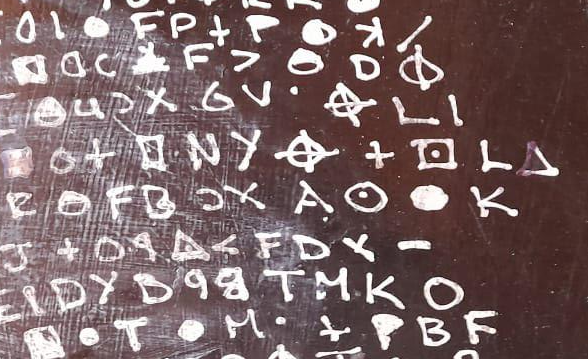 Two weeks before a suicide attempt, a teenage person wrote a coded message. Can a reader solve it? Or is the whole thing just a hoax?

I have blogged several times on Cipherbrain about encrypted suicide notes from people who have taken their own lives. To my knowledge, no one has ever systematically dealt with this topic. Unfortunately, that’s also rather difficult with the examples I’ve presented, because they were all posted anonymously on Reddit, which means not too much is known about the background.

A few days ago, I found another cryptogram on the Internet that seemed to fit this bill. It was an encrypted letter allegedly written by an unnamed person two weeks before a suicide attempt. Again, no details are known – not even the gender of the person in question. It is also not at all clear whether the plain text is related to the attempted suicide. 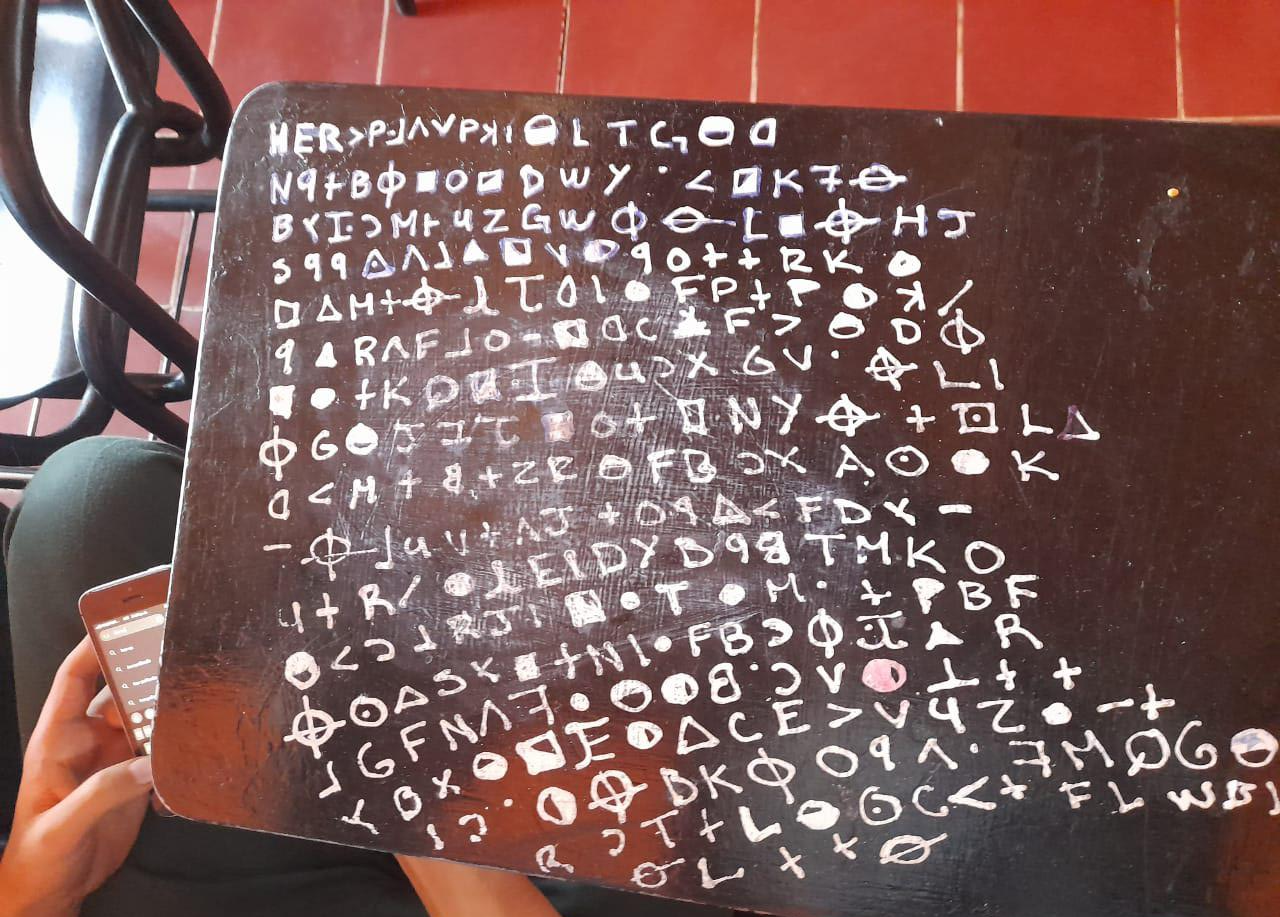 What I find unusual is the writing tool and the material on which it was written. Does this metallic background have a specific purpose? Or is it art?

Actually, at this point I wanted to ask my readers if they can solve this cryptogram. But then, upon closer inspection, I realized that this question makes no sense.

So now I have to ask another question: Does a reader realize why this cannot be an encrypted suicide note? And does a reader recognize what else this cryptogram is about?

If you don’t believe it, you are welcome to try to crack the encryption, but you probably won’t succeed.

As soon as these questions are answered, I will reveal the source of the encrypted text. Have fun with the puzzle! And yes, I know that you can find the corresponding page with a search on Google Images.