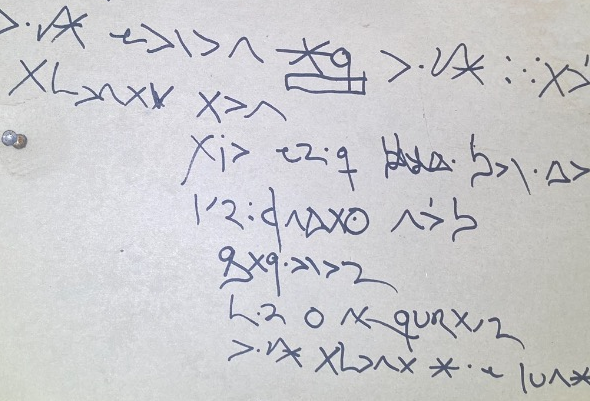 An unsolved cryptogram from California

The NSA is probably known to most readers of this blog (and not only to them). What is less known is that the NSA also runs a history department, which mainly deals with the history of cryptography. This “Center for Cryptologic History” (CCH) organizes the “Symposium on Cryptologic History” every two years. In addition, the NSA operates the “National Cryptologic Museum” at Fort Meade near Washington. There, incidentally, in addition to numerous exhibits, there is also a souvenir store where you can buy NSA memorabilia. 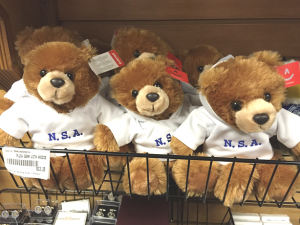 It happens again and again that people who have come across an encrypted postcard, an encrypted letter or something similar contact the NSA and ask for help. Such requests then usually end up in the historical department. Apparently, however, there is no one at the NSA who cares about solving such cryptograms. Often the NSA then forwards such requests to me – which of course makes me a bit proud.

The cryptogram in the basement

A few days ago I received another such request. Robert Simpson, the librarian of the said NSA museum, forwarded it to me.

The request came from Mike Rosinky and his cousin Scott Gelotti. The two told NSA about a house on the coast in central California that was built in 1984. Scott Gelotti has lived there since 2016, and at some point he noticed that there was some encrypted text on the wall in the basement. This text looks like this: 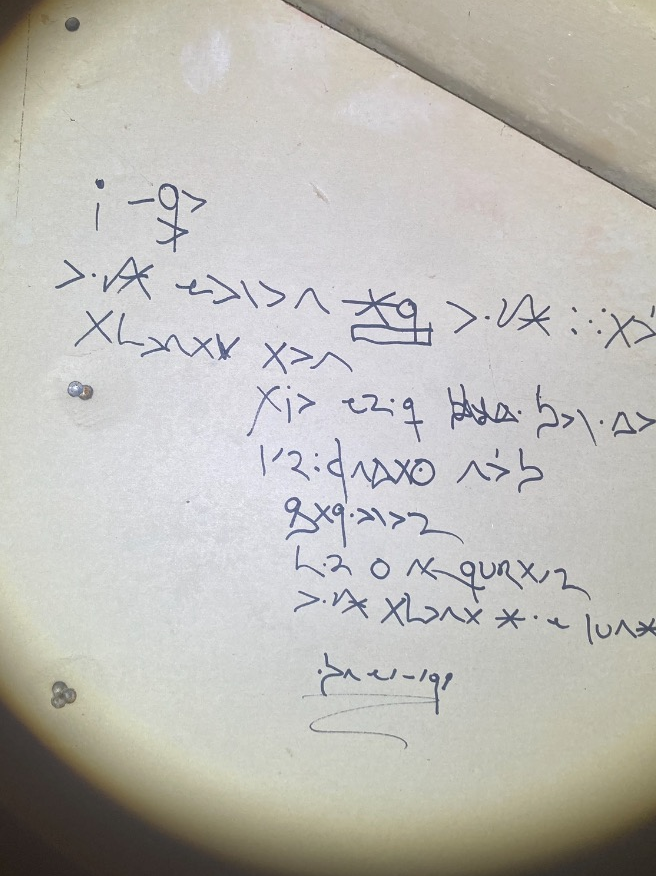 Scott is pretty sure that this cryptogram was created before he bought the house. So it must be older than five years.

On the left side of the photo you can see screws in the wall. Presumably a picture or something similar was hanging there, and the author wrote the text around it.

Overall, the encrypted message looks like a simple letter substitution. Unfortunately, the writing is a bit unclear in some places. On the other hand, the spaces between the words are mostly clearly visible. One thing that stands out is the rectangle below the second line, the meaning of which escapes me.

Can a reader solve this mystery? Scott and Mike would love to know what the message says.

Further reading: Can you decip er this encrypted inscription from the Way of Saint James?