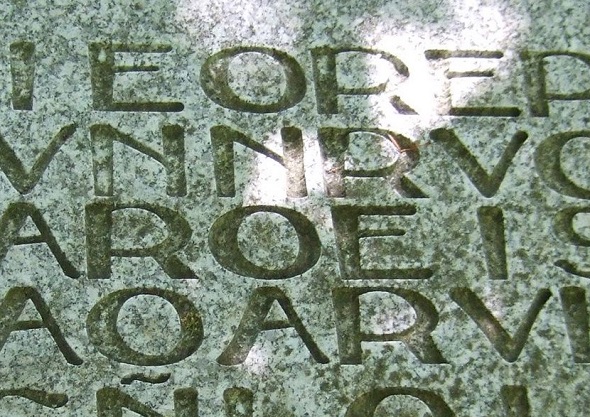 Camino de Santiago hiker Jens Grabarske has made me aware of an encrypted inscription in northern Spain. Can reader decipher it?

In 2006, German actor and comedian Hape Kerkeling published a book about his hike on the Way of Saint James (Camino de Santiago). Titled I’m Off Then (German original: Ich bin dann mal weg), this work became extremely popular in Germany. It was translated into English in 2009. According to Wikipedia, I’m Off Then has sold over three million copies. A film adaptation was released in December 2015.

Contrary to most other works of Hape Kerkeling, I’m Off Then is not primarily humoristic in nature. Instead, it tells the true story of how Kerkeling started his long, solitary hike in order to escape his midlife crisis.

As a consequence of Kerkeling’s unexpected bestseller, hiking on the Way of Saint James (actually, it consists of many ways, all of which lead to the cathedral of Santiago de Compostela, Spain) became very popular in the German-speaking world. Originally, a hike of this kind was considered a pilgrimage, but nowadays many people take such a trip without religious motives.

My friend and fellow-skeptic Jens Grabarske recently started a hike on the Way of Saint James, too. On the Camino Primitivo, the oldest route to Santiago de Compostela, near the town of Tineo, Jens came across the following stone: 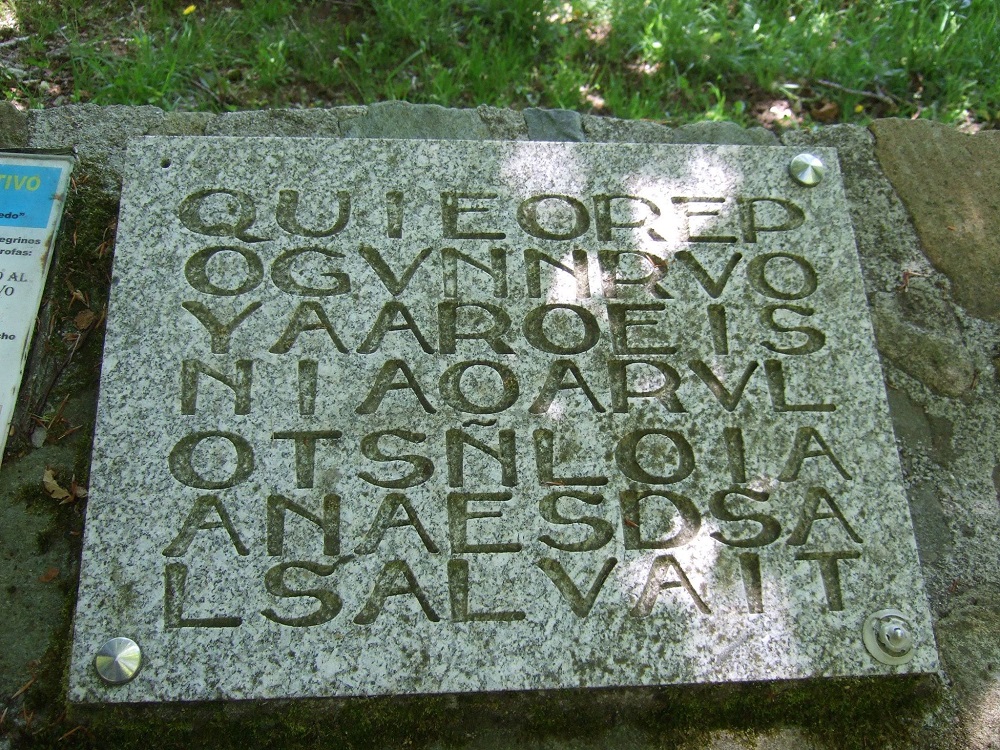 Apparently, the inscription on this stone is encrypted. Thankfully, Jens thought of me and sent me a picture of it.

This stone (I don’t know if it has an official name) isn’t mentioned in the crypto literature I am aware of. I haven’t even found information about it on the internet. When I learned about it from Jens, the first thing I did is include it in my Cryptologic Travel Guide.

The solution of the cryptogram is known. However, I will wait for a few days before I publish it. Readers of this blog are invited to try to decipher this message themselves and to publich the plaintext in the comment section. Good luck!
Follow @KlausSchmeh