StartseiteCipherbrainFour crypto puzzles from three centuries, one with a 100-euro prize 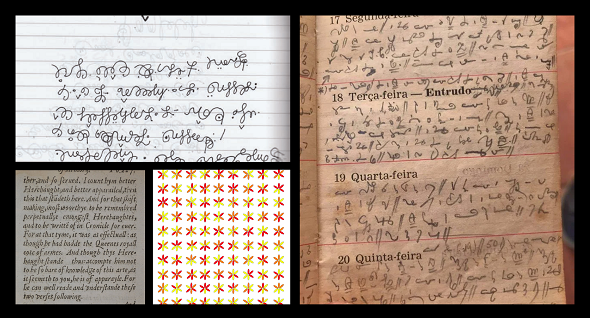 Four crypto puzzles from three centuries, one with a 100-euro prize

Today there are no less than four unsolved ciphers, some of which are eagerly awaited to be solved. There is even a reward for the solution of one cryptogram.

Thanks to the hints of my readers, I have accumulated several unsolved cryptograms at once, which I will publish all at once today. As a final and highlight, there is a prize of 100 euros to be won.

A Reddit user, presumably from Portugal, would love to read her grandfather’s encrypted diary. Here is an excerpt: 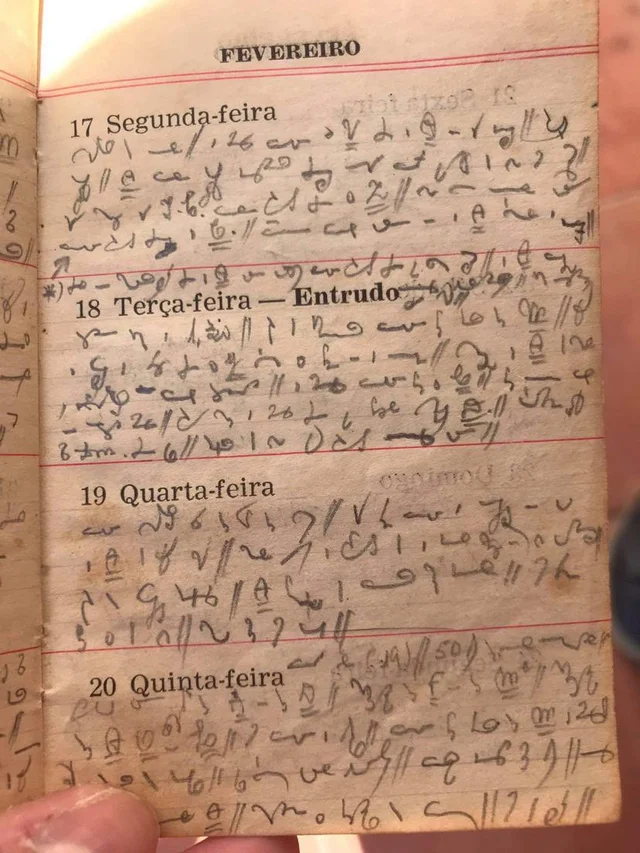 Note: Initially I wrote that the granddaughter of the diary author contacted me herself, but this is not correct.

At first I thought it was a shorthand, but some symbols don’t really fit this hypothesis. Did Carmen’s grandfather perhaps use his own cipher that was influenced by a shorthand? Clues of any kind are gladly received. 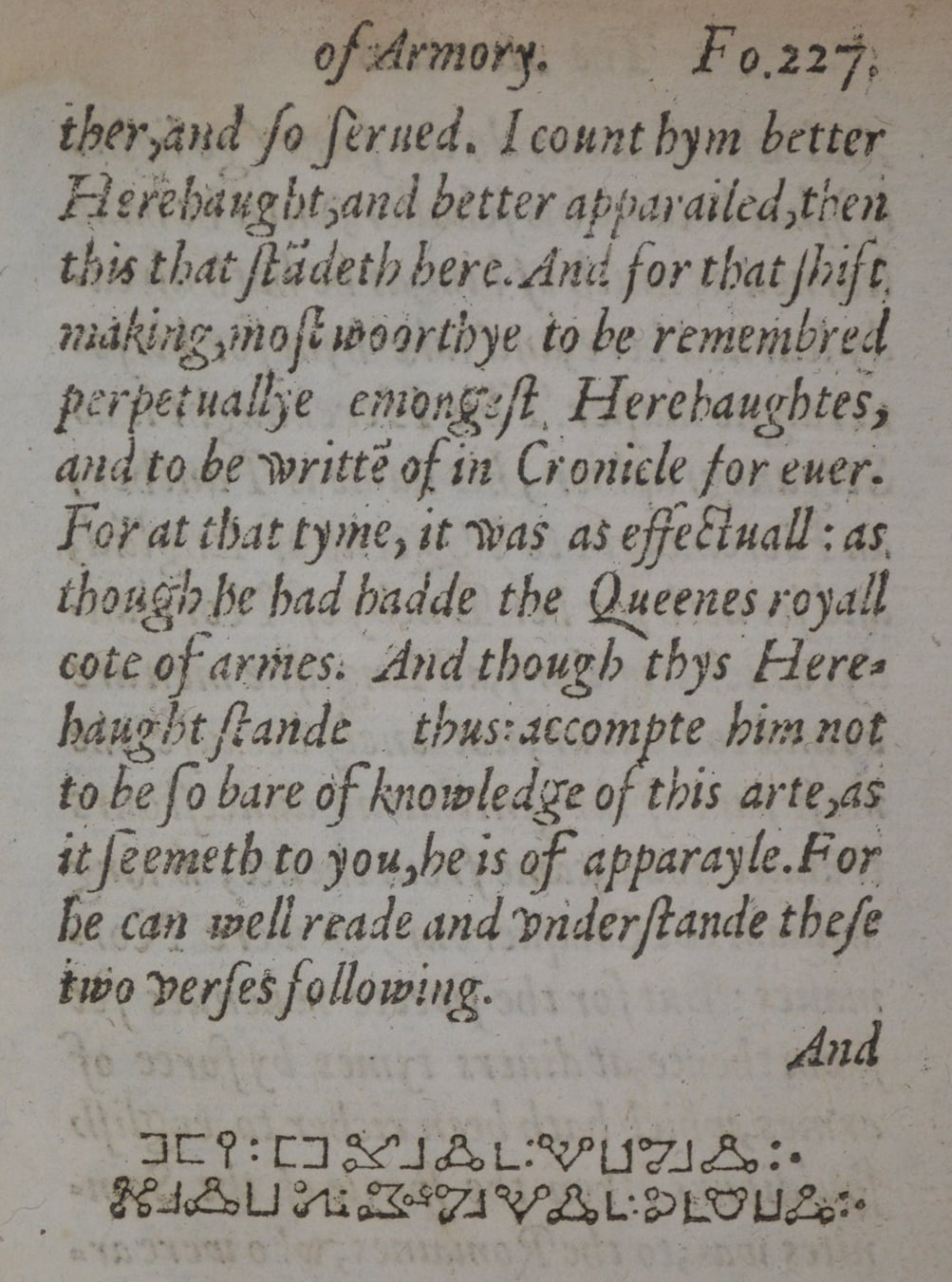 Meant, of course, are the two lowest lines. Can a reader help?

The next tip came from Ryan Pierce, who listened to some ICCH talks by Elonka Dunin and me. Richard reported on the ICCH mailing list about an Alternate Reality Game (ARG) in which a (fictional) diary plays a role:

Between 2008 and 2011, a group of artists and game/experience designers led by Jeff Hull created and ran an Alternate Reality Game in the San Francisco Bay Area. […] One of the stories centers on a girl named Evalyn Lucien who went missing in 1988. The designers of the game put an incredible amount of effort into the backstory, including creating a journal that Eva supposedly wrote. Of interest, the last 16 pages of the journal consist of cryptic writing. Comparisons have been made between it and the Codex Seraphinianus. […] A web search shows a tweet with a Dropbox link containing a scanned PDF.

Here is a page from the aforementioned fictional diary: 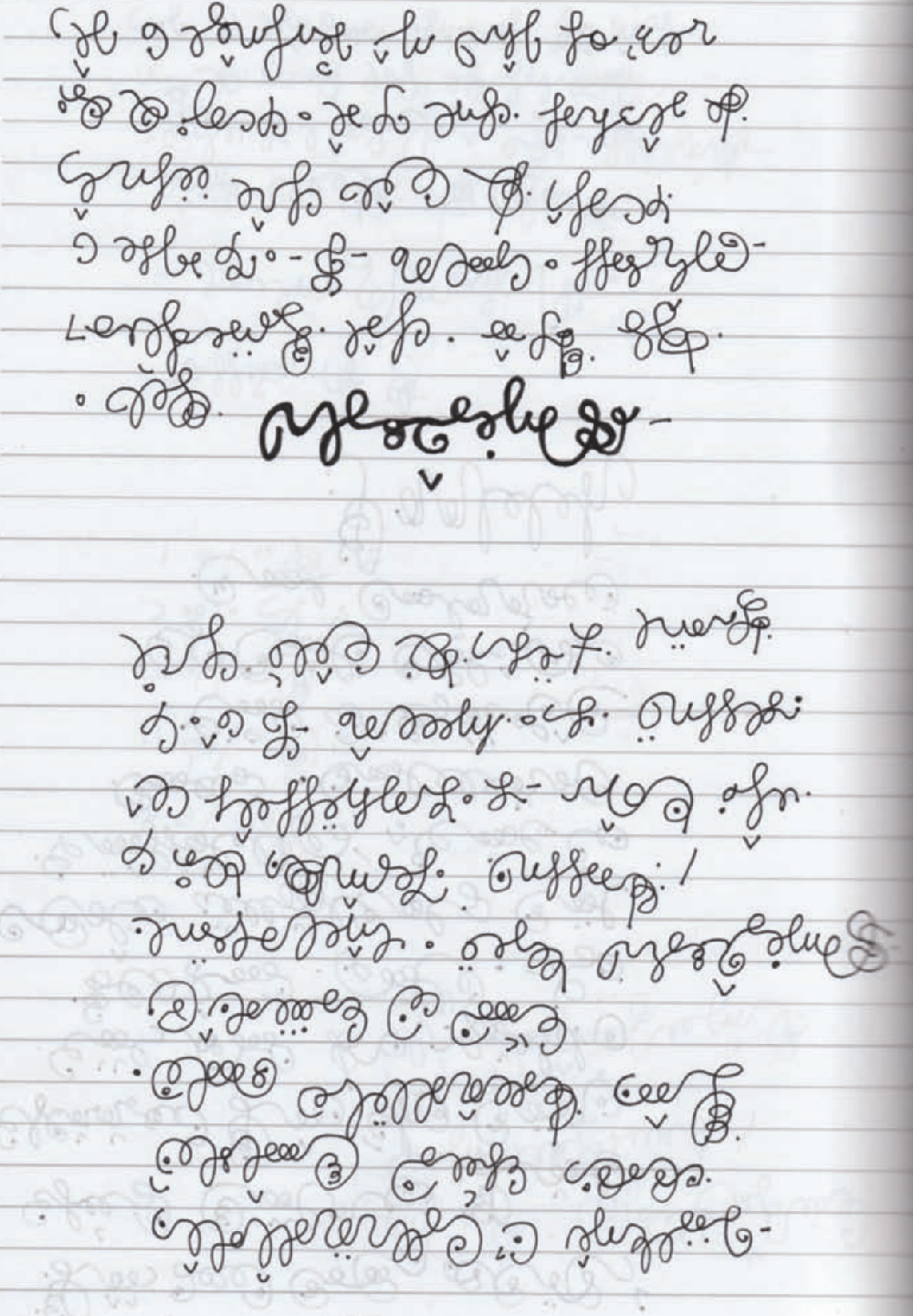 A certain similarity with the Codex Seraphinianus is indeed not to be overlooked. 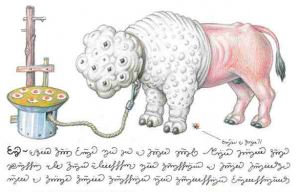 The Codex Seraphianus, a book from the seventies, has never been deciphered and probably cannot be deciphered. The aforementioned fictional diary, now a decade old, has also apparently not been solved yet. Perhaps my readers will find out more.

The next tipster might look familiar to some readers: Frank Schwellinger, author of the book “Why is there no beer in Hawaii”. This book contains a cryptographic puzzle related to the Ivory Coast, the solution of which is not given. When I reported about it, several readers pounced on it. After numerous attempts and some tips from the author, Magnus Ekhall finally found the solution.

Recently, Mr. Schwellinger wrote to me: “After the Elfenbeiküsten puzzle had definitely captivated many readers, I would now like to provide you and your readership with another puzzle, this time designed exclusively for your blog. It uses a ‘spring blossom’ font designed by me.” Here it is (the copyright notice does not belong to the puzzle, according to Mr. Schwellinger): 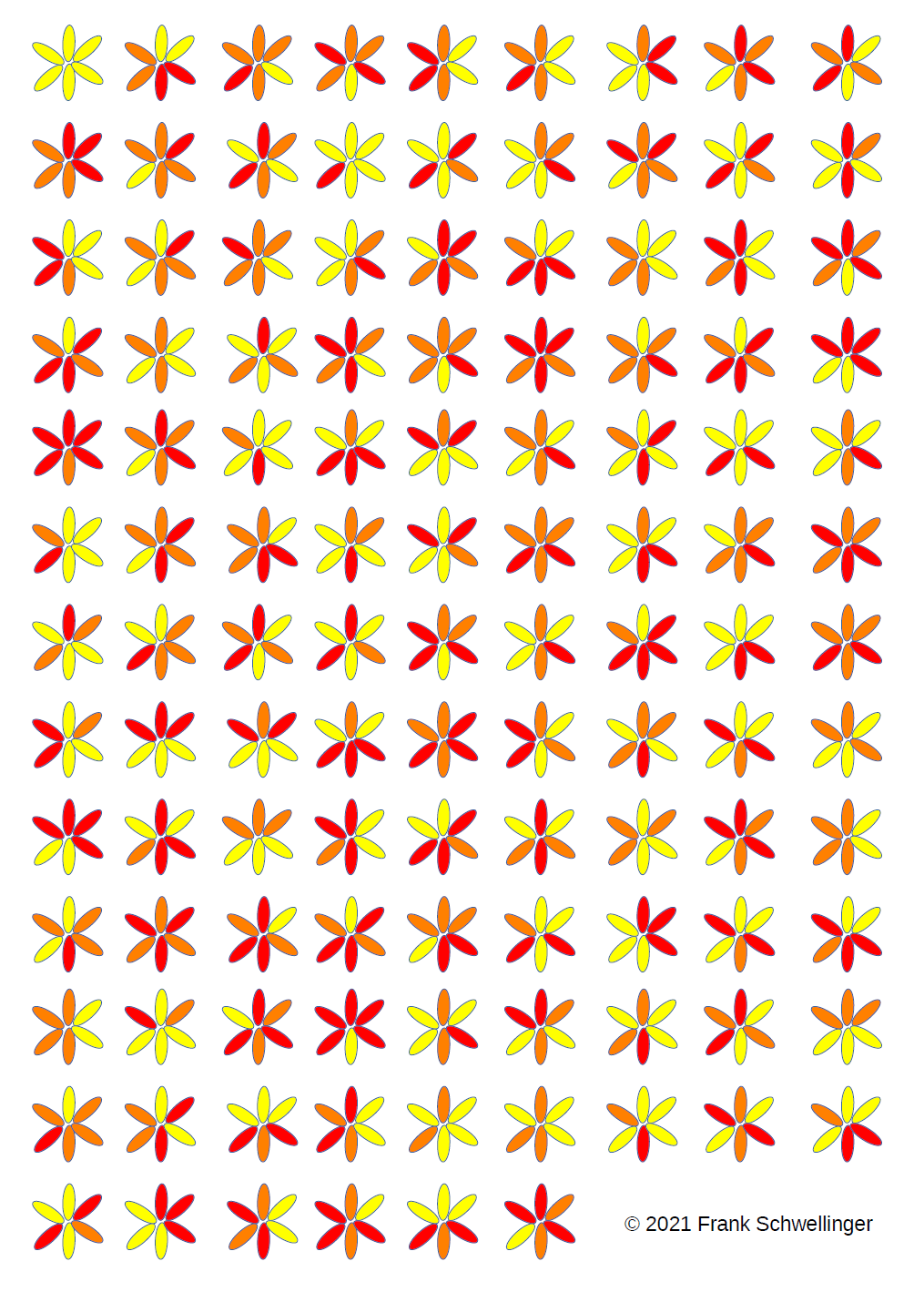 The plain text is written in English this time. The level of difficulty should be roughly comparable with that of the Ivory Coast puzzle. There is a hint: The last line of the flower writing is “angles” in plain text.

Once again, Mr. Schwellinger has offered a reward: 100 euros for the first person to post the solution on the blog page! However, this must happen before December 1, 2021. Who wants to get the money, must have a Paypal account or allow the receipt via the Paypal account of a third party. Only the full plain text will be accepted as the solution.