StartseiteCipherbrainIs the Dorabella cryptogram a fake? 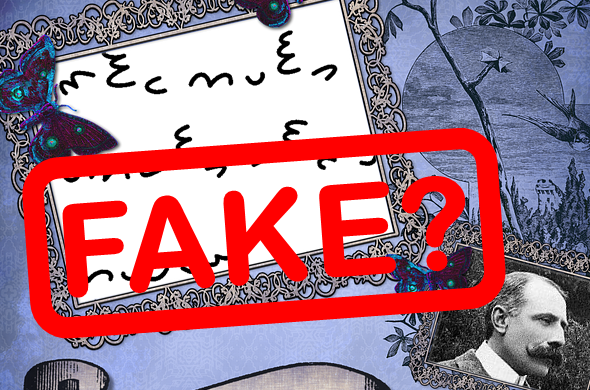 Is the Dorabella cryptogram a fake?

The Dorabella cryptogram, said to be by the composer Edward Elgar, is one of the most famous unsolved ciphers. Some indications suggest that it is a forgery.

One of my last blog articles presented five more or less known encrypted messages that are probably forgeries. Soon there will be a sequel with more examples.

In contrast, the Dorabella cryptogram, one of the best known unsolved crypto mysteries ever, is hardly discussed as a possible forgery in the (rather extensive) literature. Admittedly, this is also true for the book chapters and articles I have written on the subject. However, there are some indications which speak against the authenticity of this document. It is high time to summarize these once.

For those who don’t know, the Dorabella cryptogram was (allegedly) written by the British composer Edward Elgar (1957-1934). His most famous composition is the piece “Land of Hope and Glory” from 1902, which is sometimes used as the unofficial British national anthem:

Like many other musicians, Elgar was interested in cryptology. In 1897, the then unknown composer (allegedly) wrote a letter to a girlfriend 17 years his junior named Dora Penny. To this letter he enclosed a note with a short coded message:

Surprisingly, no one has ever managed to crack this message sent to a person not versed in cryptology. In the meantime, the Dorabella cryptogram belongs to the world’s most famous unsolved cryptological puzzles ever and thus also to my list of the most famous cryptograms.

My transcription of the Dorabella cryptogram looks as follows (unfortunately the handwriting is not quite clear in some places):

The encoded text includes 87 characters without spaces, extending over three lines. There are 24 different characters. Each of them is composed of one, two or three arcs. The J is the most common letter, followed by the F and the P.

Unfortunately, nothing is known about the contents of the Dorabella message. Apparently, it is a message for Dora Penny and was intended to be deciphered by her.

The Dorabella cryptogram is also listed as a task on MysteryTwister C3. There are several alleged solutions circulating on the Internet, but they have not gained any recognition.

So much for the known part. But why could the Dorabella cryptogram be a fake? Some reasons for this could already be read on this blog. However, these explanations do not come from me, but from Cipherbrain reader Thomas Ernst. 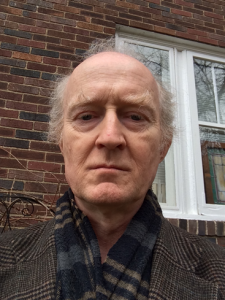 Ernst has thankfully posted his remarks in very detailed comments on my blog:

According to Thomas Ernst, he is planning a technical publication on this subject. It is probably unnecessary to mention that I am very curious about it. In the following I want to summarize the most important points which speak for a forgery.

In my opinion, there are above all three indications which have to be mentioned.

Provenance (i.e., the history of an object) is an important criterion in determining whether an object is genuine.

If one looks at the history of the Dorabella cryptogram, the first thing that stands out is: There is only one source for the cryptogram: the book “Edward Elgar: Memories of a Variation” by Dora Powell (née Penny). This work was published in 1937, three years after the composer’s death. There is no evidence that the cryptogram existed during Elgar’s lifetime, let alone that he wrote it in 1897.

So it could well be that Dora Powell created (read: forged) the Dorabella cryptogram herself to make her book more exciting with it.

One possibility would be that Dora Powell knew these notes and used them as a model for the forgery. Thomas Ernst, however, thinks that Powell also forged the two notes to make the cryptogram appear more credible. This is quite possible, because Powell had access to the corresponding documents after Elgar’s death, when they were given to a museum.

Indication 2: Letter substitution is ruled out

The frequency distribution of the 24 characters in the Dorabella crptogram points to a simple letter substitution. However, all attempts to solve the puzzle with this approach have failed so far.

It is conceivable that Elgar used special words or unusual spellings. In one of his notebooks, the sentence DO YOU GO TO LONDON TOMORROW? can be read, which contains many Os, but no E – very confusing for a codebreaker. The same applies to the sentence “warbling wigorously in Worcester wunce a week”, which comes from Elgar.

To investigate this hypothesis, I examined the Dorabella cryptogram three years ago using two methods that identify consonants and vowels, respectively, in a text. These are the consonant line method and the vowel recognition method (the names of the methods are not particularly imaginatively chosen, but this does not affect their quality). Both methods are described in the book “Cryptanalysis” by Helen Fouché Gaines.

The results were clear: while both methods worked perfectly well on a comparison text, they did not give usable results on the Dorabella cryptogram. This is a strong indication that the Dorabella cryptogram is not based on letter substitution. So either a more complicated cipher or none at all must have been used. This is not a proof, but it strengthens the assumption of Thomas Ernst (see next subchapter), that Dora Powell threw the cryptogram together randomly.

Indication 3: Writing preference instead of linguistics

Thomas Ernst concludes in one of his comments that the symbol sequences in the Dorabella cryptogram show patterns that can hardly be explained linguistically, but can be explained by Powell’s writing preferences:

If you look at the distribution and amount of certain signs, it becomes apparent that neither can be dictated by an underlying monoalphabetic principle, but that their existence or avoidance is dictated graphologically: DP had difficulty writing at certain angles, independent of whether the sign had one, two, or three semicircles, 180 and 315 degrees being the most obvious. Distribution-wise, DP also has her preferences, to wit two semicircles at 90 degrees: four times in line 1, eight (!) times in line two, but once in line 3. Add the following to the distribution: typically, DP repeats a symbol after 7 or 8 different symbols. This is a rather amateurish way of faking a cipher: make as many symbols different from the previous, before repeating one. That is one of the reasons why no one as of yet has found suitable words without tuning the English language into gibberish. – The third, sagging line appears to have been added later, because it has a different symbol distribution from lines one and two. – Since the American music critic Irving Kolodin put the “Dorabella Cipher” into the lime light in the 1950s, there have been repeated suggestions that this “cipher” may contain music. Pray tell: how so???

The circumstantial evidence presented here is, of course, not proof. On the whole, however, I consider a forgery by Dora Powell to be quite possible.

Now I would be interested in the opinion of my readers on this subject.