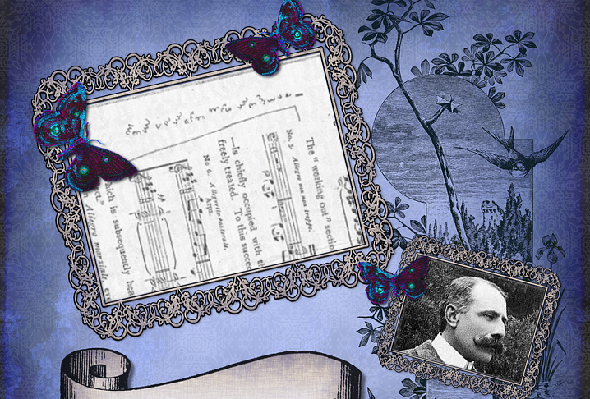 The Dorabella cryptogram, an encrypted message left behind by British composer Edward Elgar, is one of the most famous crypto mysteries in the world. Here are two more crypto mysteries Elgar created. They have not received much attention so far.

Readers of this blog are certainly familiar with the Dorabella cryptogram, an encrypted text created by British composer Edward Elgar (1857-1934).

Like many other musicians, Edward Elgar had an interest in cryptology. The ciphertext we know as Dorabella cryptogram today was included in a letter he wrote to his female friend Dora Penny on July 14, 1897. Considering that Dora Penny did not know much about codebreaking, one could expect that these encrypted lines are easy to decipher. However, neither Penny herself nor anybody else has ever found the solution of this challenge, though many have tried.

While the Dorabella cryptogram has become one of the world’s most famous crypto mysteries, it is much less known that Edward Elgar left behind two more encrypted notes that are unsolved to date. They use the same alphabet consisting of semicircle symbols. The main source for these cryptograms (and a few other cryptologic dalliances Elgar occupied himself with) is the book Unsolved! written by Craig Bauer (the following picture was taken at the HistoCrypt in Uppsala; yes, I am a little taller than Craig). 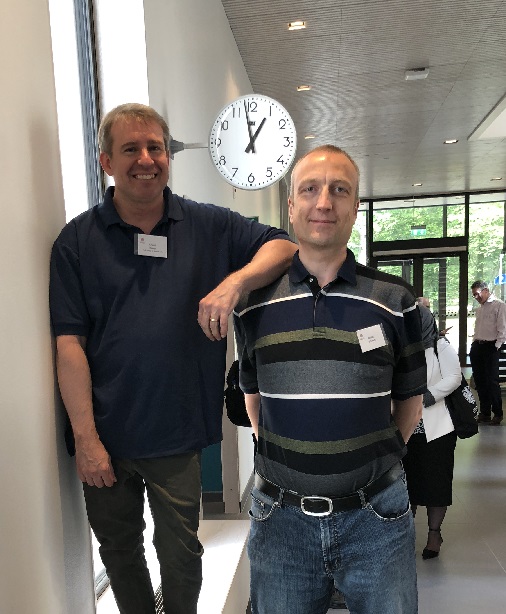 In 1886 (11 years before the Dorabella cryptogram was created) Edward Elgar attended a performance in honor of composer Franz Liszt, who was visiting England. In the margin of his program Elgar made the following notation: 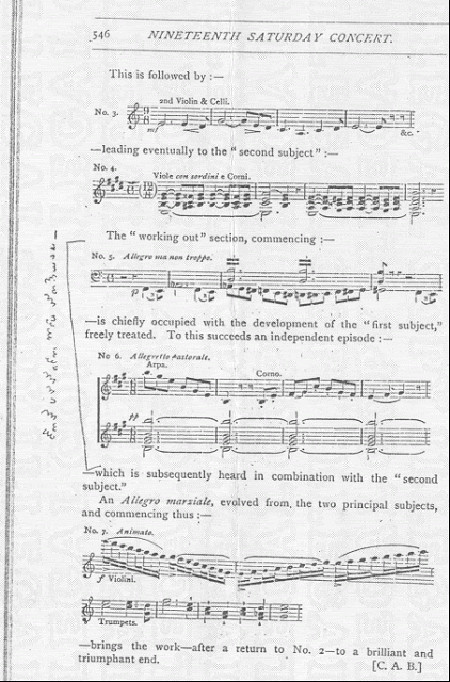 Here’s a close-up view (both pictures are taken from the blog Futily Closet):

The meaning of this ciphertext is unknown. According to the Futility Closet article, a certain Anthony Thorley suggested that the cleartext was GETS YOU TO JOY, AND HYSTERIOUS, where the last word is a portmanteau combining hysteria and mysterious. However, this solution doesn’t make much sense to me.

Here’s another encrypted note by Elgar that is introduced in Craig’s book (it’s not dated, the creation time is unknown): 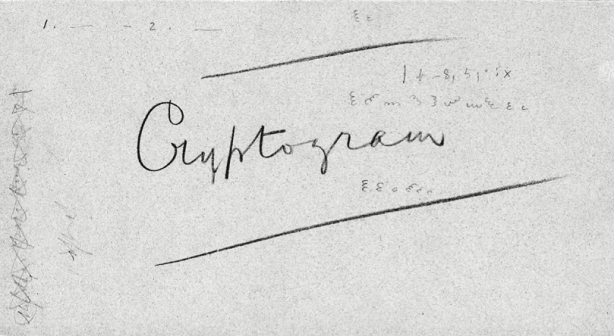 As can be seen, this card shows the word “Cryptogram” written in the clear. In addition, 18 semicircle symbols (in three lines), as known from the Dorabella cryptogram, can be seen. Above the middle line the following characters can be read:

Will these two mysteries help to solve the Dorabella cryptogram?

While the Dorabella cryptogram is well researched, the Liszt fragment and the Cryptogram card have received little to no attention in the crypto community. It is not known whether these two additional unsolved cryptograms are encrypted in the same way as the Dorabella cryptogram. Anyway, it is worth studying them, as they might help to understand how Elgar used encryption.

If a reader can draw any conclusions from the Liszt fragment or the Cryptogram card, please leave a comment.
Follow @KlausSchmeh