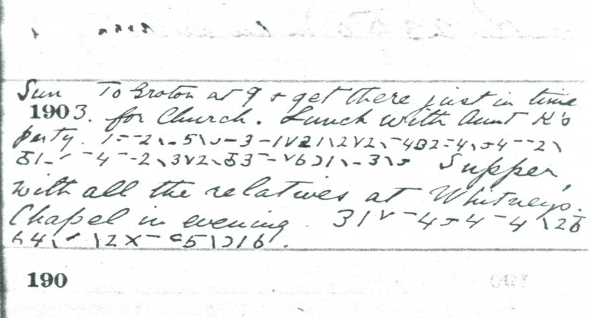 Today we are talking about a prominent and an unknown diarist from the USA. Both used encryption.

One of the nice things about being a crypto historian is that you always get surprises. That was exactly the case once again when I recently – as I often do – used Google to search for unsolved encryptions and other interesting stories for my blog.

In one of my searches, I came across an encrypted diary of future U.S. President Franklin D. Roosevelt. I had never heard of this document before. Yet I have searched quite often for keywords like “encrypted diary” or “encrypted journal” without ever encountering a Roosevelt diary.

The cryptographic activities of important personalities have also been a topic on my blog and in my books from time to time – from Mary Stuart to Wallenstein to US presidents like Jefferson or Kennedy. But even in this context, I have not come across Roosevelt as a crypto-diary writer.

I finally came across Roosevelt’s diary – thank Google – on a page of the Franklin Delano Roosevelt Foundation (where else?). There is an article titled “FDR’s Secret Code” by Michael Weishan. It talks about a diary that Roosevelt kept long before he became US president. Apparently, some passages in it are encrypted. Unfortunately, only one example is shown: 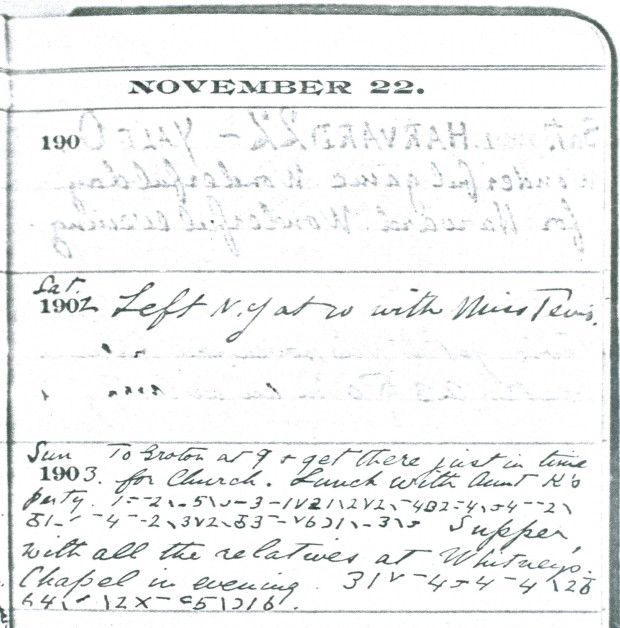 The encoding method used is not particularly difficult: 1=A, 2=E, 3=I, 4=O and 5=U. The consonants are each encoded by incomplete versions of the letter, for example ¬=T and -=H. The encoded passage is as follows in plain text:

After lunch I have a never to be forgotten walk with my darling.” & “And I am going to New York next Sunday.

So Roosevelt mentions his beloved (“darling”) here. According to the article, this was also the reason why he encoded these lines: His mother should not know about this love.

As it looks, Roosevelt only encoded a few passages in his diary, which is why one cannot speak of an encoded diary here. However, there should still be more encrypted passages. Does any reader know anything about this?

During the same search I came across another diary of a US-American on the US portal “Country Roads”. His name was Joseph W. Ely and he served as a soldier in the US Secession War.

Ely also encrypted some of his entries. Here is the only example given in the source (the author is Terry L. Jones): 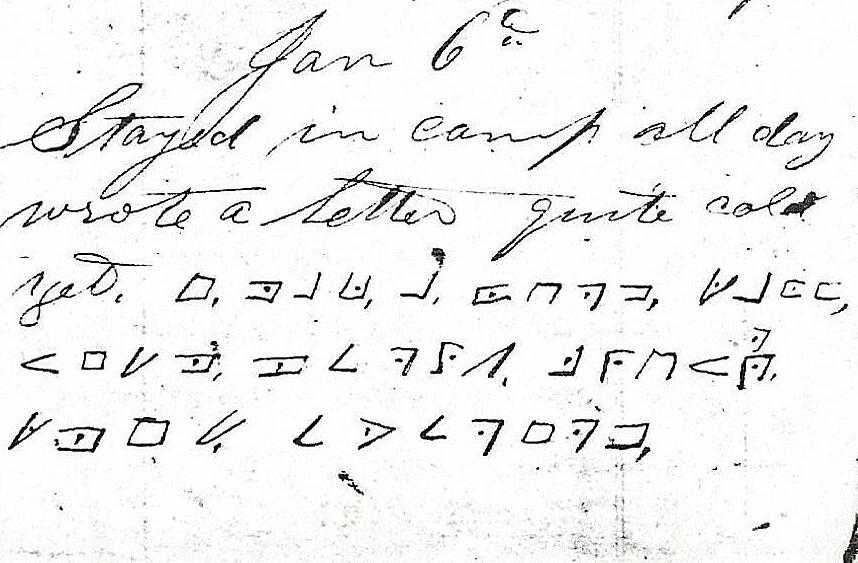 As mentioned in the article, a Pigpen cipher was used here. Such a cipher is based in its best known form on the following table: 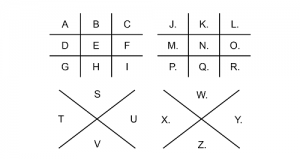 However, Joseph W. Ely used a different Pigpen variant. Terry L. Jones writes that he solved the cipher, but he gives no details. Can a reader decipher this diary passage?