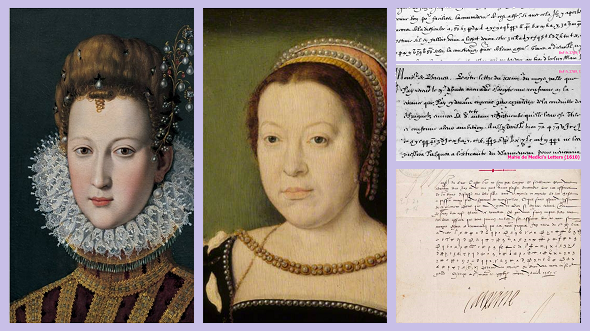 The Encrypted Letters of Catherine and Mary de Medici

Two queens from the Renaissance period have left behind coded letters that have not yet been deciphered. Can a reader solve these two mysteries?

Once again, I would like to delve into European history today. Catherine de Medici (1519-1589) is considered one of the most important women of the Renaissance period. She came from the influential Florentine Medici family and married the French King Henry II in 1547, becoming queen herself. Her great uncle was Pope Leo X.

As regent for her minor sons, Catherine had great political influence for a time. She also brought Italian culture to the French court, which continues to have an impact today. In particular, Catherine is considered the founder of the now world-famous French culinary art.

Mary de Medici (1575-1642) is somewhat less well known. She, too, came from the Medici clan and married Henry IV, a French king. And she too had cultural as well as at times political influence. In particular, she went down in history as a major patron of the arts.

A letter from Catherine

Thanks to Google, I recently came across a partially encoded letter written by Catherine de Medici on the website of a French archive. 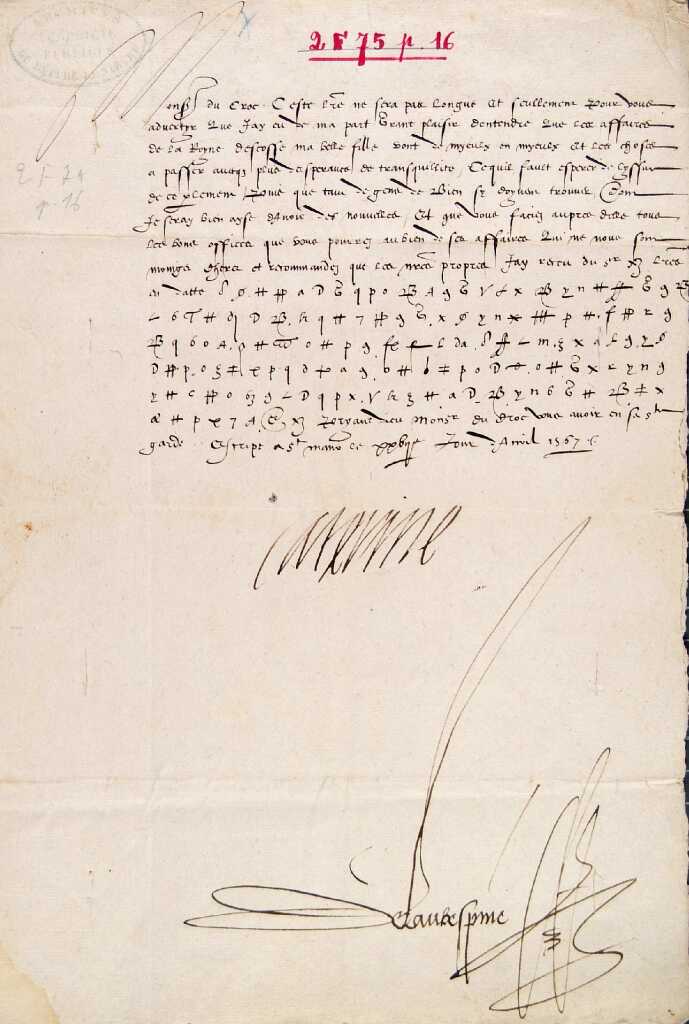 The letter is dated 1557. Catherine was Queen of France at that time. Two years later, her husband died, making her son the new king. Can a reader place this letter historically?

The cipher used could be a letter substitution. It may contain some homophones. It could also be a simple nomenclator. Can a reader find out more?

A good source for Renaissance ciphers (and much more) is Satoshi Tomokyo’s Cryptiana website. Catherine de Medici is not mentioned there, but the aforementioned Mary de Medici is. This also corresponded encrypted. Satoshi has scans of two letters written by Maria on his site: 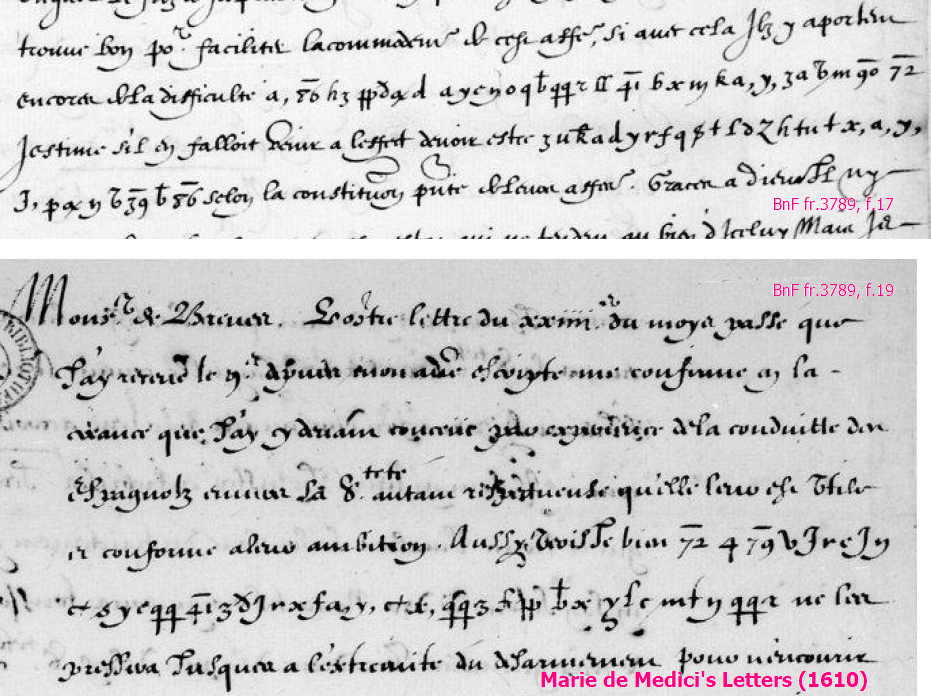 Both letters date from 1610, the year in which Mary took over the regency for the king, who was still under age. Whether the letter is connected with this is not known to me.

It is clear that Maria used a different encoding method than Catherine. However, it could also be a letter substitution, possibly with homophones, or a simple nomenclator. Who knows more, please contact me.