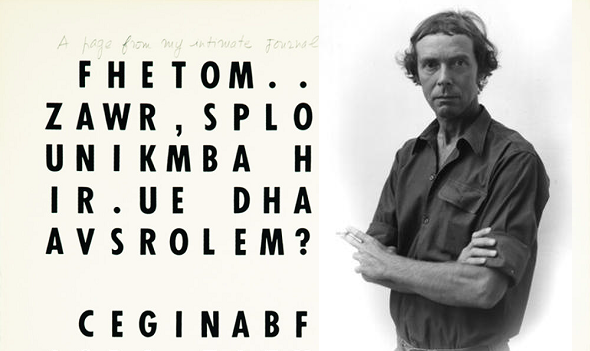 On Cipherbrain I have already reported several times about the artist Guy de Cointet (1934-1983). 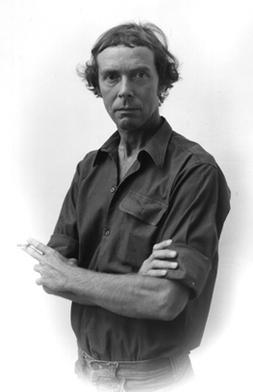 De Cointet was born in Paris and emigrated to the USA in 1966. He lived in New York and Los Angeles, where almost all of his works were created.

More information about de Cointet can be found in his Wikipedia entry. He has not yet made it into the German Wikipedia. The French article consists of only two lines and numerous references. Guy de Cointet also has a website. Who is running it is not known to me.

Unfortunately, I have not yet been able to find out why de Cointet lived to be only 49 years old.

By all accounts, Guy de Cointet had a penchant for coded messages. Yet he is not mentioned anywhere in the literature on crypto history. I hope that this article will make this artist a bit better known in the crypto scene.

Already on de Coint’s website one is greeted with a jumble of letters. Unfortunately, I didn’t find any information about the artist’s crypto passion either there or on Wikipedia. So it is not clear to me how de Cointet came to cryptography and in what way he was involved with it.

On Cipherbrain, I have so far reported on only one of de Cointet’s works: the book “A Captain from Portugal?”. This consists exclusively of presumably encrypted messages. Already the title page is encrypted: 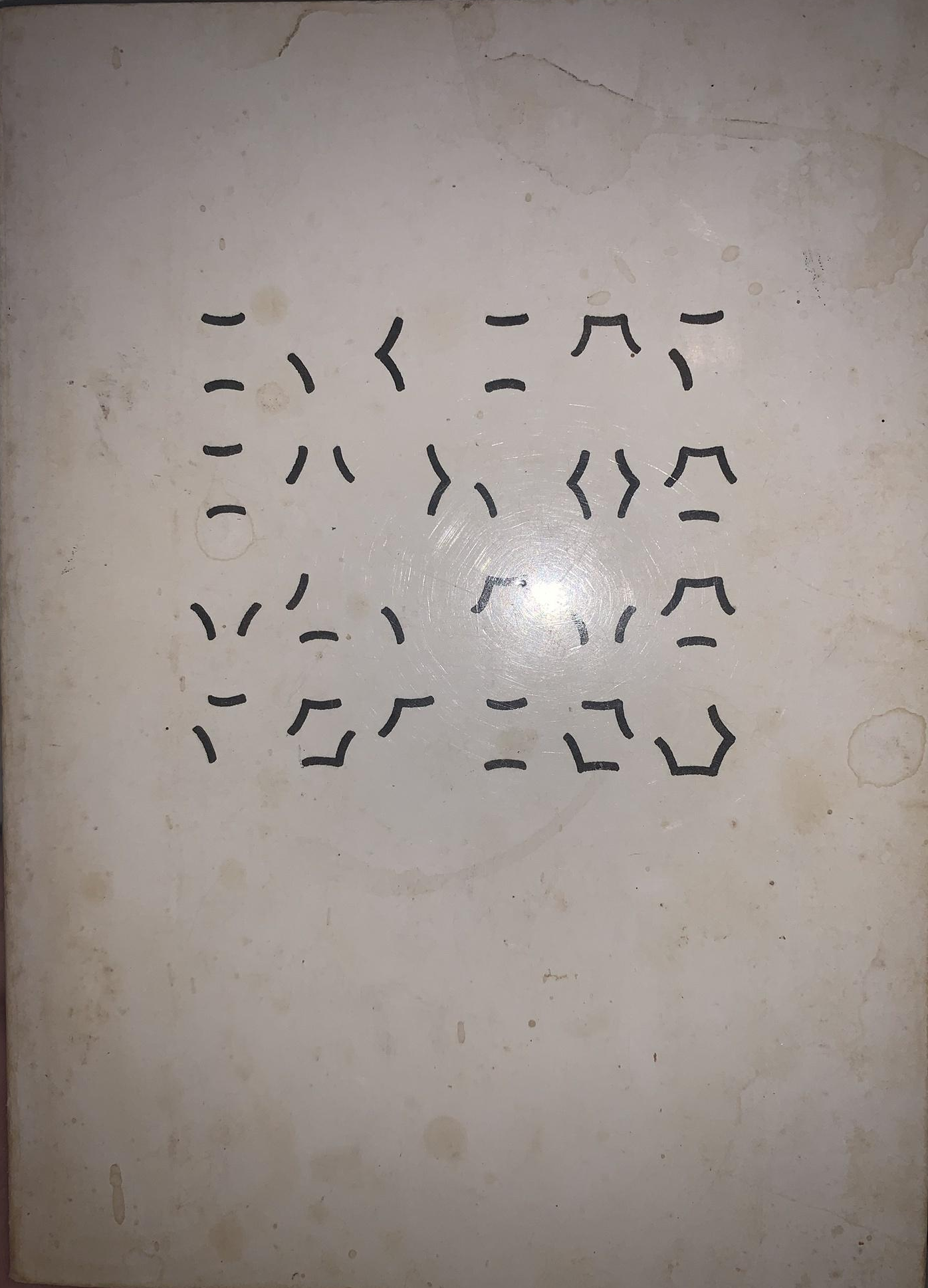 The polygon font shown here is also used in many places within the book. Blog reader Armin Krauß has solved it. Here is the substitution table:

Thus, the title page of the book can be decoded as follows:

A CAPTAIN FROM PORTUGAL?

Several other ciphers from this book were also solved by my readers.

However, there are still unsolved passages in “A Captain from Portugal?”. For example this one: 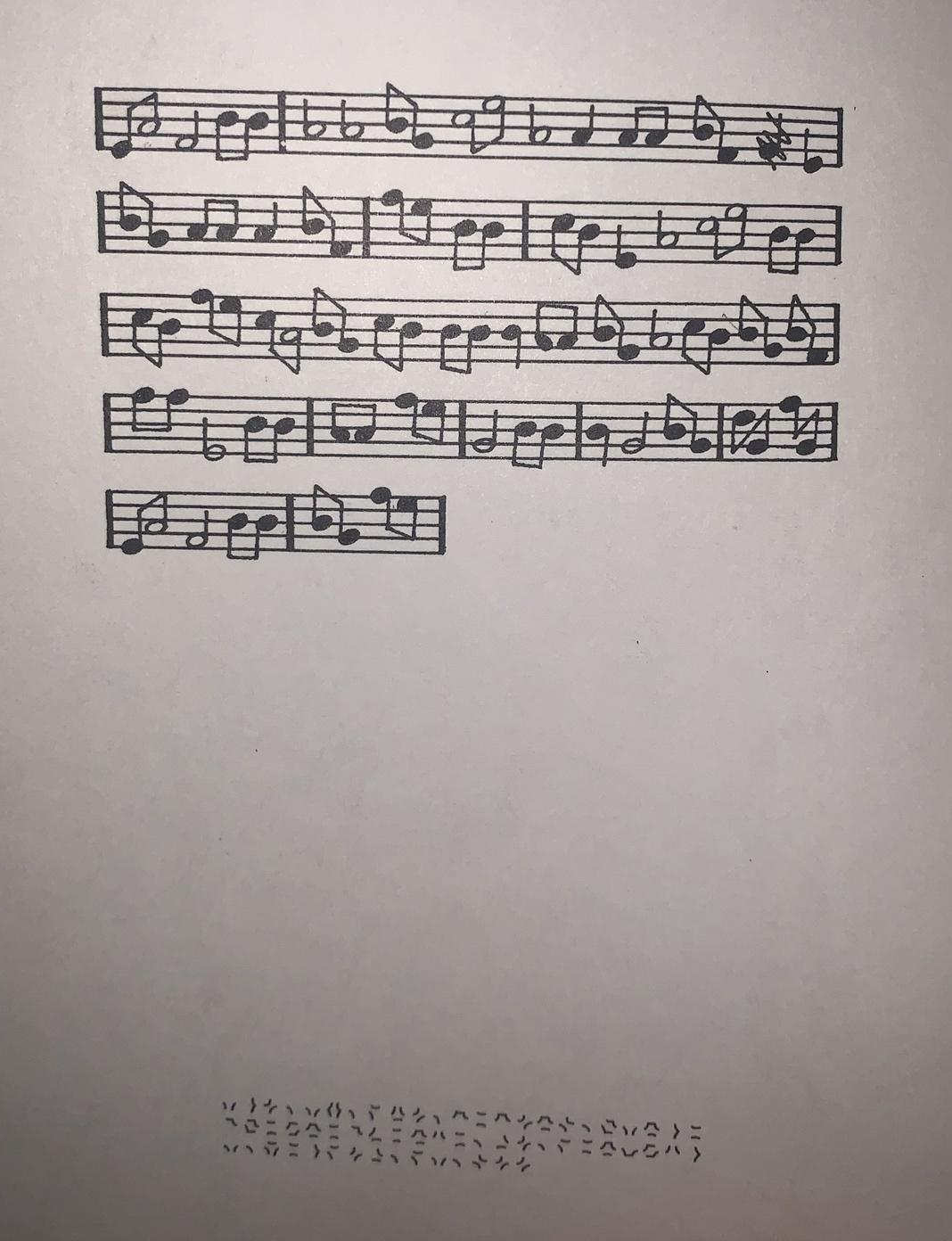 Can a reader solve this note cipher? 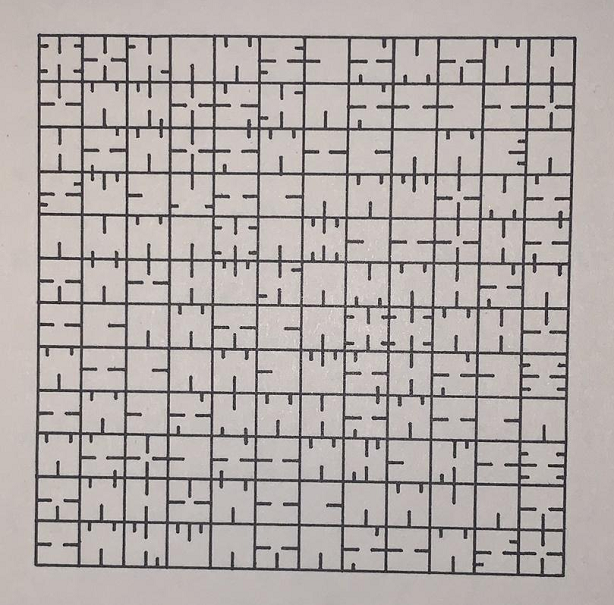 Can a reader solve this message?

A search on Google Images reveals that Guy de Cointet created numerous other paintings that may show coded messages. The following example, titled “Halved Painting,” is owned by the Museum of Contemporary Art (MOCA) in Los Angeles: 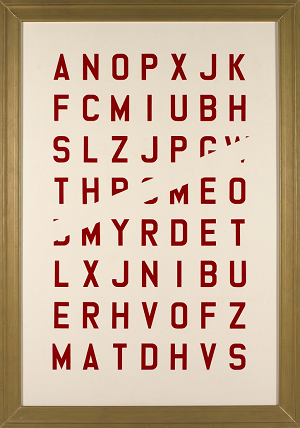 The following picture, which hangs in the Greene Naftali Gallery in New York, could also be decipherable: 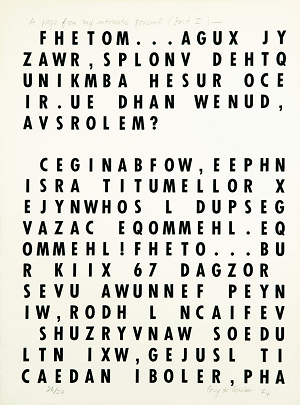 Can a reader decipher these two cryptograms?

I included the two aforementioned galleries in Los Angeles and New York in the Cryptologic Travel Guide I created with blog reader Christian Baumann.

There are numerous other paintings by de Cointet that consist of letters, numbers, or symbols. Presumably, not all of them are decipherable.

It is still not clear to me whether Guy de Cointet has anything to do with the Cylob cryptogram. This is a book whose content consists only of symbols. As things stand, it could have been written by Cointet himself or inspired by him. On the other hand, the similarities could be coincidence.

I would appreciate any further information about Guy de Cointet, his obvious interest in cryptography and his encrypted artworks.