Reddit users have been puzzling over a strange road sign in the UK for years. Can a reader solve this unusual cryptogram?

On the website Reddit I have already discovered many interesting topics for my Cipherbrain blog. Especially the group “r/codes” proves to be a treasure trove again and again. Although there is a lot of garbage posted there, there is always a pearl or two in between.

The following cryptogram, posted by a Reddit user named “Tough-Tower4783” two months ago, does not quite belong in the pearl category: 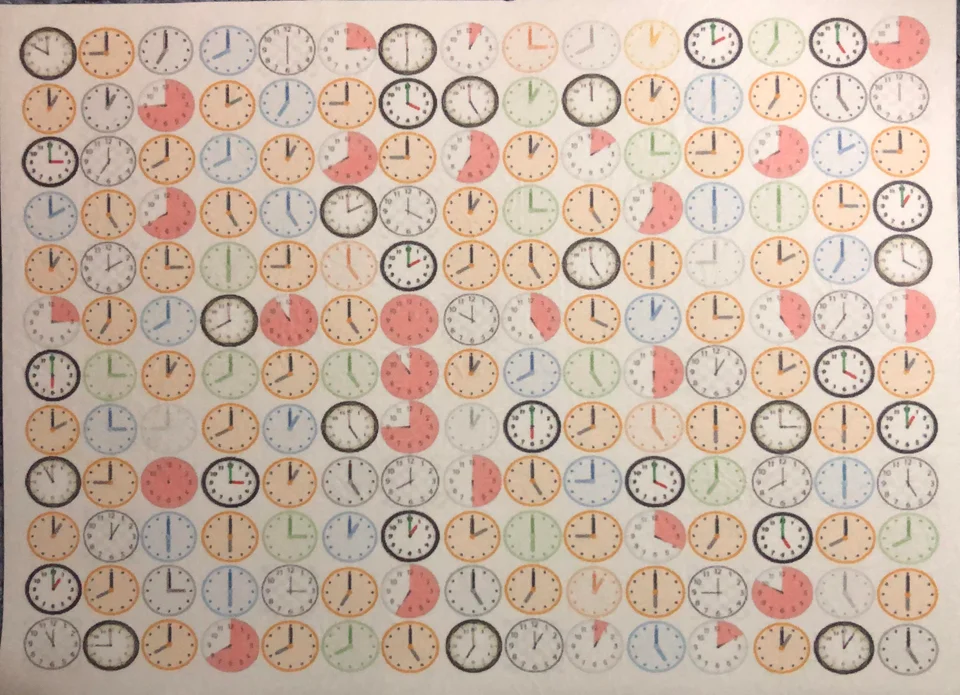 As mentioned, this puzzle is certainly not one of the highlights among Reddit cryptograms, especially since nothing is known about the background. Nevertheless, maybe a reader would like to try his hand at it.

But now we come to a real Reddit gem. Also two months ago, a Reddit user named “therealpuledi” presented the following traffic sign from the United Kingdom: 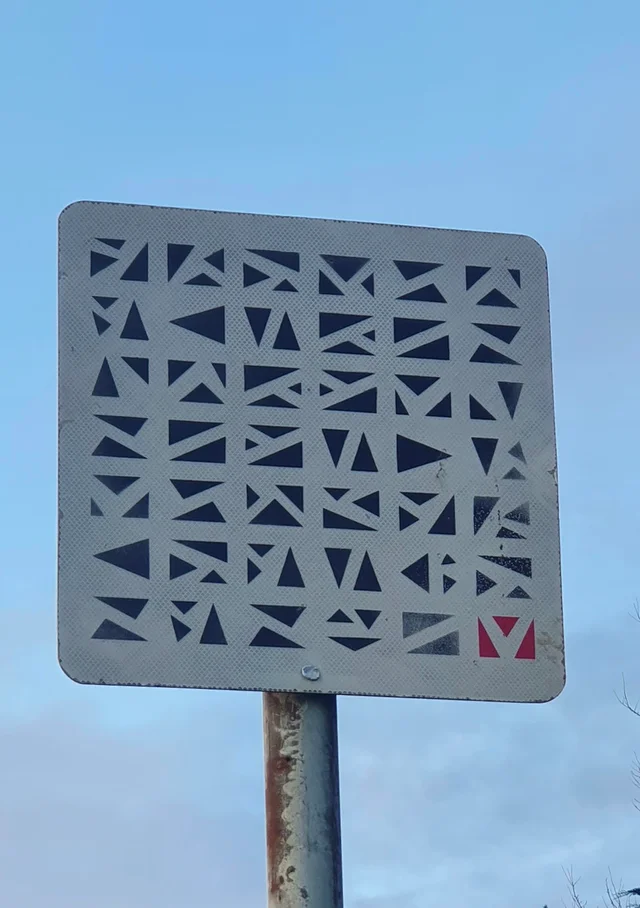 Unfortunately, the corresponding Reddit post once again contains hardly any information about the background of this cryptogram. Unfortunately, this is the rule on Reddit. Does any reader know where this sign is or was? Are there perhaps even several of them? A Google Images search had no success, unfortunately.

Of course, I can’t guarantee that this sign really exists and that it is somewhere on a street. It’s also possible that it’s a photo montage or that someone made the sign just to take this one photo.

Unfortunately, I don’t know if this sign was actually posted on Reddit a few years ago, as “therealpuledi” claims. Supposedly, no one was able to shed light on it even back then.

If the sign is more than just a joke, it could be part of a game – like a scavenger hunt or an alternate reality game. Most likely, someone put it up without permission, and subsequently no one felt compelled to remove it.

“SACRED-GEOMETRY” has noticed that part of the cryptogram is mirrored. It can be seen in the following picture by blog reader “YefimShifrin”: 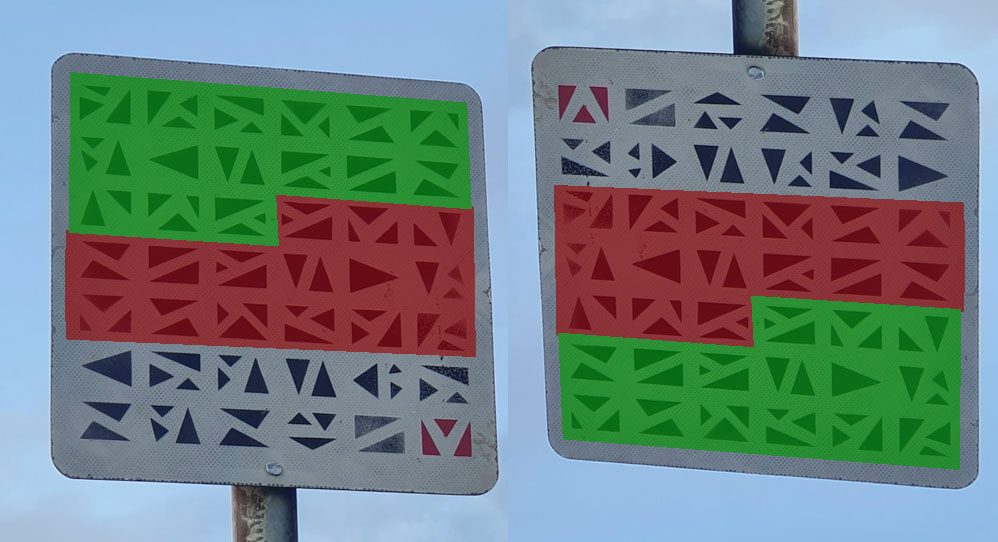 “ShimiTheOtter” has pointed out that the cryptogram is similar to a Betamaze cipher as described here on dCode. Does that help?

Otherwise, the various Reddit users also seem rather clueless. Of course, it could also be that the road sign cryptogram has no meaning at all and only contains meaningless symbols.

Do any Cipherbrain readers know more? I would be happy about one or the other enlightening comment.