StartseiteCipherbrainThe unsolved mystery from “The Master of Mysteries” 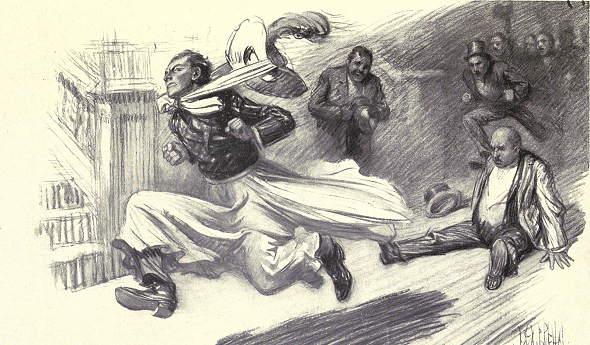 The unsolved mystery from “The Master of Mysteries”

Gelette Burgesse had a sense of humor. The US writer hid three coded messages in his book “The Master of Mysteries” in 1912. So far, only two of them have been found.

Today on Cipherbrain it’s about the US-American artist, art critic, poet, writer and humorist Gelett Burgess (1866-1951) – a man I had never heard of until a few days ago. His obviously rather wry sense of humor, however, made me like him immediately.

Before I get into Burgess, I’d like to mention that an audio interview recently came out that Elonka Dunin and I gave to the “Spycast,” which is the official podcast of the Spy Museum in Washington. You can hear the interview here.

Let’s get back to Gelett Burgess. A quick look at Wikipedia reveals that the latter was extremely busy and versatile. 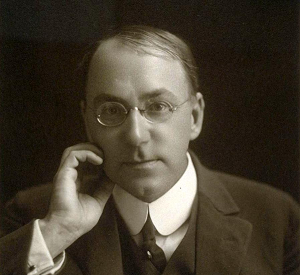 His best-known work is a four-line poem entitled “The Purple Cow,” whose deeper meaning has probably yet to be discovered. In addition, Burgess has written other nonsense poems. The comic series “Goops”, from which an excerpt can be seen here, also appears quite strange: 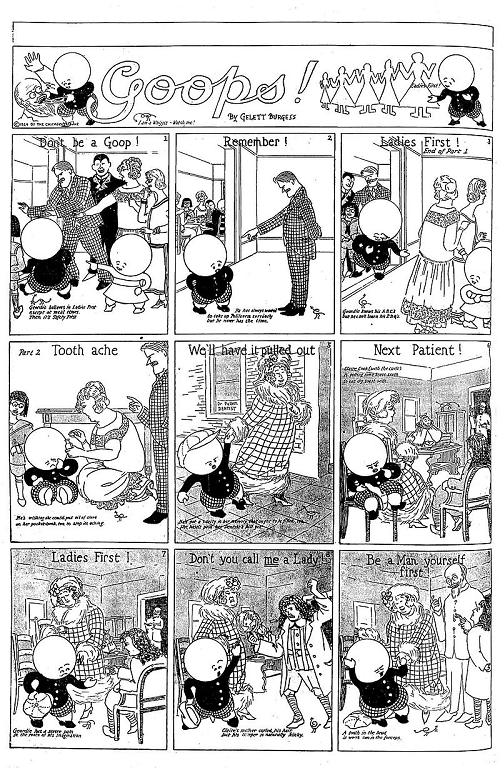 However, Burgess has also published quite serious works. He also introduced a term I first heard about a year or so ago: “blurb.” A blurb is a promotional quote, usually in connection with a book. As work on my current book, Codebreaking: A Practical Guide (written with Elonka Dunin), neared completion a year ago, Elonka and I asked numerous people for a blurb. As you can see from the picture below, we thankfully received some from Dermot Turing, Glen Miranker, Phil Zimmermann, Ed Scheidt, and others:

So now we know who we have to thank for the term “blurb”. You never stop learning.

The Master of Mysteries

In the Facebook group of the Amercian Cryptogramm Association (ACA) Curtis Hoffman pointed a few days ago to a book by Gelett Burgess with the title “The Master of Mysteries” (thanks to Elonka for the hint). Interesting in this work, which by the way does not mention the name of the author, is from our point of view especially the preface, which I want to quote here in full length:

These three pages are about a fictitious book called “Clewfinder” that was published anonymously. It is learned that the anonymous author has encoded three messages in it. The first one gives the name of the author, the second one the reason why the author does not give his name in plain text. There is no more detailed information about the third message.

The first message, the name of the author, is obtained by taking the first letter of each chapter (not the heading, but the body text). Can a reader solve this task?

The second message (this one tells the reason for the mystery) must also be quite easy to find. Unfortunately, I don’t know how this works. Can a reader help out?

The third message has not yet been solved, according to Curtis Hoffman. Does any reader have a clue as to what might be behind this?

I will gladly accept hints?