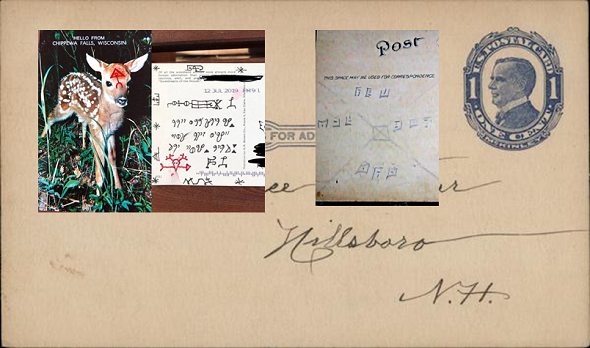 Encrypted postcards are often quite easy to solve for a skilled codebreaker. The three examples I’m presenting today, however, seem extremely tricky. Will a reader still manage to crack them?

However, there are exceptions. I’m featuring three of them today.

I found the following (unfortunately undated) postcard on the CardCow web site: 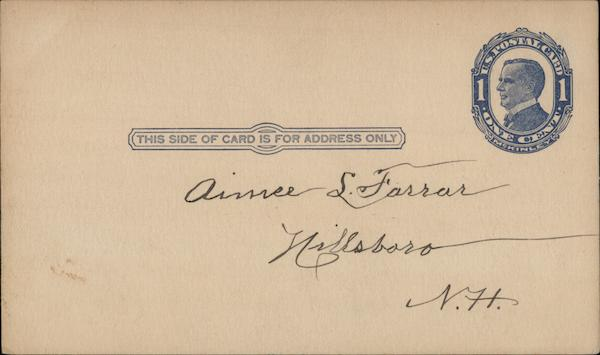 The recipient (I assume it was a woman) lived in Hillsboro, New Hampshire. Her name is difficult to read. “Aimee S. Fassar” would be a possibility. The scan below shows the coded message, which was obviously sent for Valentine’s Day: 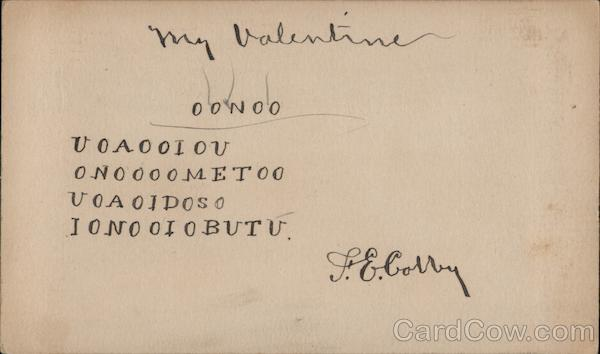 I strongly assume that we are not dealing with a letter substitution here. Much more likely seems to me a rearrangement procedure (transposition cipher), even if the many “O “s (or are they zeros?) irritate a bit. I suspect that I LOVE YOU appears in plain text. Can any reader decipher the card?

The following card, which I discovered on Collectors Weekly, also looks unusual: 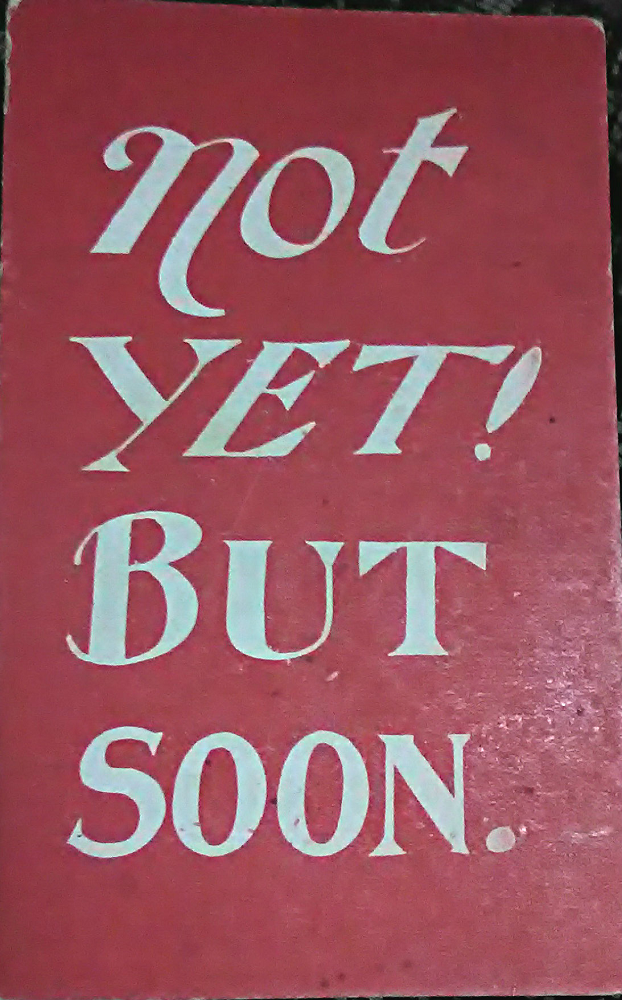 The address page tells us that this card was sent to Lowell, Massachusetts: 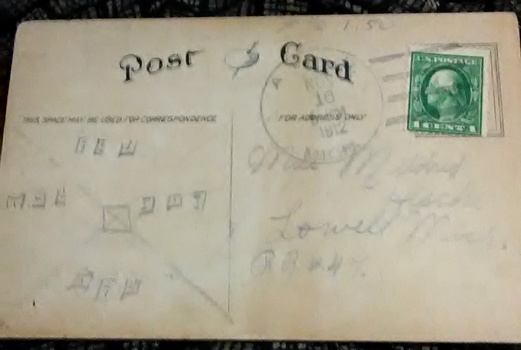 I can’t make out the name of the recipient, but apparently (as is so often the case) it was a “miss”, i.e. an unmarried woman. The encrypted message is shown a bit larger here: 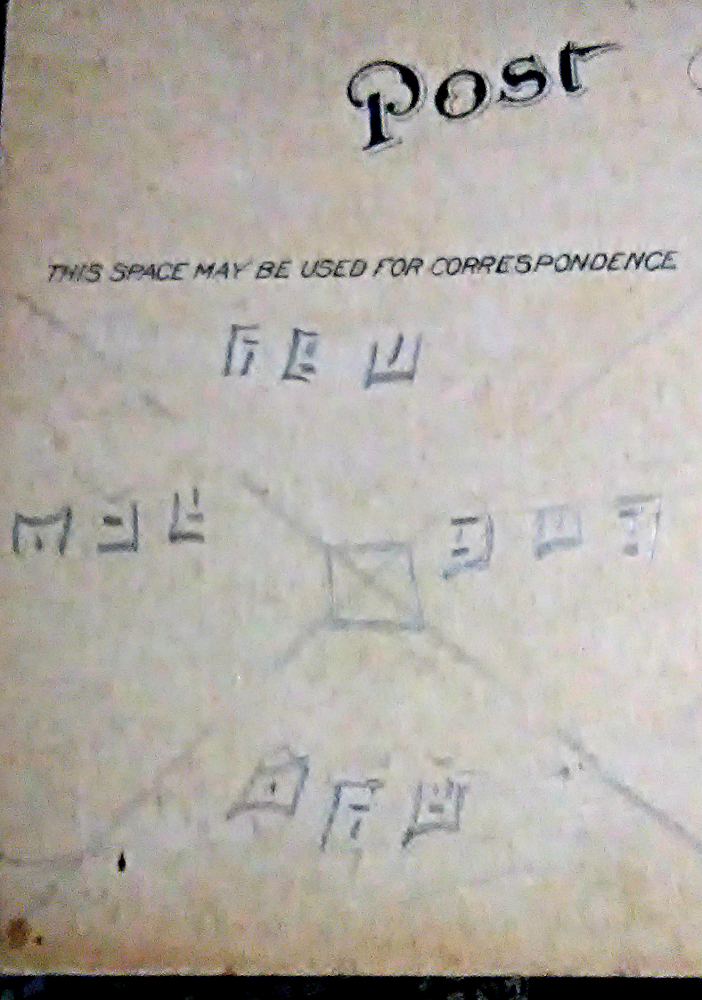 This time, letter substitution may well have been applied. Unfortunately, the message consists of only nine symbols, which makes deciphering extremely difficult. The symbols are reminiscent of a Pigpen cipher. Perhaps a reader will manage to reproduce the structure of the Pigpen diagram.

Let’s move on to another unusual encrypted postcard (it comes from Reddit): 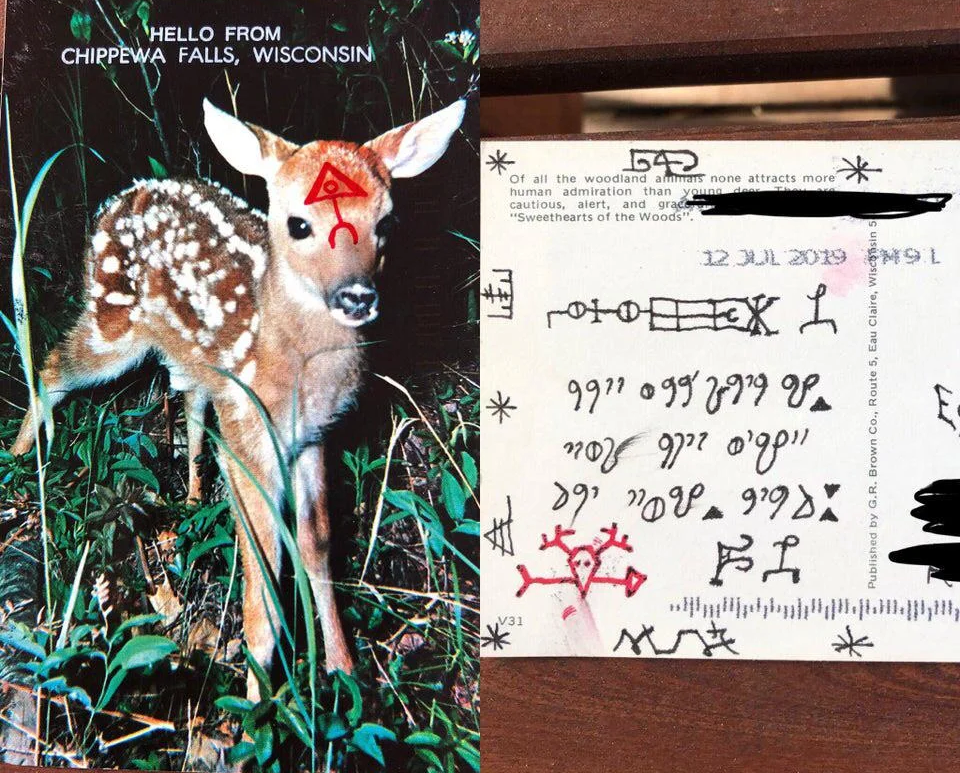 Apparently, the card was sent in 2019. So it is not an antique. Still, I (and the Reddit user who posted the card) would be interested to know what the plain text is. Can any readers comment on this?