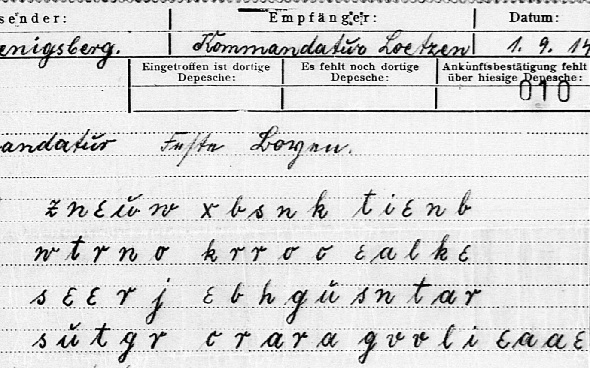 After my readers solved a carrier pigeon message four weeks ago, today there are two more cryptograms of this kind. They are also encrypted with the ÜBCHI method and are unsolved so far. 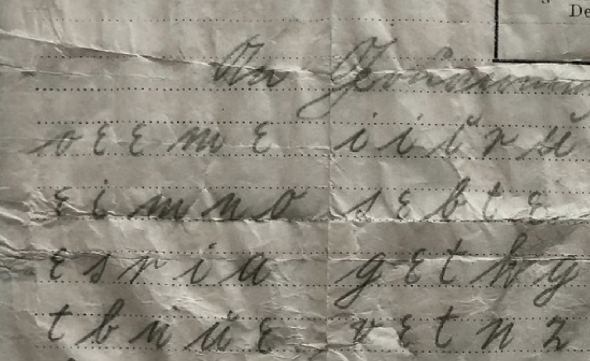 Blog reader Max Bärtl saw that the message had been encrypted using the ÜBCHI method and found the solution rather quickly. The plaintext he found is as follows:

Normally ÜBCHI provides for a double column transposition, but in this case transposition was done only once. According to Gerd Hechfischer, the numbers on the right side are the numbers of the five carrier pigeons that transported the message. Rossignol then found out the key word: FRESH HAFF.

There were also some interesting comments from Thomas Bosbach and Kerberos. So, once again, my readers did a great job.

After this success, Matthias Lohmeyer provided me with two more carrier pigeon news, dating from the same time. He found these in the Federal Archives as well. Here is the first of the two messages: 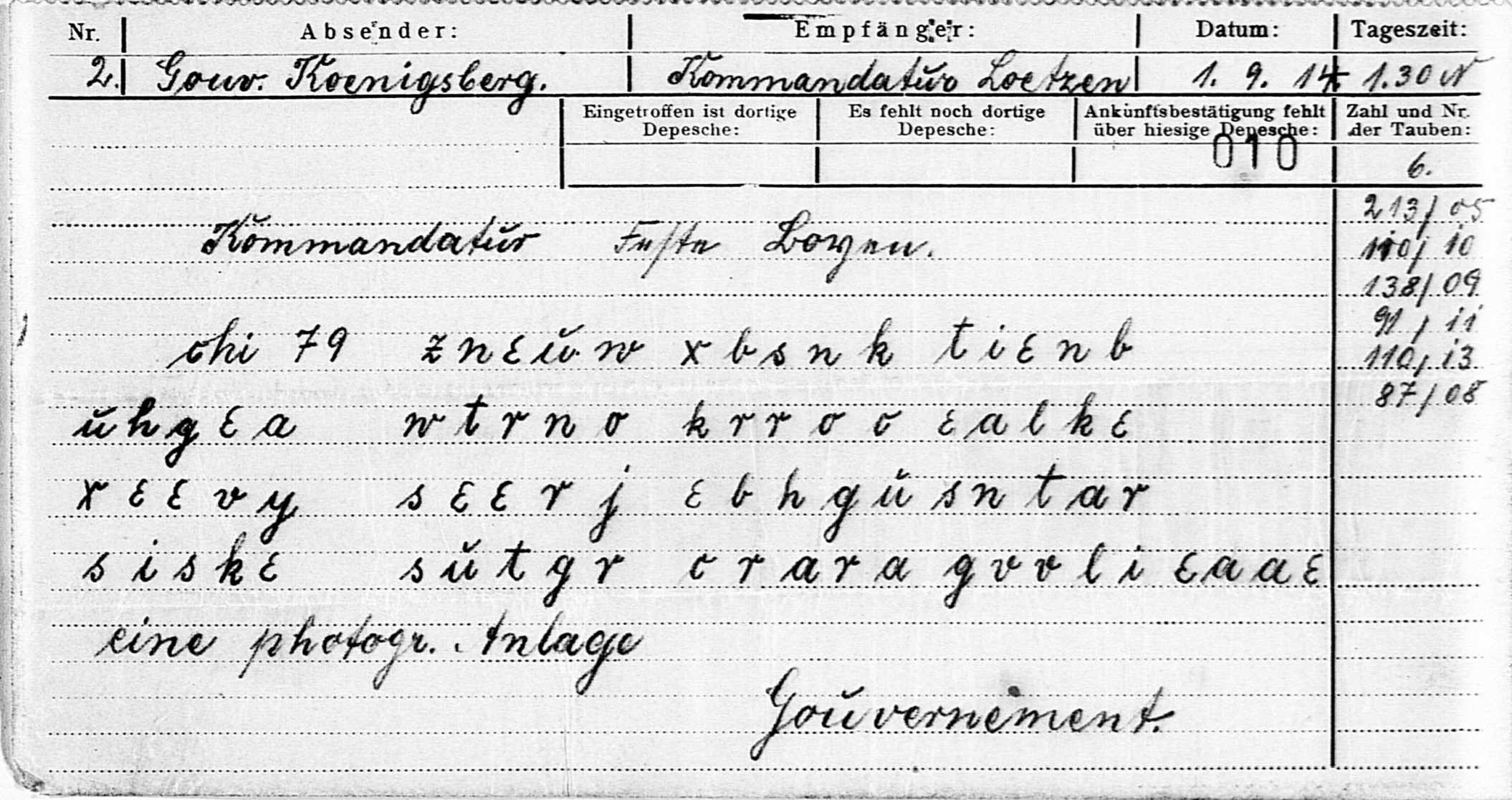 This message consists of 79 letters, which can be recognized by the marking “chi 79” at the beginning. The second message is a bit more extensive: 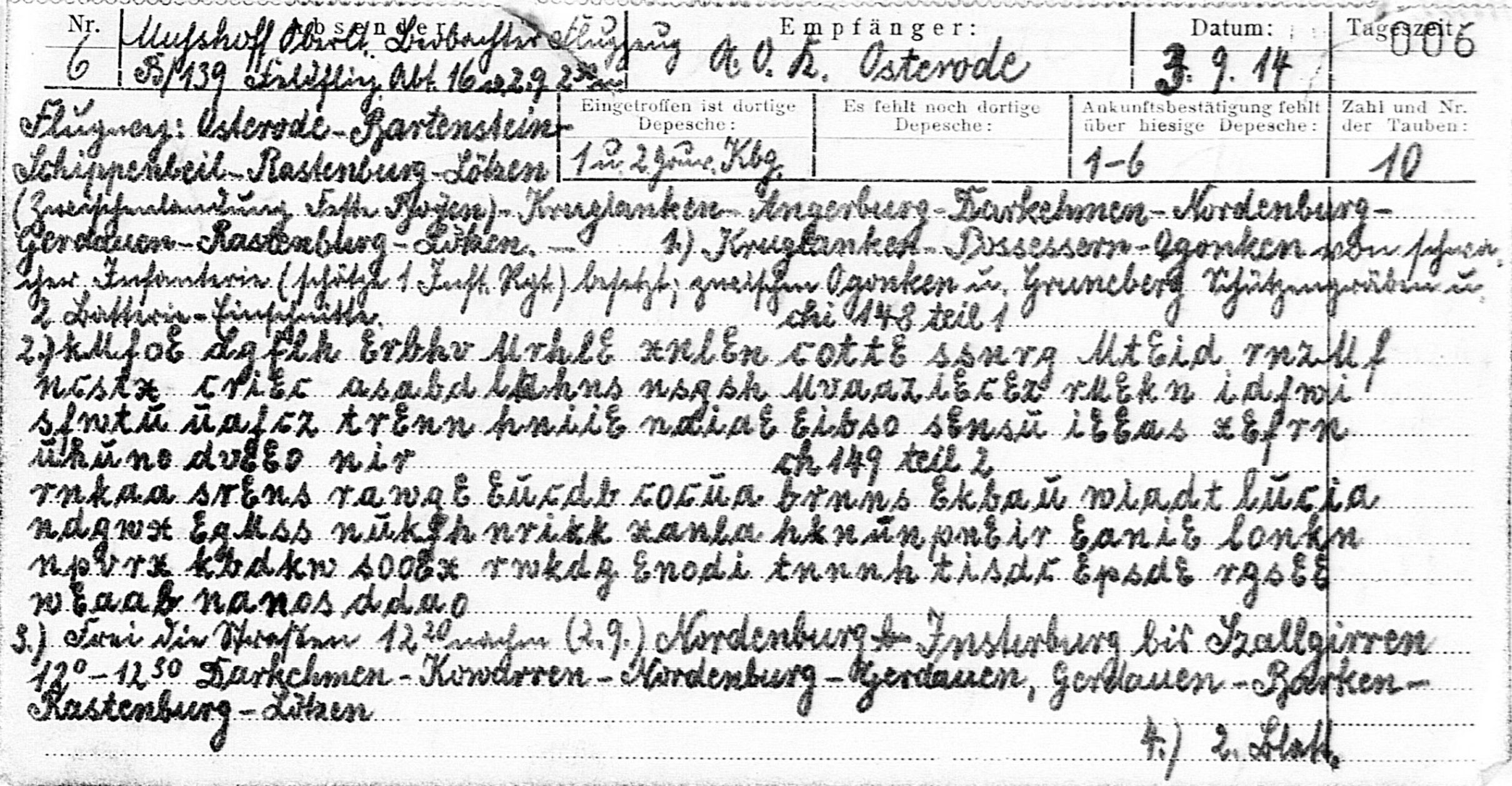 As far as I can see, there are two encrypted parts in this second message, consisting of 148 and 149 letters respectively, while the rest is in plain text.

Presumably, these two messages were also encrypted using the ÜBCHI method. Whether a single or double column transposition was applied, I do not know.

Can a reader decipher these two messages? I also welcome information on the historical background.