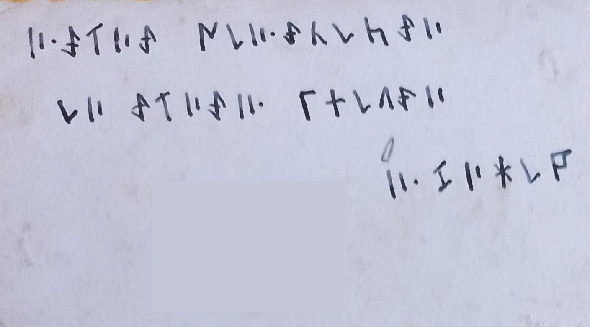 Who will solve these scrambled photo inscriptions from World War II?

A soldier labeled photos in encrypted form during World War II. Can a reader solve these cryptograms?

Unresolved encrypted messages from the World War II era are an exciting topic. I compiled a corresponding list last year, which thanks to my readers is no longer quite up to date, but certainly still of interest.

Yesterday, in the Reddit group “Codes”, the user “Drupal_dom” published some cryptograms from the said period that were previously unknown to me. I would like to present these today, even though a reader of my blog has already solved a large part of the puzzle.

We are talking about six photos owned by Drupal_dom’s family, some of which are dated 1942 and 1943. Drupal_dom has published only the backs of the pictures, on which the encrypted lines can be seen. So this is not about the Enigma or other military cryptology from the Second World War, but about a private encryption. 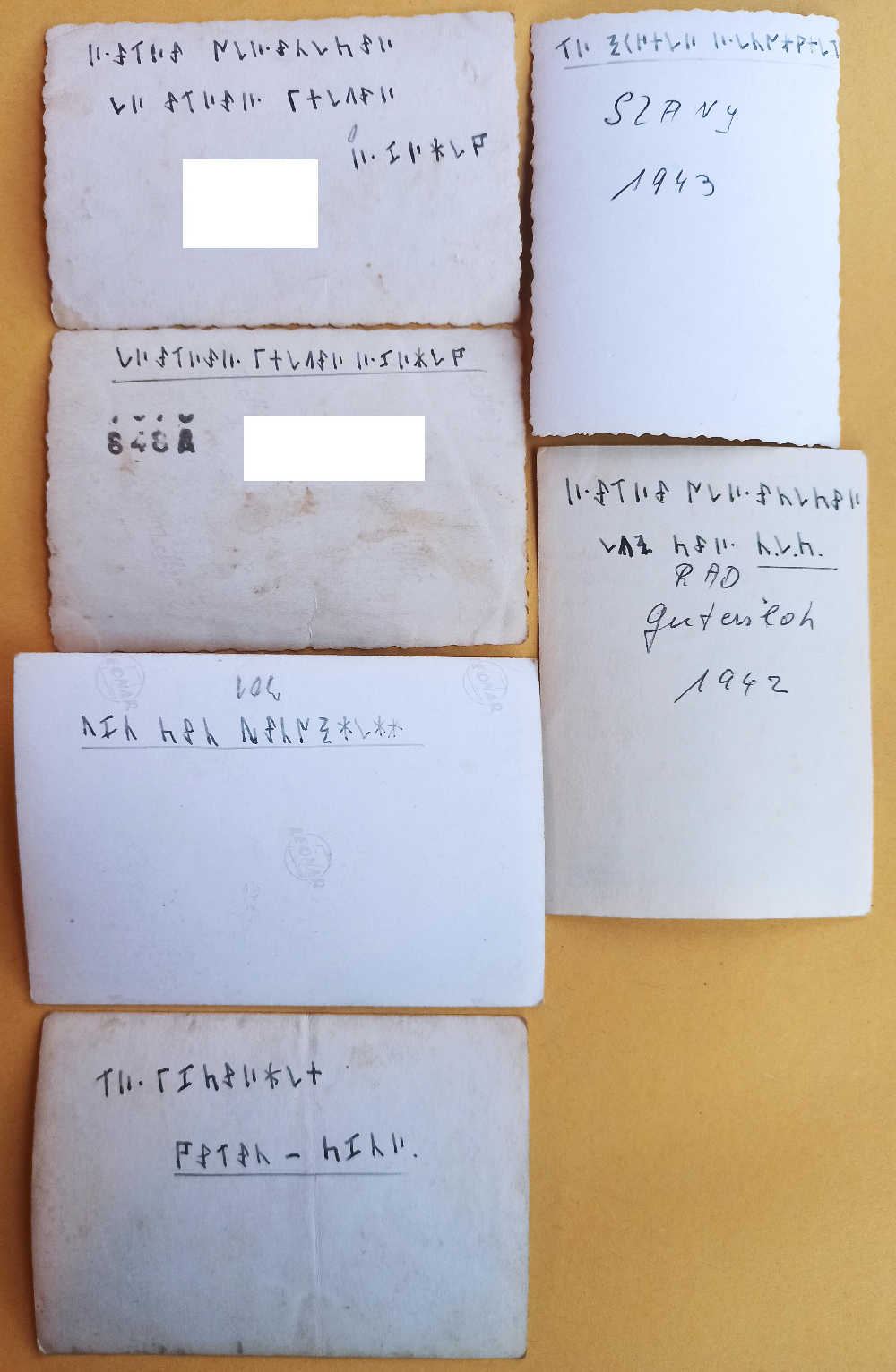 On the photo below right, the plain text initially reads “RAD”. Unfortunately, I do not know what this abbreviation means. Below that, the East Westphalian city of Gütersloh is mentioned. So we are in Germany. At the top right, one reads “Slany”, which refers to a town near Prague. What the other plaintext passages mean (I read “848A” and “loh”) is unknown to me.

I think it’s in German. Top left may read something like MEINE KAMERADEN AN EINEM BLAUEN MONTAG. I don’t speak German so not 100% sure.

YefimShifrin is also a reader of this blog. He has already solved several cryptograms and written numerous comments. I strongly assume that his decipherment of the first cryptogram is correct. The cipher used is a monoalphabetic cipher, like the ones found on many encrypted postcards. Presumably, the author invented this cipher himself. Will a reader find out more? And what is a blue Monday anyway?

Comrades” probably means soldiers in the middle of the war. Probably the author of the inscriptions was a soldier himself and probably he took the photos himself. Another interesting question would be why the unknown person scrambled in the first place. Did he want to hide the captions on his photos from his comrades? Or from family members? Or was the whole thing just a gimmick?

I will gladly accept further information about these cryptograms.