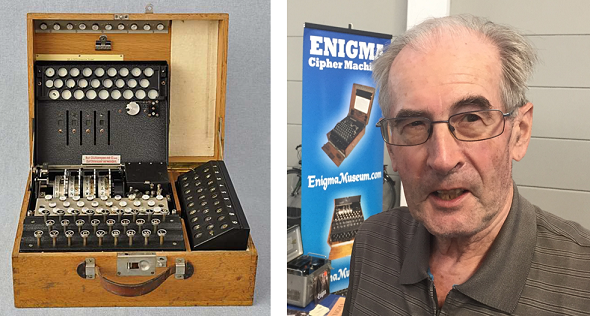 Swiss army veteran, Max Rüegger operated an Enigma in Korea in the the 1960s. Here’s his intriguing report.

Earlier this year, I attended the HAM Radio show in Friedrichshafen, Germany. Like every year, Enigma expert Tom Perera had invited me to join him and a few others at his Enigma booth, which was again a great experience. Cipher machine collectors, like John Alexander, Marc Simons, Paul Reuvers and Klaus Kopacz, presented a number of their devices, while I had a few of my crypto books on display. Hundreds of attendants came to the booth, involving us in many an interesting discussion. Tom Perera has published a detailed report about this year’s HAM Radio on his website. 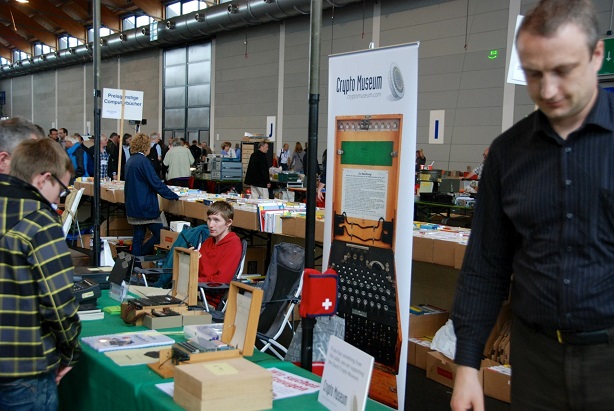 One of the stand visitors was a Swiss army veteran named Max Rüegger. When we started talking, he pointed at an Enigma and said: “I once worked as an operator of such a machine.”

Of course, I wanted to know more about Herr Rüegger’s Enigma experiences. In fact, he told me a fascinating story of how he worked as a radio operator and cipher clerk in Korea in the 1960s. What he said was completely new to me. I had never heard before that the Enigma was used in Korea, let alone 20 years after World War 2. As far as I know, these facts have never been mentioned in the crypto history literature before. 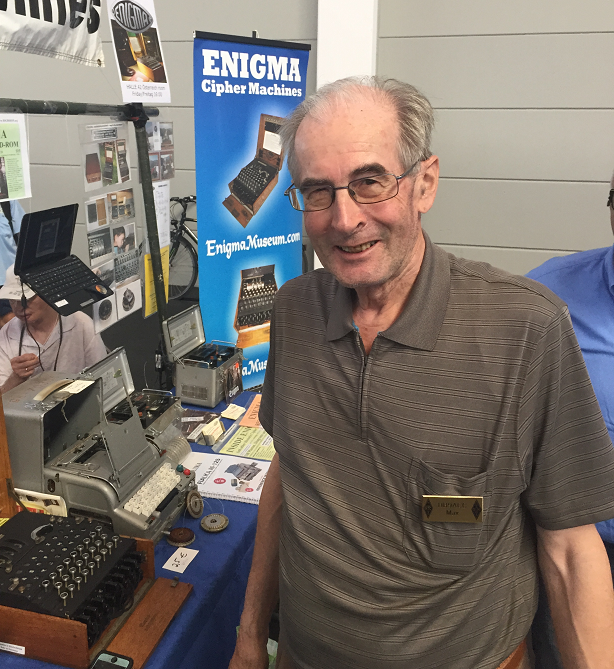 Even better, Herr Rüegger later sent me a detailed report of his Korean Enigma experiences. This 17 pages document (written in German) has never before been published. It is undoubtly a major contribution to Enigma history research.

For those who don’t speak German or who don’t want to read the whole report I’m going to summarize it in the following. The pictures I use are taken from Herr Rüeggers document.

Max Rüegger’s experiences in a nutshell

After the Korean War (1950-1953), an armistice commission with members from Switzerland, Sweden, Poland and Czekoslovakia was stationed at Panmunjeom, a town on the border between the two Koreas. Max Rüegger worked as a radio operator and cipher clerk for the Swiss part of this commission from 1964-1965. The following photograph shows his army base (the borderline can be seen right behind it): 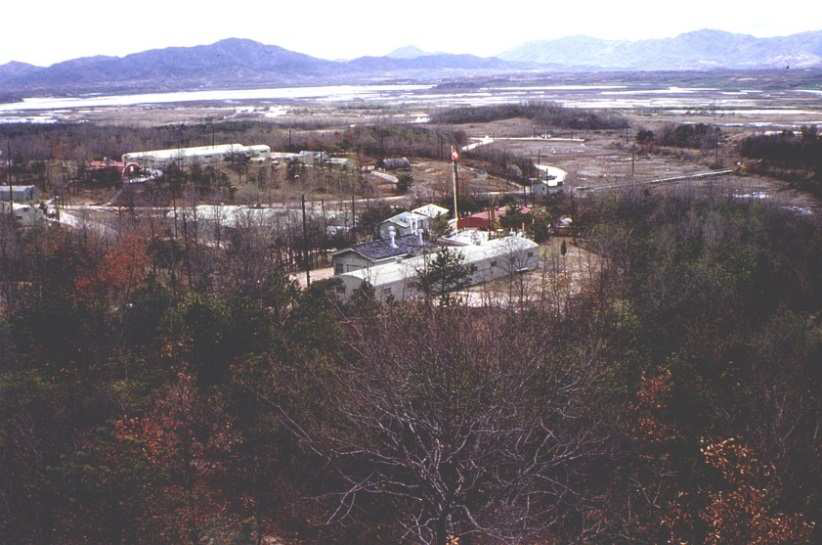 Here’s a closer shot (taken in the Korean winter): 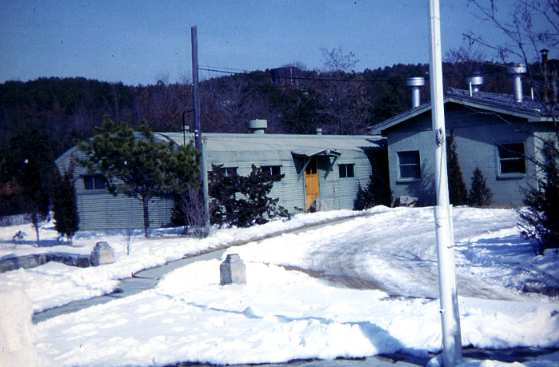 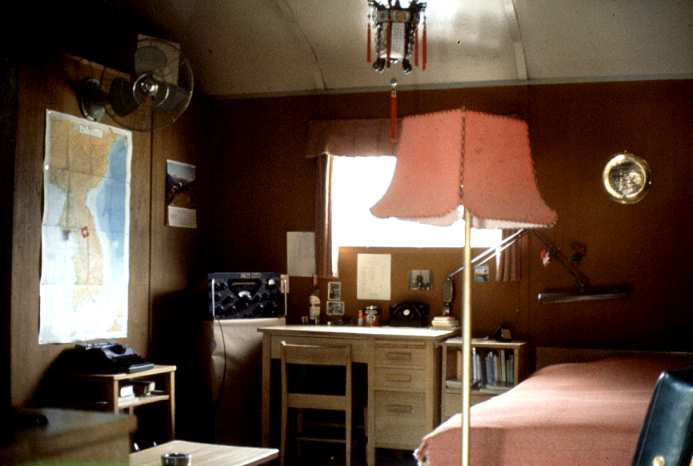 Here’s Max Rüegger at work with his radio equipment (the cipher equipment he used was top secret, no photographs of it are known to exist): 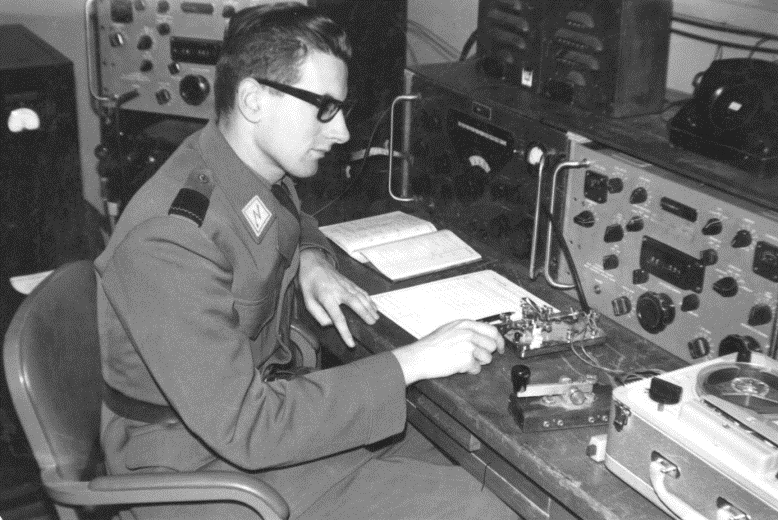 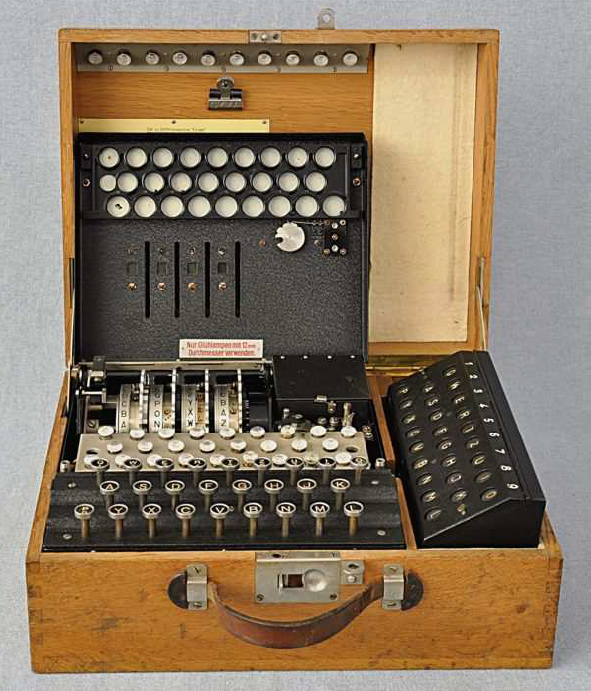 When Max Rüegger served in Korea, the Enigma was long outdated. A Swiss Enigma successor, the Nema, had been in use for almost 20 years: 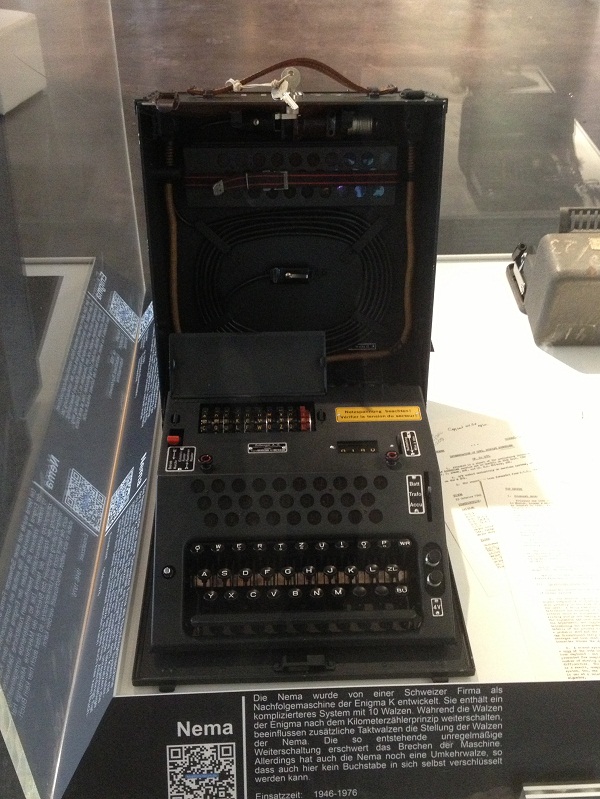 However, the Swiss army renounced the Nema in Korea, probably because they didn’t want to expose their latest cipher technology in an environment they considered insecure.

Thanks very much to Max Rüegger for this great report.
Follow @KlausSchmeh