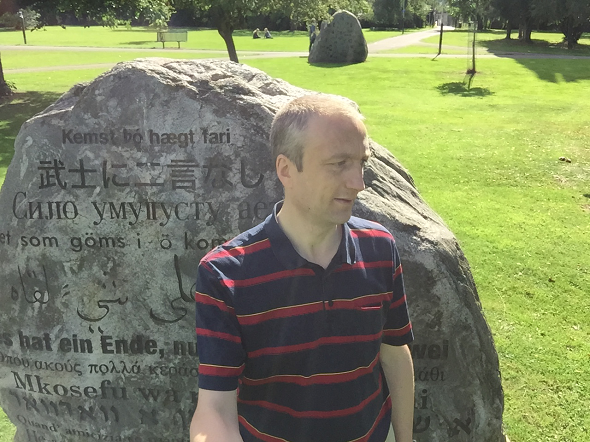 The Cheltenham Listening Stones are a set of nine sculptures located next to the GCHQ headquarters in Cheltenham, UK. Two of the stones bear an encrypted inscription.

The British GCHQ (Government Communications Headquarters) is sometimes referred to as the world’s second most powerful surveillance organization after the NSA. The GCHQ is located in a round building (“donut”) at the outskirts of Cheltenham, UK. When I attended a conference in Birmingham earlier this week, I took the chance to take a side-trip there.

While the NSA building near Washington is surrounded by “photographs prohibited” signs, no such thing can be seen near the GCHQ building. The following is a picture I took at the entrance of it: 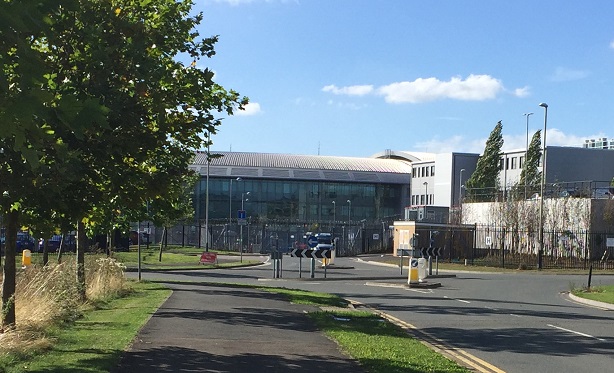 A side exit of the GCHQ building directly leads to the Hester’s Way Park – a beautiful place, especially on a sunny September afternoon. 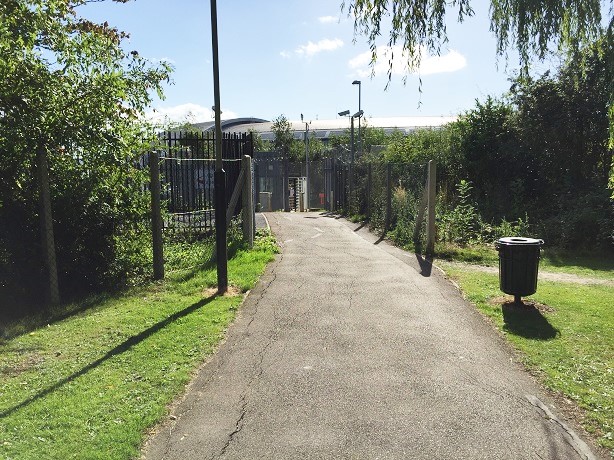 In Hesters Way Park a collection of stone sculptures created by artist Gordon Young was installed in 2005. Each of the sculptures has an inscription consisting of letters, numbers, or symbols, mostly without an obvious meaning.

Last year, I published an article about the Cheltenham Listening Stones illustrated with pictures provided by artist Gordon Young. Now that I have been there myself, I can present a number of photographs of my own creation. Only a stone’s throw from the  GCHQ side exit the following sculpture is located: 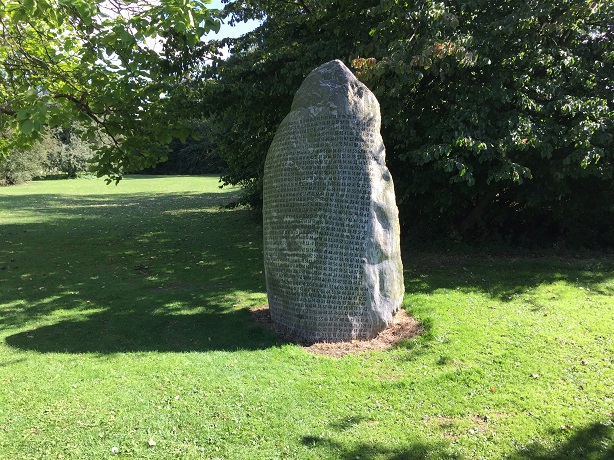 It bears an encrypted inscription: 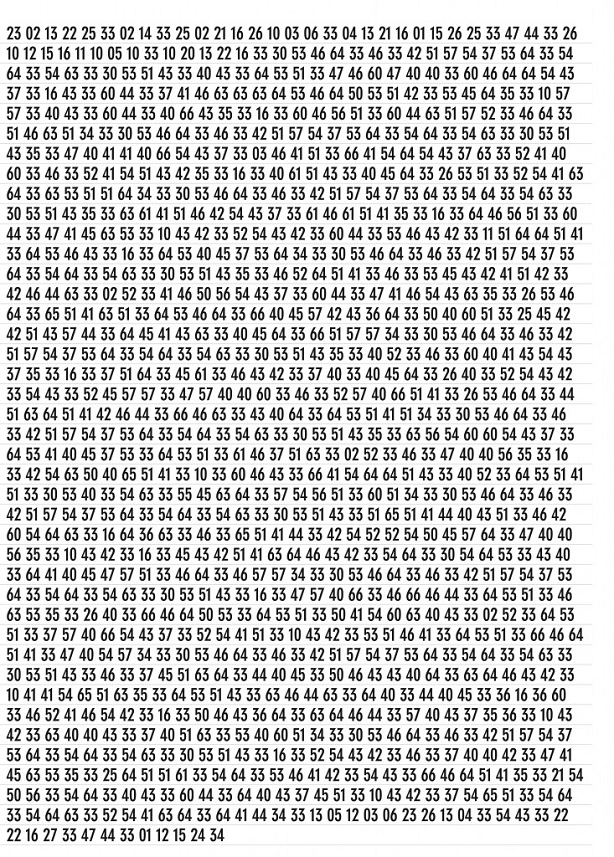 The next sculpture has an encrypted inscription, too: 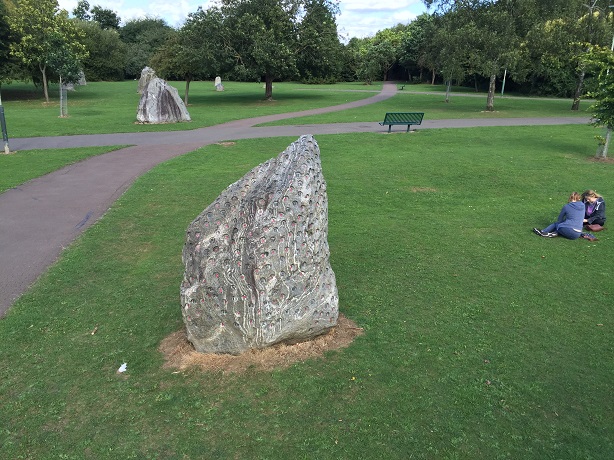 Here’s the proof that I have really been there: 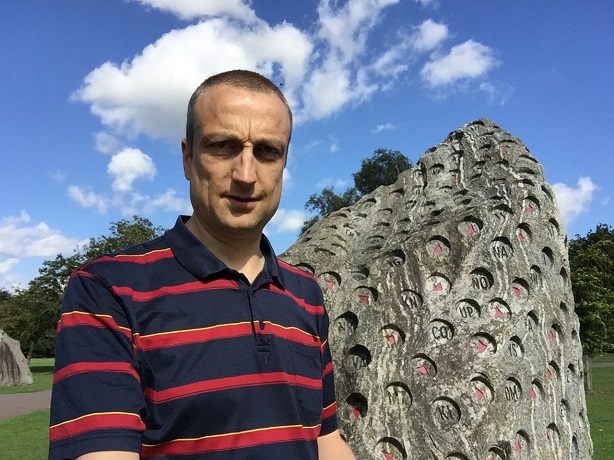 It was solved by blog reader Dan Girard in September 2015. It turned out to be a Playfair encryption with the keyword LECKHAMPTON and the following plaintext:

There seems to be an error in the ciphertext, making the word “was” come out as “oas”.

The remaining seven stones don’t have an encrypted inscription. They look nice anyway. This is stone number 3: 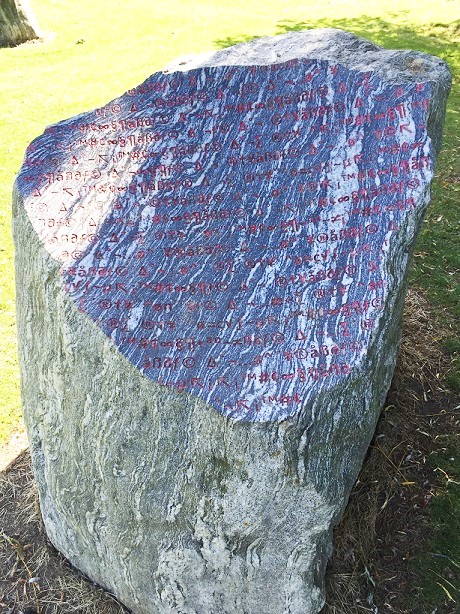 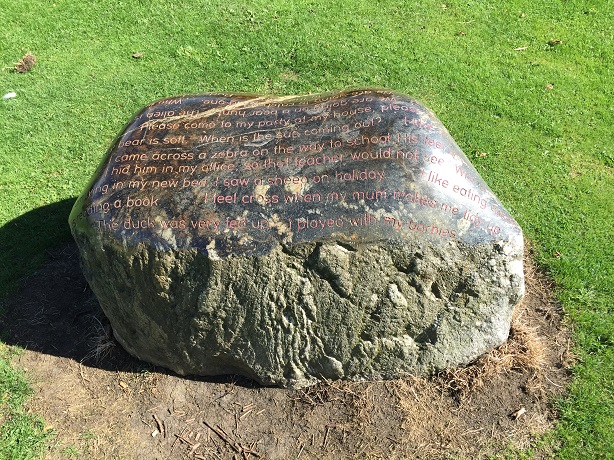 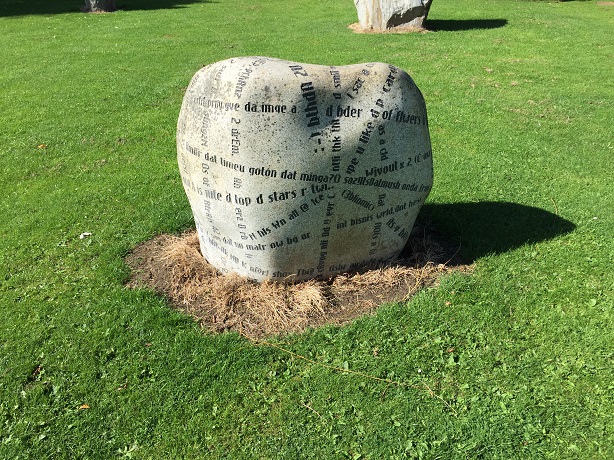 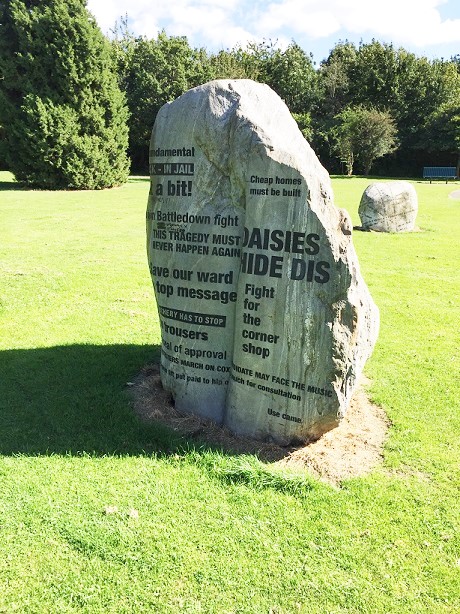 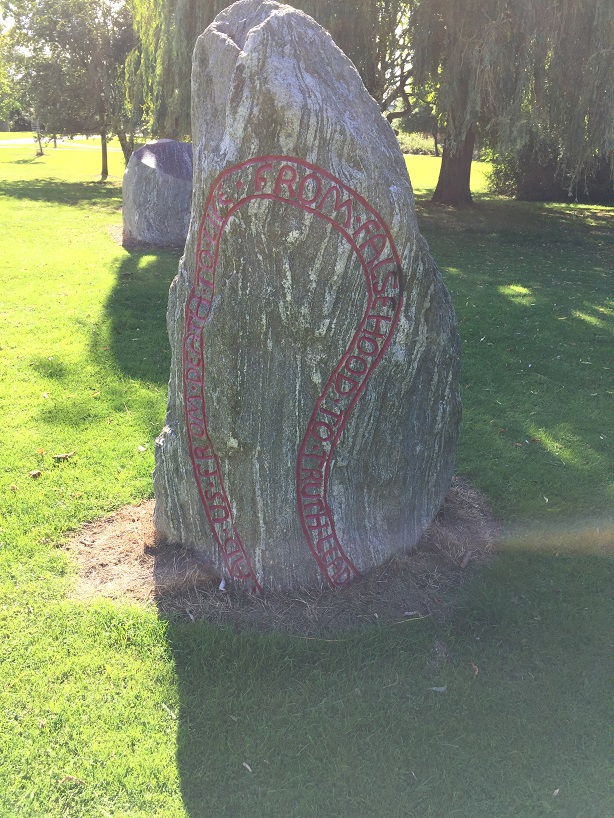 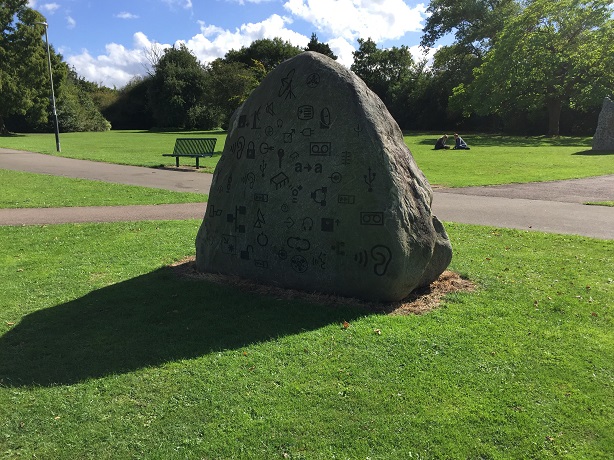 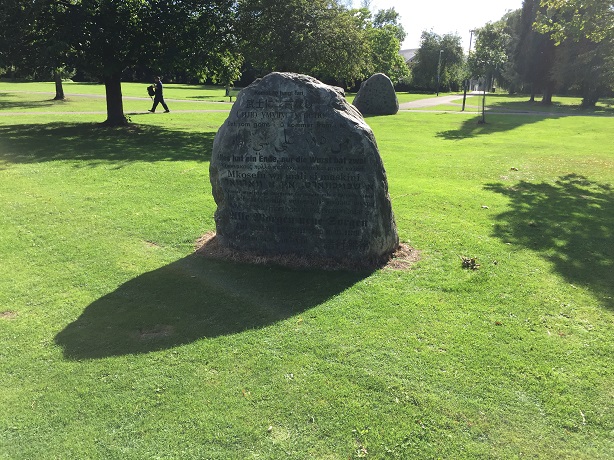 And here’s a plate giving some information about the collection: 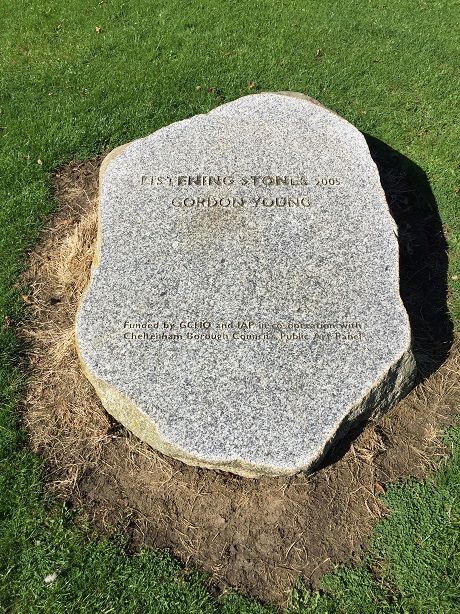 All in all, I enjoyed my trip to the Cheltenham Listening Stones very much. I can only recommend going there. If you want to see more, here’s a short video:

Further reading: Who can break these three encrypted postcards?