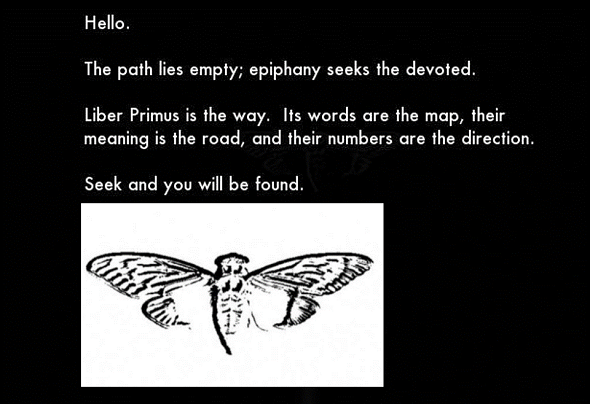 Cicada 3301 is an internet game operated by a secret organisation since 2012. A new round always starts on January 4 of a year. Will round number six be launched tomorrow?

On January 4, 2012, an unknown user posted a steganographic puzzle on the internet portal 4Chan. The solution of this puzzle led to a new one, the solution of which led to another one, and so on. The chain of puzzles involved websites, telephone connections and real places. The puzzles focused heavily on data security, cryptography, and steganography. The puzzles along with potential solutions were discussed on various internet forums. The most important international Cicada 3301 site is the Uncovering Cicada Wiki. The comment section of my German Cicada 3301 blog article became the most popular German discussion forum with now more than 250 entries. 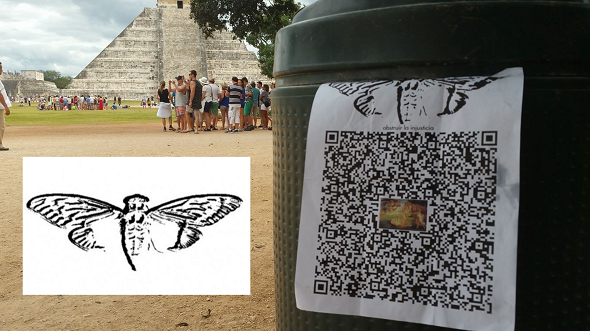 Will round six start tomorrrow?

After about four weeks no new solutions or puzzles were reported any more. However, on January 4, 2013, exactly one year after the start of Cicada 3301, a second round of the game began with a new puzzle. A digital signature that could be verified with a public key posted with the first puzzle indicated that the new puzzle was genuine. Again, the unknown organiser published a long chain of puzzles that ended after a few weeks without anything else happening.

A third round started following a fresh signed clue posted on Twitter on January 4, 2014. Again, a large community of people worked on the Cicada 3301 puzzles for a few weeks until no further solution or puzzle was found.

Round number four of Cicada 3301 was expected to start on January 4, 2015. However, no new puzzle was dicovered. It is still unknown to date, whether the secret organisers didn’t publish a new clue or whether they took a break.

A new Cicada 3301 puzzle was posted on Twitter on January 5, 2016, which started round number five.

Now that the year 2017 has started, the question is: Will Cicada 3301 continue tomorrow?

Who are the people behind Cicada 3301?

Although Cicada 3301 has now been around for five years, it is still completely unclear who the organiser of this strange game is. Neither do we know the purpose of Cicada 3301. Several explanations have been discussed:

In any case the organiser(s) of Cicada 3301 must have some affinity to cryptography and steganography, as most of the puzzles involve encryption or data hiding. Maybe we will learn more in the next round of the game – if there is one at all.