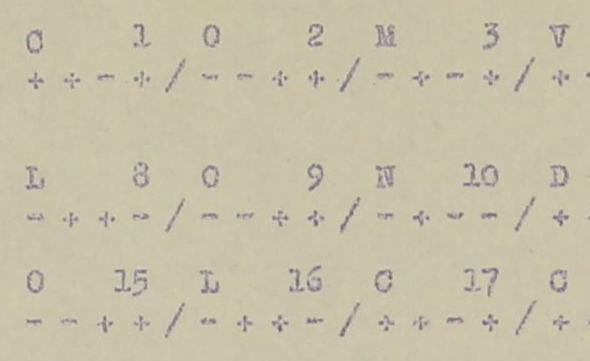 A German spy captured in the UK in World War II used a cipher that would hide a message in a love letter. Did this method work well in practice?

While it is well known that all major parties involved in World War II used cipher machines, the spy ciphers of WW2 have never been systematically researched. As espionage played a major role in WW2, many different spy ciphers were in use. About 30 of them are known to me from different sources. I am always looking for additional ones. One of my plans is to give a presentation about spy ciphers in WW2 at a conference this year.

Hiding a message in a lover letter

A little known German steganographic spy cipher from WW2 is described in a document I found in the British National Archives (KV-2-2424). This document was created by British secret service officers, who learned about the cipher from a German agent captured in the UK. The complete document is available here. The method uses the following substitution table: 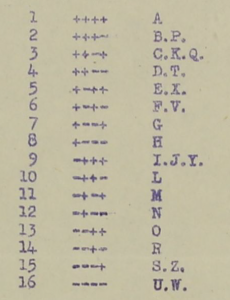 As some letters are given the same equivalent, 16 code groups are sufficient to code the whole alphabet. According to the description, the German agent used this code for the following message (it contains a number of spelling errors):

Before encoding the agent would reduce the message to the following abbreviations (the CC indicates that the following characters are to be read as numbers):

This is what he got after encoding with the afore-mentioned table: 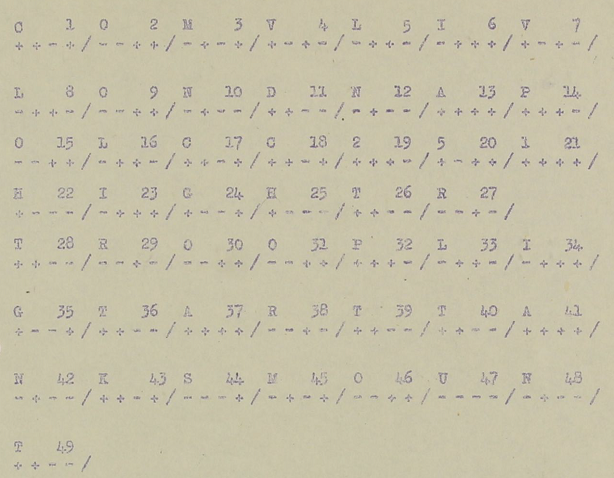 The actual purpose of the cipher was to hide the message in an unsuspicious text. The German agent used a love letter written in Spanish (as it seems, this message was to be mailed to a cover address of the German secret service in neutral Spain). A + stands for two blanks, a – for one blank. Here’s the result:

According to the description, this method was not suited for type-written documents, as the differences in the gaps between the words would be too conspicious.

While the hidden text is hard to detect if used properly, it is clear that this cipher is not suited for longer messages. On the other hand, it is generally difficult to develop a steganographic system that can be used to hide a long text in a letter. Sympathtic ink usually worked best for this purpose. I don’t know, why this technique wasn’t used in this case.

Unfortunately, as good as nothing is known about the German secret service officers who created ciphers like these. They had a difficult job, as spy ciphers had to be simple, secure and unsuspicious. Even with today’s knowledge it is hard to think of a method that would have worked well for spies in WW2. Today, in the age of the internet, it is a lot easier.
Follow @KlausSchmeh
Linkedin: https://www.linkedin.com/groups/13501820
Facebook: https://www.facebook.com/groups/763282653806483/