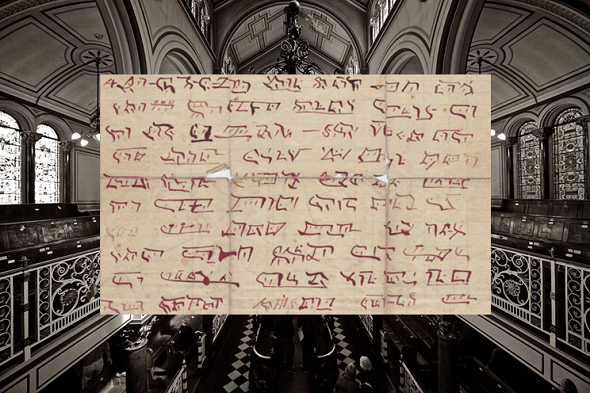 A letter sent by some Oscar P. Schaub in the 1920s looks like it has been written in Hebrew or a similar script. However, even Hebrew experts can’t read it. Is it encrypted in a clever cipher?

This blog is about encryption and codebreaking. Unknown scripts and exotic languages are usually out of scope. However, the difference between secret and non-secret writing is not always easy to tell. For example, the Kassel Magic Manuscript has the appearance of an Arabic document. However analysis conducted by Birgit Pfeil and Sabina Lüdemann showed that it is a purely European creation written in an invented writing system.

A letter from North Carolina

A document from the 1920s that was recently introduced on the blog Language Log might represent a similar case (thanks to blog reader Thomas Bosbach for the hint). This document is a letter consisting of two pages written on the letter paper of a hotel named Dean located in Winston Salem, North Carolina. It was written by some Oscar P. Schaub. Here is the first page: 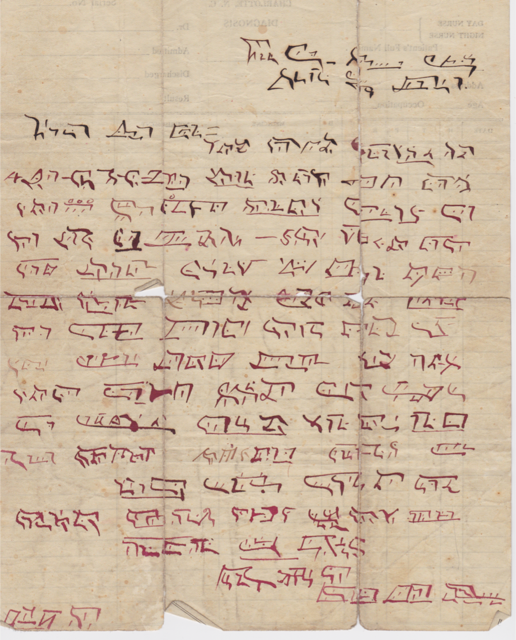 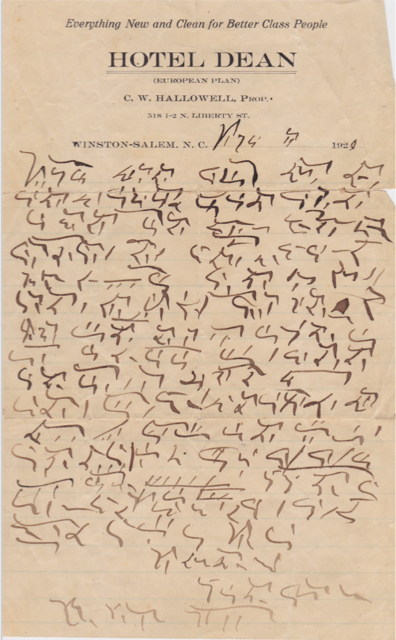 To me the letter looks like it has been written in Hebrew or some other Middle East language. However, this seems not to be the case. The letter was provided to the Language Log by Michael Carasik on behalf of the National Association of Professors of Hebrew (NAPH). I am pretty sure that the members of this organisation could read this note if it were written in an ordinary writing system.

Is the letter encrypted?

So, what’s behind this message? Meanwhile 52 comments have been published in the discussion forum of the Language Log article. Some believe that the two pages were written in differents scripts. The text might have been written from left to right, which would be very unusual for a Hebrew or similar writing system. Some commenters think that the script is some kind of short hand. It is pretty obvious that the author was well-practiced in using it.

Of course, there is also the possibility that this text is written in a secret script (otherwise I wouldn’t have blogged about it). Indeed, some of the letters resemble pigpen cipher symbols. On the other hand, this writing doesn’t look like a typical secret script. The boundaries of many letters are hard to detect, which requires that both the sender and the receiver know the script quite well and are experienced in using it. This is the case for standard alphabets but not for most secret writing systems.

My guess is that Mr. Schaub used a shorthand system. If a reader has a different opinion or if somebody can decipher this letter, please let me know.
Follow @KlausSchmeh