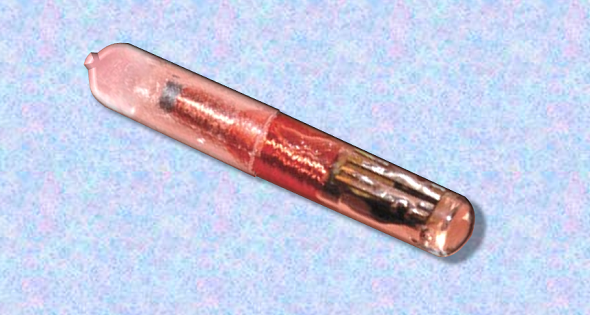 Chip implants for humans have been around for over a decade. They have triggered many a discussion but are very rarely used. Now a US company has announced to implant microchips in its employees.

Chip implants are not necessarily a very wide-spread technology, but they are a nice topic to write or talk about. In the last few years I have published several articles about chip implants and given a number of presentations – all of them were well received and led to intensive discussions.

Many discussions but no market success

Technically speaking a chip implant is a smart card form factor. Just like an ordinary (contactless) smart card, a chip implanted with a human body can be used for payment, withdrawing money at an ATM, identifying oneself at the border or unlocking a door. Typically, a chip implant is placed in the shoulder or in the hand of a person. It is about one centimeter long and cannot be seen after it has been implanted.

Chip implants hit the media around 2004 when a company named VeriChip (later to be renamed to PositiveID) introduced a chip implant product of the same name. The technology behind this product was far from new, as it had been in use for animals (especially dogs) for many years. The only new thing about the VeriChip was that humans instead of animals were chipped. 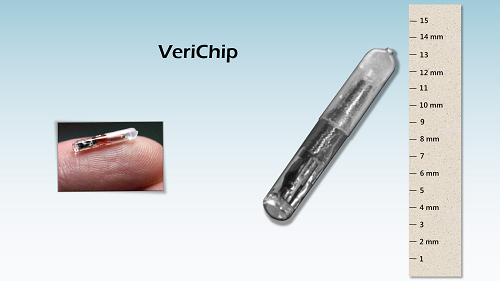 The VeriChip is a very simple product. All it does is send a unique identification number that can be received up to a distance of about one meter. The VeriChip doesn’t support encryption nor any other advanced security measure. It is pretty easy to emulate a VeriChip signal (including the respective identification number) with a smartphone or a laptop. Using a chip of this kind for physical access control, computer login or payment only makes sense if the chipped person is supervised while using it – and even then it is not very secure.

After the VeriChip had been introduced, a few customers showed interest – e.g., the Mexican government and a nightclub on Mallorca – and started pilot projects. However, interest in using the VeriChip was modest, to say the least. In addition, there was severe criticism of this technology. Some medicists feared that chip implants might cause health problems, while data privacy activists were afraid that the VeriChip would be used for totally controlling chipped persons.

In 2010 PositiveID stopped marketing the VeriChip. Since then, no official VeriChip website is in existence any more. It tried to contact PositiveID several times to get more information about their technology, but to no avail. As it seemed, the VeriChip was dead. To my knowledge no other chip implant product has ever been launched.

The comeback of chip implants

Last year I was surprised to hear that a Swedish office building had started using chip implants for access control. In the news reports I read about this project no product or producer was mentioned. However, from the descriptions given in these articles it was clear that the VeriChip was used. Apparently, this product was celebrating its comeback.

Yesterday several news portals reported about a company in Wisconsin that has become the first in the US to roll out chip implants for its employees. It is expected that over 50 of its staff members will be voluntarily chipped. Again, the chip product and its producer were not mentioned, but it’s pretty clear that the VeriChip is used. This means that PositiveID still sells the VeriChip but does not talk about it. After the considerable criticism this technology has received, the PositiveID management seems to prefer to stay silent.

Are chip implants becoming a new trend? Not yet. The Swedish office building and the Wisconsin company are the only two users of chip implants I have heard about in the last ten years. Still, chip implants are far from being an important technology. But it’s always interesting to write and talk about them.
Follow @KlausSchmeh
Further reading: Interview with Bart Wessel: The traffic analysis methods developed in WW2 are still valid today
Linkedin: https://www.linkedin.com/groups/13501820
Facebook: https://www.facebook.com/groups/763282653806483/