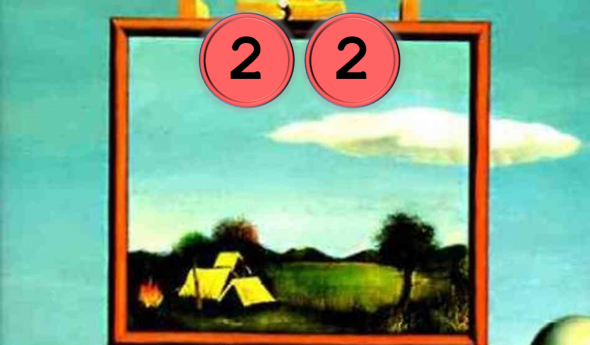 The best-selling novel “The Gold Bug Variations” from 1991 contains an encrypted dedication. It has never been deciphered.

The Gold Bug Variations, a novel written by Richard Powers (born 1957), was chosen book of the year 1991 by the Time Magazine. 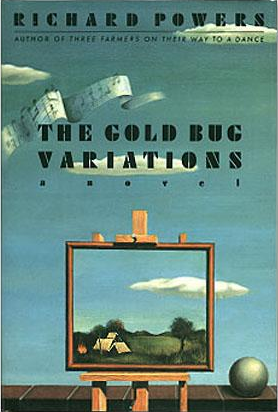 For me, the most interesting part of this novel is not the plot, but the encrypted dedication that can be found on one of the first pages (thanks to blog reader Kent Ramliden for the hint). This dedication reads as follows:

The cryptogram consists of 32 letter triplets. In some cases a question mark replaces the middle letter. Among the starting and middle letters the J seems to be especially frequent. The cryptogram looks a little bit like a genetic sequence – a topic that plays a role in the novel. However, I don’t see a real connection.

To my knowledge, this cryptogram is unsolved to date. More information can be found in an article written by J. T. Thomas from the University of South Carolina. In the standard crypto history literature the Powers cryptogram is not mentioned.

Two years ago I wrote a (German) blog post about the Powers cryptogram. I received a number of interesting comments, but no solution. Blog reader Stefan Wagner posted an interesting hypothesis: the letter triplets might be the initials of person names. E.g., RLS might stand for Richard Lee Smith. This hypothesis explains why some of the middle letters are missing (and replaced by a question mark) – it’s because the respective person doesn’t have a middle name or the middle name was not known to Powers. It also explains why so many Js appear in the first and second position – many popular first names start with a J, e.g., John, Jack, and James. However, if this hypothesis is correct, the cryptogram cannot be solved unambiguously without further information.

Why should Powers have put 32 coded names at the beginning of his book? Maybe, it’s an acknowledgement list. The second last triplet might stand for Johann Sebastian Bach – maybe, Bach is one of the persons who influenced Powers in the writing of this novel.

Does the initials hypothesis make sense?  Or is there another explanation? If yes, I would be interested to learn.
Follow @KlausSchmeh