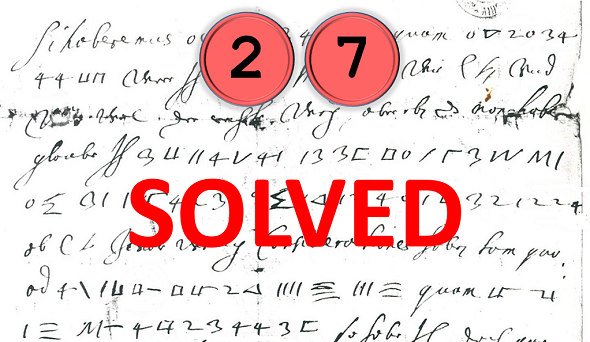 Apparently, the cipher used here was named “Zifra Piccolominea”. Ernst wrote: “The name of the cipher implies that it was also used in correspondence with Piccolomini. My assumption that it was constructed around the Imperial motto AEIOU was correct.”

Next, Ernst guessed the missing word in “fuit 43 04 34 41 24 00 ruina” as NOSTRA. The cipher almost solved now. The remaining letters could be derived easily. Here’s the substitution table:

In one of his comments Ernst wrote: “Terminology-wise, the ‘Zifra Piccolominea’ constitutes neither a code, nor does it contain a nomenclator. It is but a cipher, plain and simple. I am guessing that double consonants were to be enciphered as singles. However, if you follow the letter from 1640, you will notice Ferdinand’s increased laziness in that matter.”

Here’s the cleartext of the first part of the letter shown above, according to Ernst’s decryption:

An ingenious act of codebreaking

It goes without saying that I am absolutely impressed by Thomas Ernst’s codebreaking work. This is one of the greatest achievements in historical codebreaking I have ever reported on. I am extremely proud, that my blog served as a platform for achieving this success.

Prof. Leopold Auer from Vienna was impressed, too. He wrote: “A very fascinating achievement, which is, of course, of great importance for the history of Ferdinand III” Other readers of my blog posted similar comments. 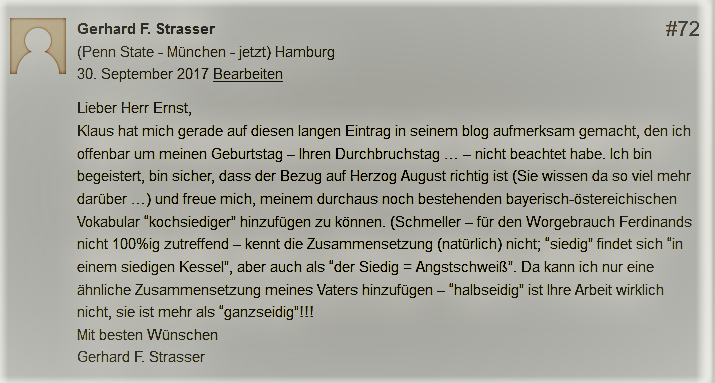 Thomas Ernst is now planning a publication, in which Ferdinand III’s letters are presented in the clear and the background is explained. Many others letters written in the same cipher by Ferdinand III, his brother Leopold or the Piccolomini family are known to exist. I am sure, it’s going to be a highly interesting publication.
Follow @KlausSchmeh