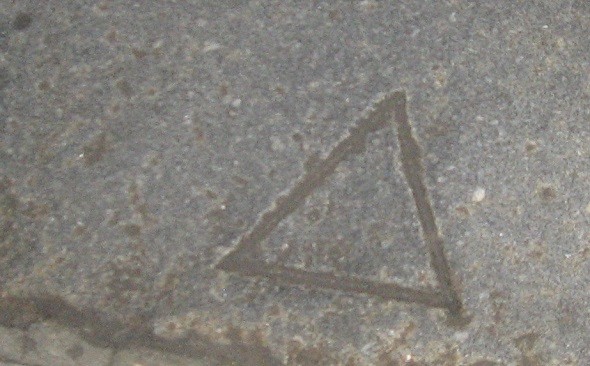 In various parts of London and in many other English cities kerbstones bear enigmatic markings. This kerbstone code has yet to be deciphered.

London is a great place to visit for everybody interested in crypto history. Not only are there several London-based museums exhibiting crypto items, but also a number of archives and libraries have interesting material. And, of course, nearby Bletchley Park is a must-see for every crypto history enthusiast. It therefore comes as no surprise that my cryptologic travel guide (co-created by Christian Baumann) lists over a dozen places worth seeing in London. 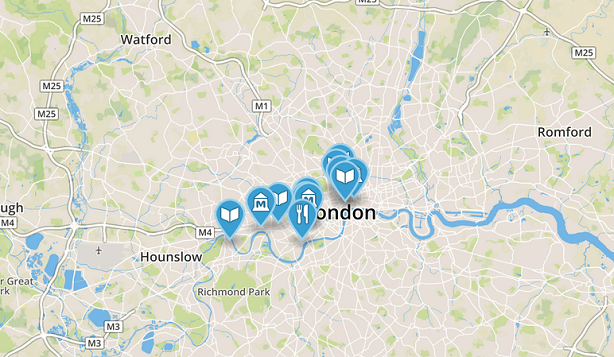 Although I have been in London many times to visit all these interesting places, there seems to be one thing I have missed so far: the kerbstone code. Thanks to George Keller for informing me about this mystery. 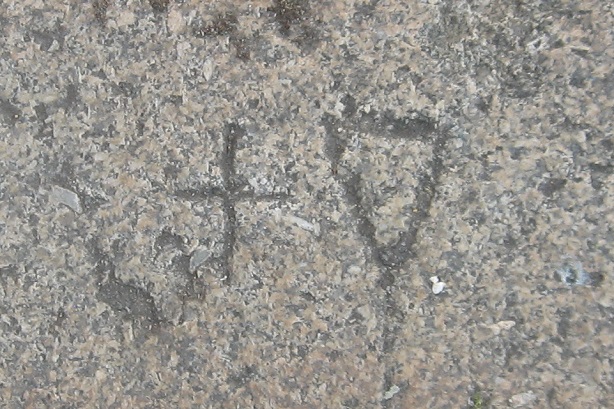 Kerbstone marks, usually consisting of simple geomatric shapes, can be seen in various parts of London and in many other towns and cities in England. Though there are quite a few websites about this phenomenon, introducing many hypotheses about the origin and the meaning of this code, no generally accepted explanation exists.

Apparently, the marked kerbstones stem from the Victorian era. Some of the marks seem to have been carved in the kerb after laying. It is hard to examine if the code had some geographical meaning (e.g., indicating the location of something), as many Victorian kerbstones are not located at their original positions any more (when a street was reconstructed, the kerbstones were often reused at a different place). 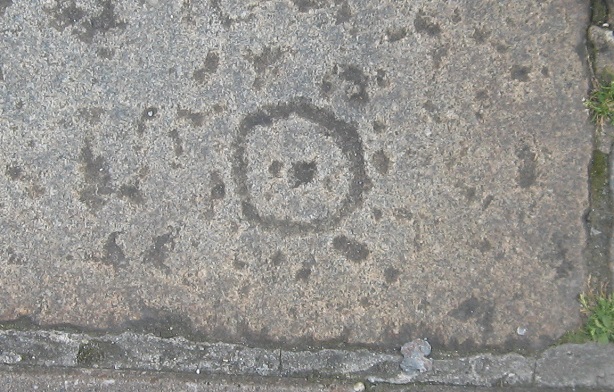 Here are a few potential explanations of the code that have been put forward:

It is well possible that the real explanation of the kerbstone code is a combination of several of these theories. 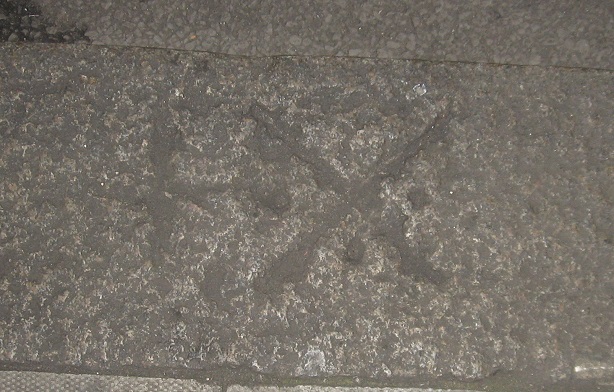 If you want to know more about the kerbstone code, check one of the websites about this topic. The most comprehensive one is titled Cracking Britain’s Kerbstone Symbol Code. It was made by Scottish historian, author and documentary filmmaker Ashley Cowie.

According to Cowie’s site, a US artist named Lauren Drescher has written a research paper about the kerbstone symbols. I can’t find this paper anywhere, maybe a reader can help. Apart from this, I am not aware of a scientific publication about this code. It is not mentioned in the crypto history literature I know (maybe because the code is not cryptologic in the narrow sense).

If you know more about this kerbstone code, please let me know.
Follow @KlausSchmeh