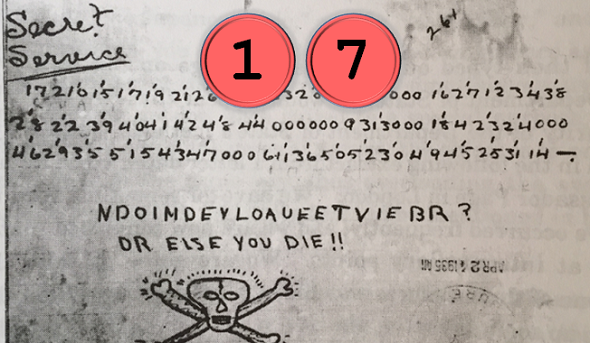 In 1935 US president Franklin D. Roosevelt received an encrypted letter from an anonymous person. The solution of the main part is not known.

In 1935 an unknown person sent the following letter to US president Franklin D. Roosevelt: 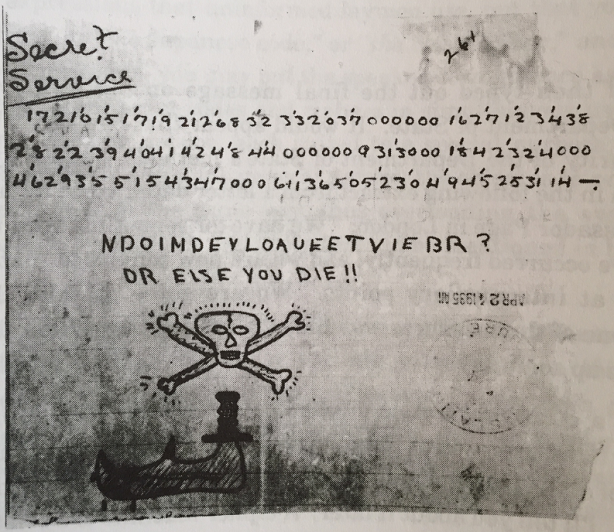 A strange kind of marketing?

This letter is depicted in the book The Friedman Legacy: A Tribute to William and Elizebeth Friedman. This book mentions the solution of the second part of the cryptogram:

NDOIMDEYLOAUEETVIEBR?
OR ELSE YOU DIE!!

If we only read every second letter of the first line we get: DID YOU EVER BITE A LEMON?

Blog reader Rich SantaColoma posted an interesting explanation for this message. It may have referred to the fact that Roosevelt suffered from poliomyelitis (or a similar disease that could not be distinguished from it at that time). According to a theory that has meanwhile been debunked, lemon juice can cure poliomyelitis. Sending the message DID YOU EVER BITE A LEMON? OR ELSE YOU DIE!! to the president in an easy-to-decipher code might therefore have been an unusual attempt to make this treatment more popular. 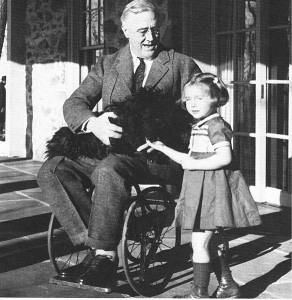 The first part is still unsolved

Now, the question is what the first part of the cryptogram means.

I blogged about this mystery for the first time two years ago (in German), but no reader could solve it. At least, blog reader Marc Gutgesell made some interesting observations:

I’m absolutely clueless what kind of encryption this could be. Does a reader know more?
Follow @KlausSchmeh