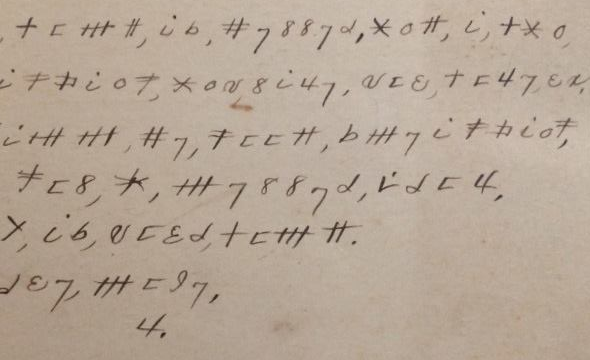 In the last decade of the 19th century, an unknown person sent three encrypted messages from a place named Bristol. Can a reader decipher these messages?

When recently searching for encrypted messages on Google, I came across the Imgur site of a user named SPIKER1986.

On his site, SPIKER1986 shows three encrypted sheets (probably postcards). He doesn’t give any further information about these messages. Especially, he doesn’t tell whether he knows the cleartext. Perhaps, he hopes that a reader of his site finds the solution and posts it. However, there is not a single comment on this page so far.

It goes without saying that these three messages are exactly of the kind I love to publish on my blog. Here’s the first one: 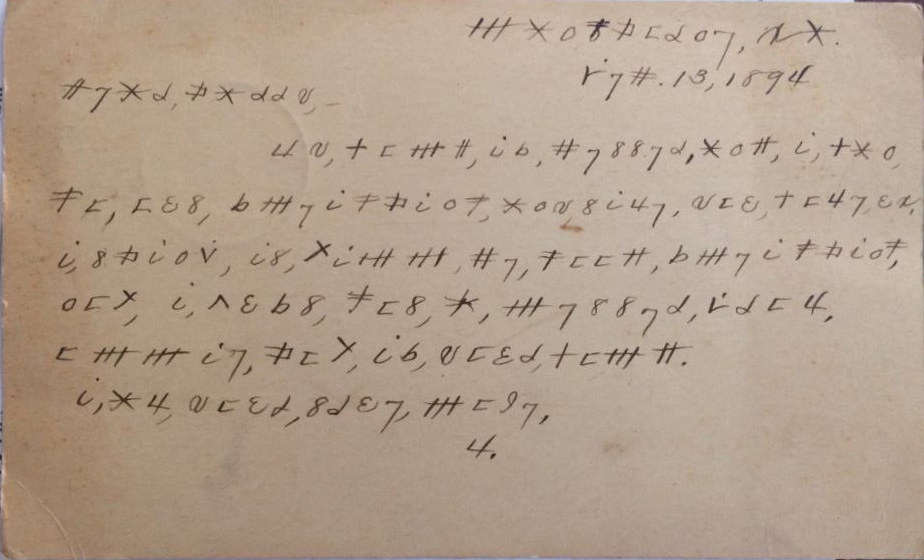 As can be seen, the message was sent in 1894, on the 13th of a month. The second sheet tells us a little more: 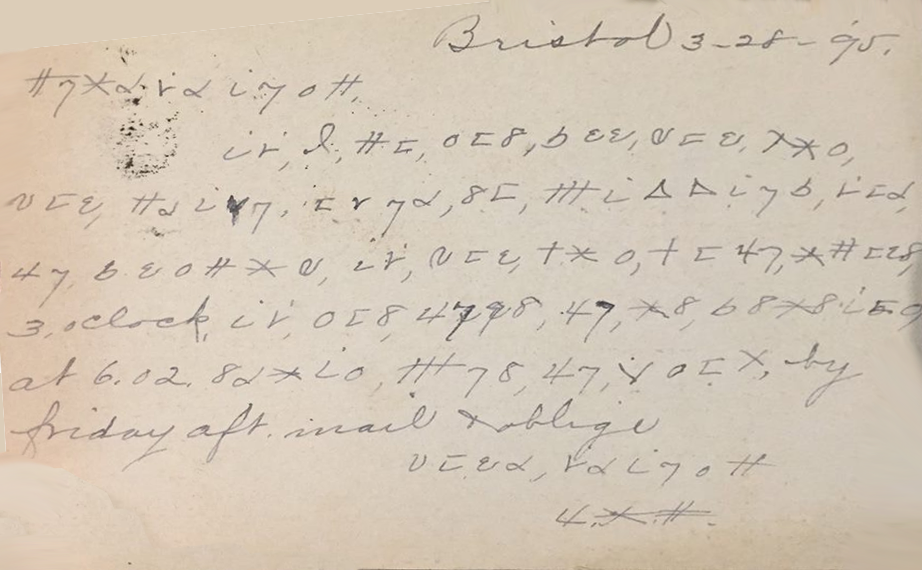 Apparently, this message was sent on March 28th, 1895 from Bristol. Does this refer to the city of Bristol in England? It probably does, but there are also over a dozen places named Bristol in the USA and Canada (on the other hand, a person from there probably would have written something like “Bristol, NH”).

Note that in the last two lines of the main text we can read a few cleartext words: “at 6.02.82” and “by friday aft. mail noblige”. 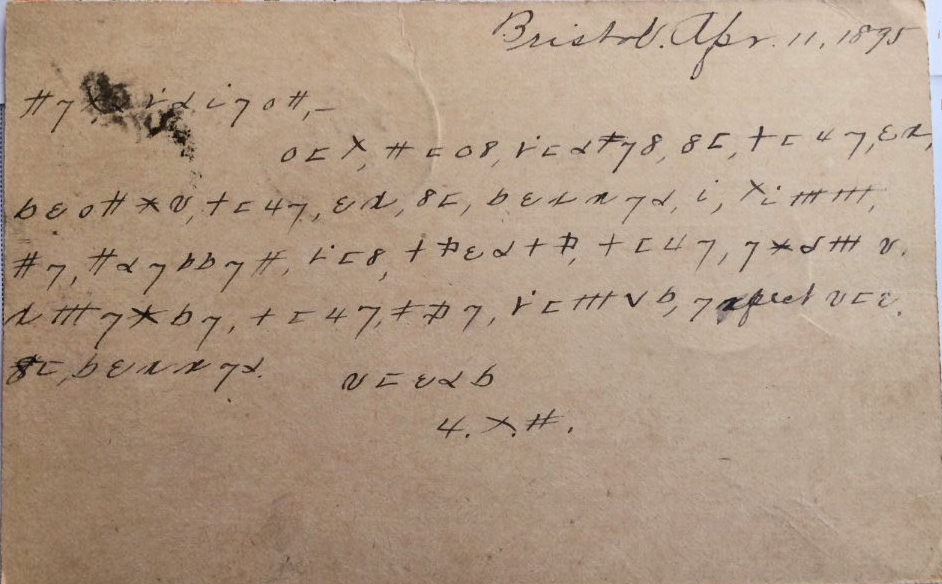 The encryption system used by the sender is probably a substitution cipher (MASC). I’m quite sure that these messages can be broken. Does a reader find the solution?
Follow @KlausSchmeh