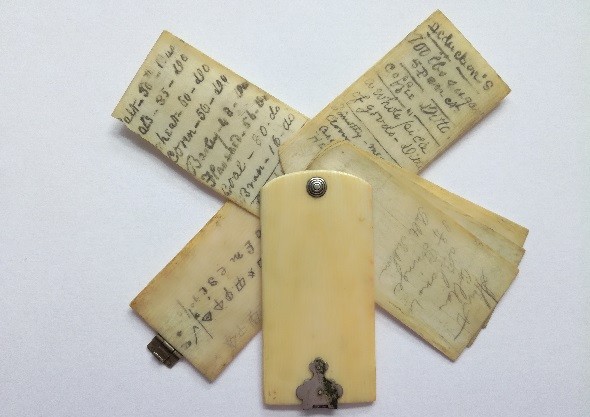 The Museum für Kommunikation in Frankfurt owns a cipher tool from the 19th century. Not much is known about it. Can a reader find out more?

If you check my Cryptologic Travel Guide (powered by Christian Baumann), you will find, among over 120 other places, the Museum für Kommunikation in Frankfurt, Germany. This nice museum is about the history of postal services and electronic communication. I included it in the travel guide because it has a couple of interesting crypto items on display. In 2012, a crypto history meeting with David Kahn took place in the storage facility of the Museum für Kommunikation (organized by Frank Gnegel, head of the museum’s collection department, and me). 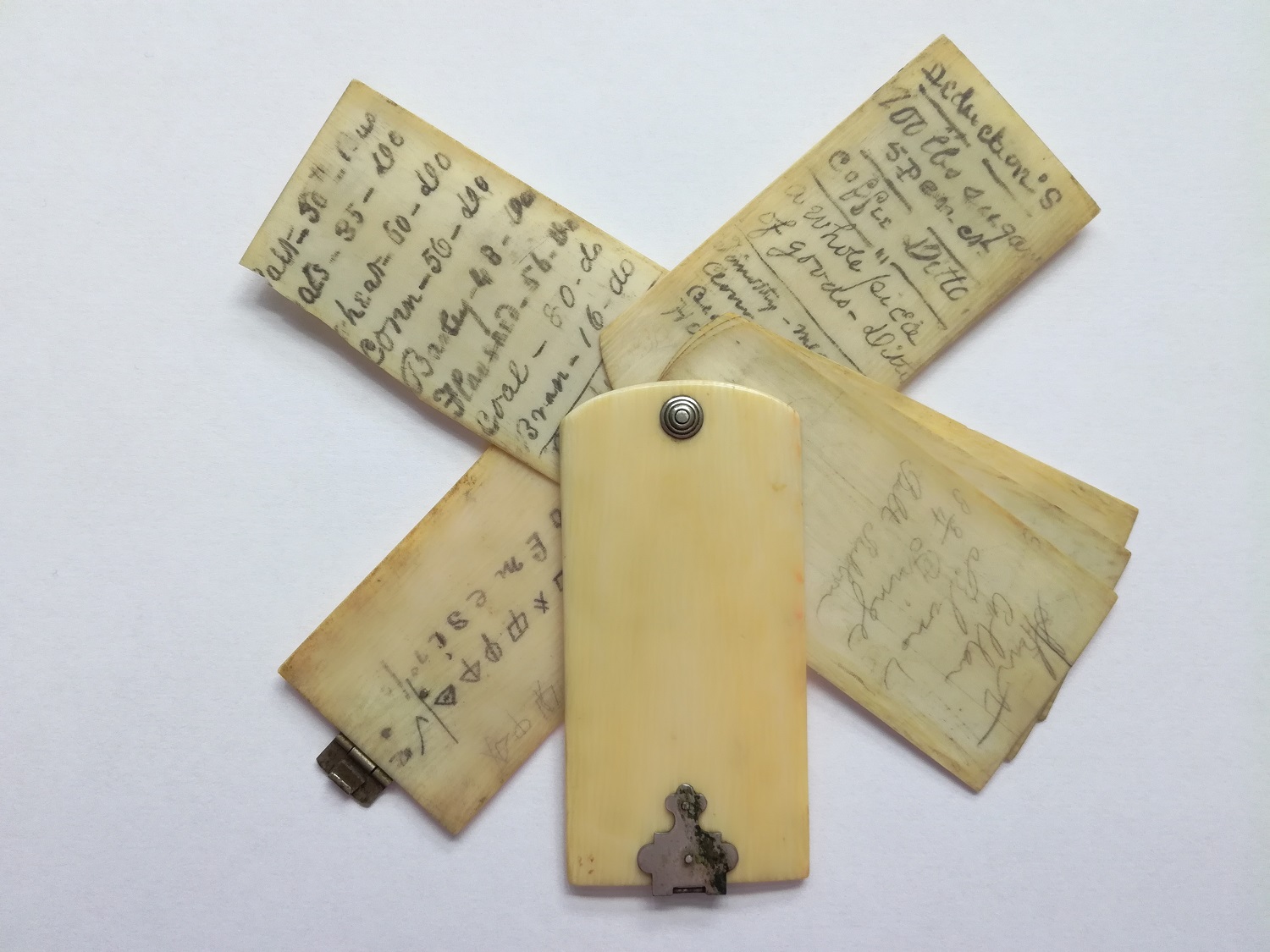 The vendor described this item (he calls it a notepad) as follows:

Here is an interesting civil war era notepad that has a number of commodity price notes, I believe and then the last page is a secret cipher code. Not sure what that is about or if it could be significant historically, but is interesting none the less. Pad measures 2 3/4” in length. Neat piece fresh out of an estate.

Apparently, the vendor didn’t know much about this device. If it is really from the (US) Civil War era, it was made in the 1860s in the USA. However, I wouldn’t take this for granted. Is it really made out of bovine bone? Or is it cow horn? Or even ivory? I don’t know?

As the vendor remarks, one of the pages of this “note pad” depicts something that looks like a cipher table:

The table consists of two rows (the additional writing at the top, which is very pale, is identical to the upper table row). Does this table represent a substition cipher with the ciphertext letters standing above the cleartext letters? If so, the table was probably mainly used for decryption (otherwise it would make more sense to list the cleartext letters at the top).

The cipher alphabet contains only ten letters. This probably means that other letters encountered in the cleartext were left in the clear (a concept that is not uncommon). The letters included in the table are not necessarily the most frequent ones of the English language (E, T, A, O, N). This is not unusual either, as a typical 19th century crypto user didn’t now very much about language statistics. All in all, this cipher doesn’t look very professional.

Can a reader find out more about this unusual notepad? Frank Gnegel and I would be very interested.
Follow @KlausSchmeh