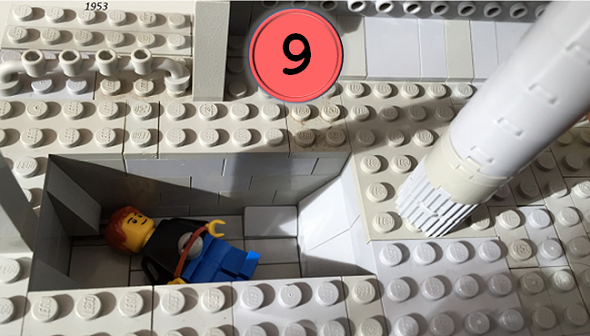 18-year-old chemistry student Paul Rubin was found dead with a cyanide poisoning in 1953. In his possession police found an encrypted message. This cryptogram has never been deciphered.

On January 20, 1953, the body of 18-year-old Jewish student Paul Rubin was found in a ditch at the Philadelphia International Airport. Only 20 minutes earlier, a witness had seen Rubin alive. As it turned out, the cause of his death was a cyanide poisoning. It is unclear whether Rubin committed suicide or whether he was killed. As a chemistry student, he certainly had access to the kind of poison that killed him. 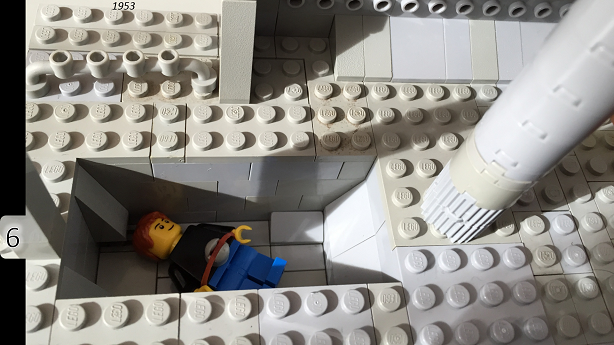 What makes this case especially interesting for crypto enthusiasts is the fact that Rubin had a small box attached to his abdomen, which contained an encrypted message. This cryptogram is unsolved to date. The Rubin case is, along with the Somerton Man and Ricky McCormick, one of only three unsolved criminal cases I am aware of, in which the victim left behind an encrypted note that could not be solved.

I have written about the Rubin case before (in German), but so far, I could not show a good scan of the cryptogram. The following photograph of the encrypted note was all I had: 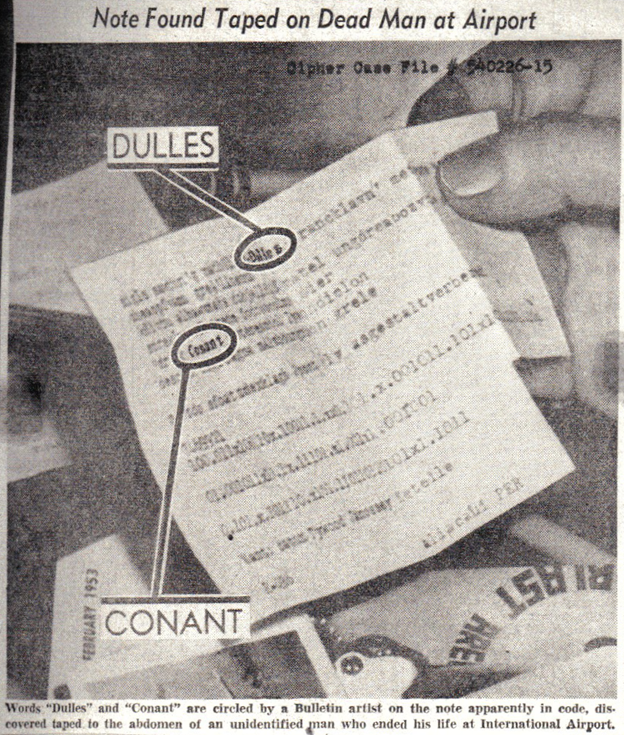 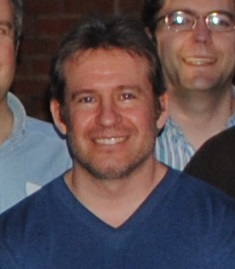 … a US crypto professor and a friend of mind, became interested in the Rubin case, when he wrote his book Unsolved!. He did extensive research and finally found a much better reproduction of the cryptogram. Here it is: 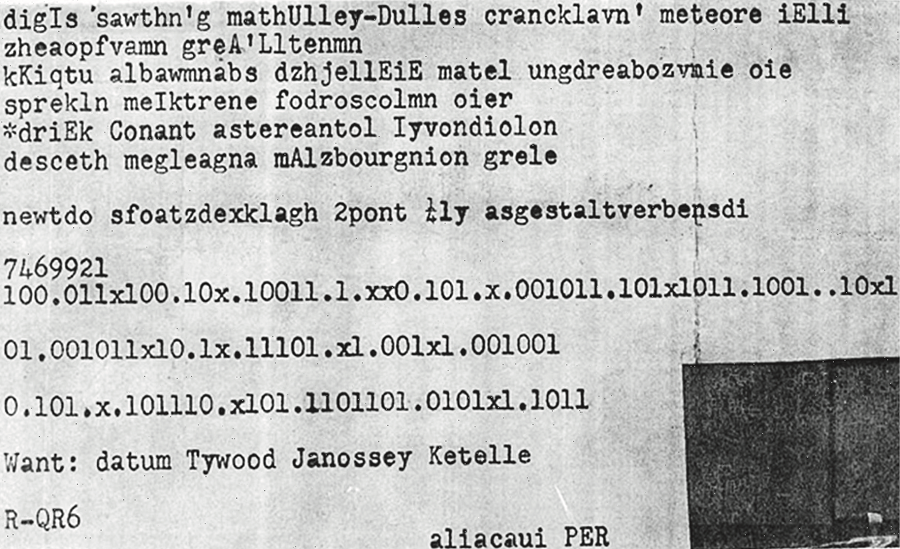 If you are interested in all the details of the Rubin case, I can only recommend Craig’s book, which not only covers this unsolved cryptogram, but also dozens of others.

The Rubin cryptogram has never received as much attention as some other unsolved crypto mysteries. Still, it is clear that this encrypted text is very hard to decipher.

As you can see, the words “Dulles” and “Conant” are contained in the cryptogram (in the clear). These expressions might refer to the politician John Foster Dulles … 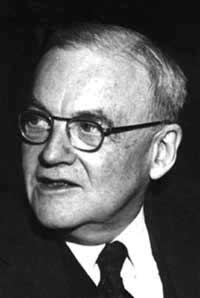 … and the scientist and diplomat James Bryant Conant … 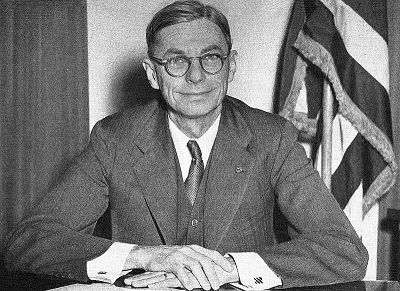 … (though there are other people with these surnames). It is completely unclear why Rubin included these two names. According to his parents, Rubin had always had an interest in encrypted messages. He used a number of complicated codes to communicate with his friends. Rubin was also interested in magic tricks and chess.

The Rubin cryptogram contains a few more expressions that look similar to real words, e.g., “frodoscolmn”, “astereantol”, and “matel”. Expressions of this kind are sometimes used as codewords in codebooks and nomenclators (a phantasy word used as codeword is easier to remember than a number or a random letter string). Did Paul Rubin use a codebook or nomenclator to encrypt personal notes or messages he exchanged with others? This would be unusual, but this cryptogram is unusual, too.

Craig Bauer has another explanation. Perhaps, Rubin created a short text message and added a few dozen meaningless letters (also known as nulls). According to this hypothesis, Rubin choose the nulls such that they formed pronounceable (but not necessarily meaningful) words. If this guess is correct, there must be a method that extracts the meaningful letters from the cryptogram. It might be quite difficult to find this method.

Apart from text-like passages, the Rubin cryptogram contains lines consisting of zeroes, ones, periods and x’s only. This might represent a Morse-like code.

In his book, Craig Bauer writes: “I think Rubin’s message will be recovered. Are you the one who will meet this challenge?” I hereby forward this questions to my readers.
Follow @KlausSchmeh