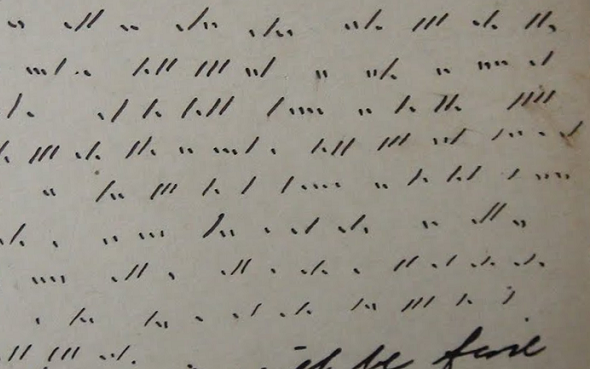 Here’s a postcard written in English that contains two kinds of encryption. Can a reader decipher this two-part cryptogram?

I wish I could tell you where the old building depicted on the following postcard is located: 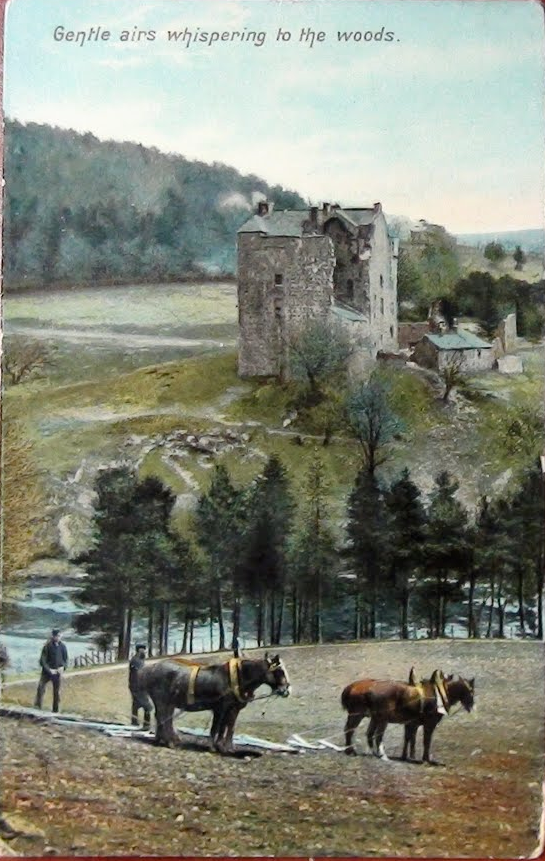 To my regret, I can’t. My guess is that this house (or is it a castle?) stands somewhere in Great Britain. At least, the inscription “Gentle airs whispering to the woods” is in English, and I don’t believe that a building of this kind can be found in America.

A look on the text side of the postcard would be helpful, but the only scan I have doesn’t show the address: 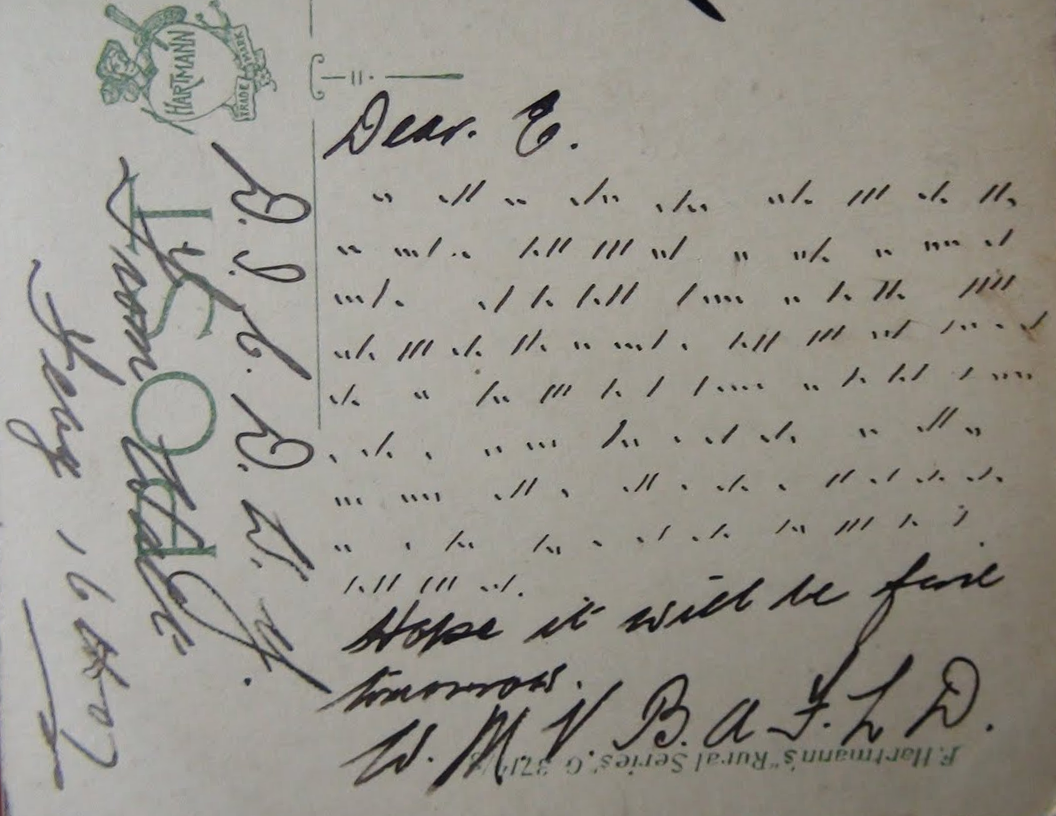 I have found this postcard on the website Postcardese.com. Thank you very much to Richard SantaColoma for the hint.

The cleartext part contains a passage I read as “from Walt, February 16, 1907”. Readers of this blog might know that many of the encrypted postcards one encounters were written in the first decade of the 20th century. So, the year 1907 is quite typical. Most encrypted postcards were written by young men to their spouses. In this case, the young man might have been named Walt.

The dot-and-dash part could be a Morse code message.

The second encrypted part consists of 14 letters: WMVBaJLD / DIbDWY. In my view, this is not an encryption in the classical sense but an abbreviation code. Probably, every letter represents a word initial. It is clear that such a code is difficult, if not impossible, to decipher. At least, there is no unambiguous solution.

Can a reader find out more about this postcard? From where was is sent? What do the encoded text passages mean?
Follow @KlausSchmeh