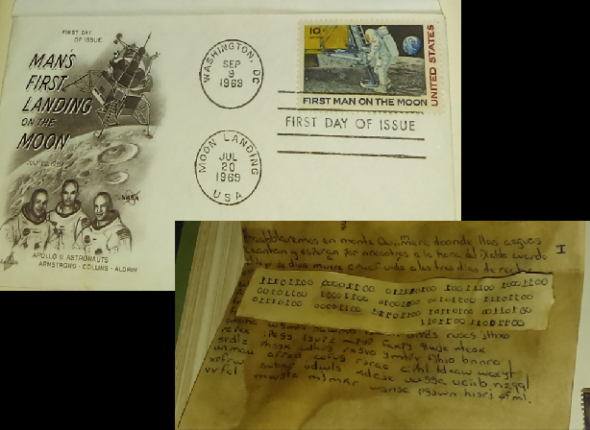 The most popular way to write a message in a byte sequence is the ASCII code. This possibility is discussed in the Reddit group, but so far nobody seems to have found an ASCII decoding that makes sense.

Can a reader make sense of this byte sequence?
Follow @KlausSchmeh